It really is a big dirt bike
by Cary Puyat Jul 7, 2021
MOTORCYCLE BRANDS IN THIS ARTICLE

In my younger years, I dreamed of owning a Honda Africa Twin, just like the ones in the Dakar Rally. Being able to rip around desert dunes and rocky passes was something I always wanted to do.

That is why when Honda first released the Africa Twin Adventure Sports in 2018, it immediately caught my attention, and I decided that it was time to pull the trigger. My goal was to be able to explore far-flung places on two wheels.

Most of our country’s beauty is hidden behind rough trails and off-road paths. The Africa Twin Adventure Sports is the perfect bike to take on such adventures. Here are eight reasons why. 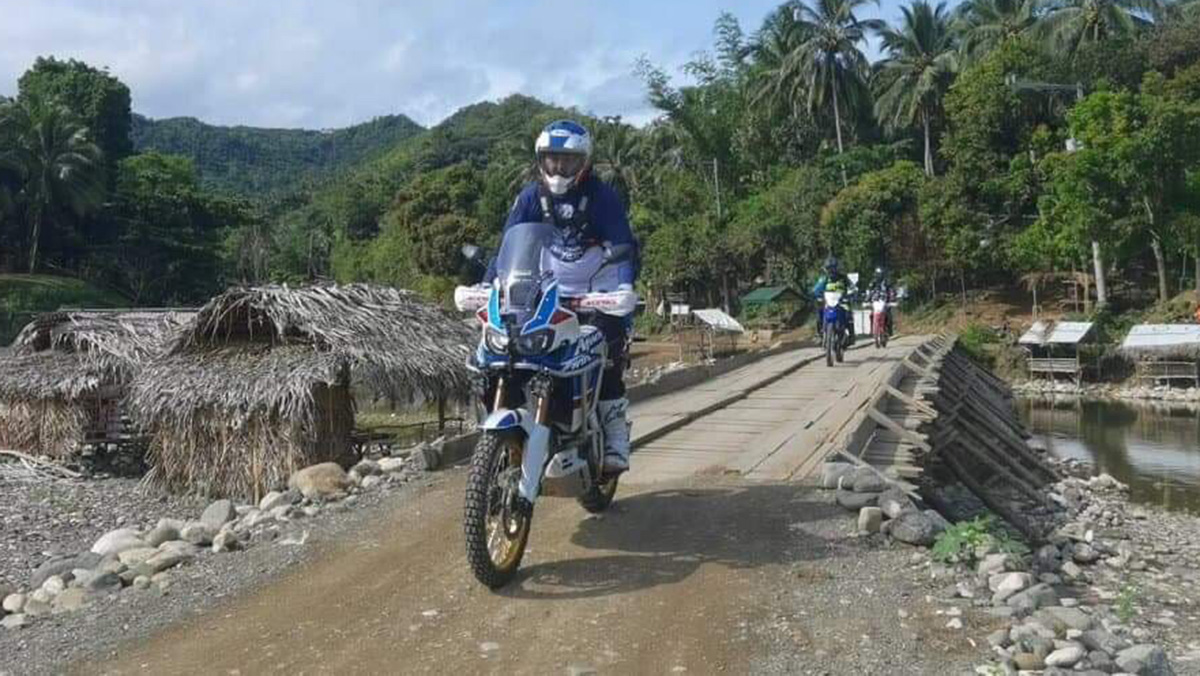 The most important thing when taking any bike off-road is that you’re able to stand on the pegs with ease. Standing up lets you move the bike around underneath you, allowing you to better respond to any obstacles you may encounter.

The Adventure Sports has a taller and flatter seat than the standard model, making getting up on the bike a cinch. With its handlebar set back by 0.2 inches and raisable by 1.3 inches, staying up on the bike becomes more natural. I’ve taken it on quite a number of gnarly trails, and those small adjustments make getting and staying in the standing position a lot easier.

2. Just the right amount of electronics.

Sure, electronics are great for making riding much safer. But if you have too much intervention off-road, you could find your face planted on the trail in no time. It is quite terrifying to experience traction control engage on the dirt. It can throw you off and rob you of the confidence needed to clear obstacles.

Thankfully, the traction control on the 2019 Honda Africa Twin can be switched off. With the Honda Selectable Torque Control (HSTC), you can also dial in the power delivery. The adjustments can be set in-dash via the controls on the handlebar.

On the trails, I like to turn the traction control off and set the HSTC on the lowest power and highest engine braking settings. In a pinch, these simple tweaks provide consistent traction, keeping the bike balanced and upright. 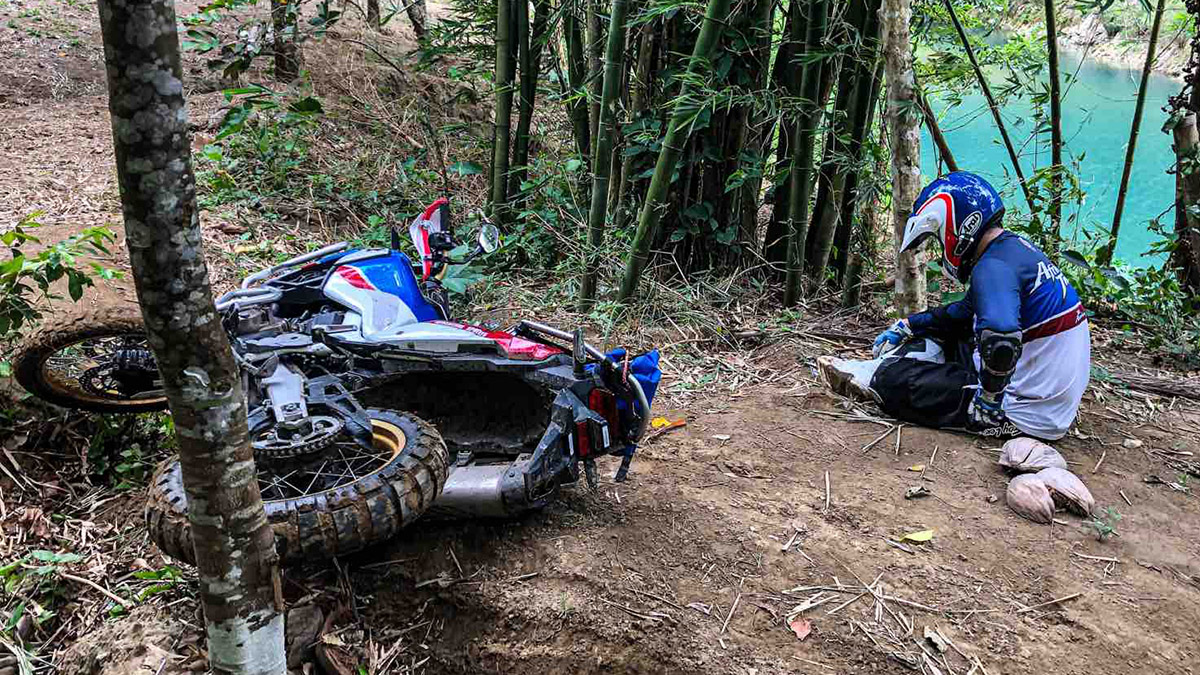 3. It handles its weight very well.

It’s not easy to take a big adventure bike off-road. The Adventure Sports tips the scales at 242kgs. This weight is no joke on the trails, but with some finessing, the Twin tackles the rough stuff quite easily.

Taking it up and down inclines and through ruts and river crossings is made easier with its forward-situated lower mass centralization. Flicking the bike from side to side during transitions is also breeze. Those extra kilos seem to disappear while it’s moving.

The adjustable 45mm Showa inverted fork has 8.9 inches of travel, while the rear adjustable shock delivers 9.4 inches. This combination makes for an amazing 10.7 inches of ground clearance, just a hair below dirt bike levels and probably one of the highest for adventure models. It’s a bike that can roll over sizeable obstacles and remain stable even when pushed to its limits.

4. The engine has gobs of torque.

Riding off-road isn’t about horsepower—it’s about torque. The Africa Twin has a whole bunch of it with 99Nm at 6,000rpm, while the power from the 998cc powerplant sits at 95hp at 7, 500rpm. The Adventure Sports variant has increased midrange grunt, couirtesy of some tweaks to the airbox and exhaust.

The result is more pull in the middle range and an exhaust bark that growls with that familiar burble produced only by a crossplane crankshaft. 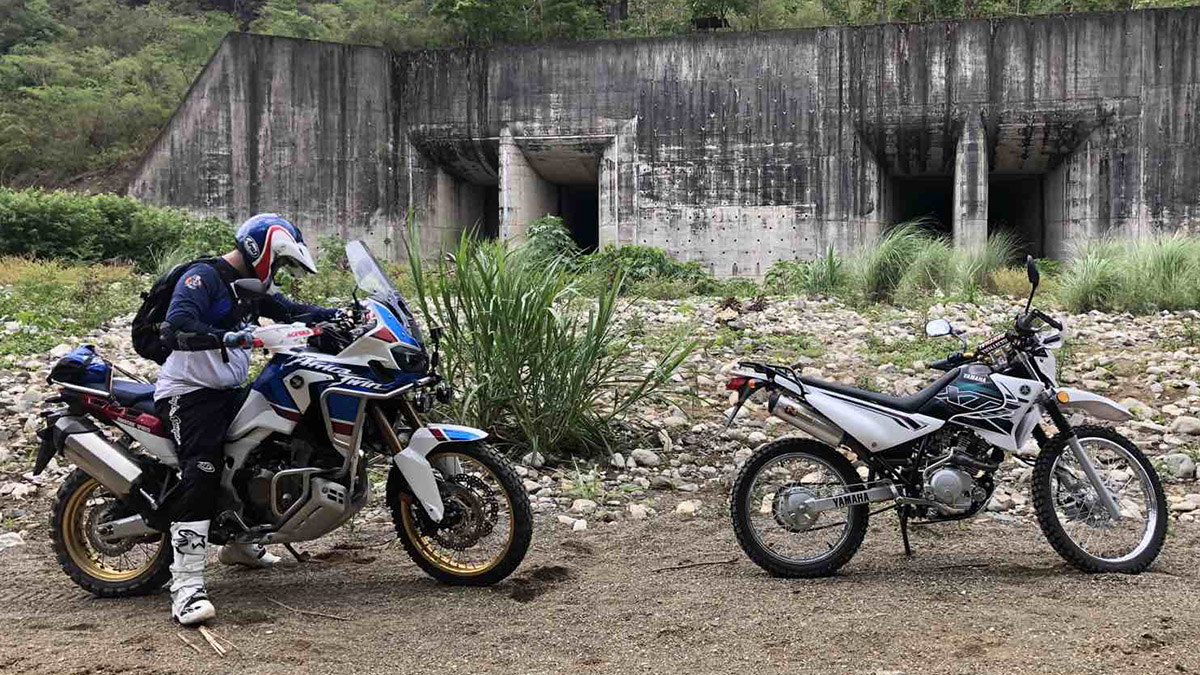 5. The transmission is super smooth.

When purchasing my Africa Twin, I opted for the manual gearbox precisely because I wanted to go off-road where being able to slip the clutch is crucial. Its clutch lever is light and smooth, as the aluminum clutch center and pressure plate use assist cams to ease shifting. Underneath, slipper cams were used to limit back-torque during deceleration and downshifting, translating into smooth power delivery when traction is limited and providing an excellent lever feel that is easy on the hands.

The Twin has a steel semi-double-cradle frame that feels as sturdy as heavy construction equipment. I know this because of the numerous hard spills I’ve taken.

The bike has been stuck up narrow hill climbs, partly submerged on river crossings, and sloshed around in mud, but nothing could stop it. All I had to do was pick the bike up, hit the starter, and it would pull like a tractor every time. All I can say is that Honda built this bike for riders who like to take their bikes anywhere.

7. The rally styling is awesome.

I don’t choose bikes based on style, but the Adventure Sports was love at first sight. What immediately struck me was the rally-style front end with the windshield that was raised 3.1 inches and the Honda Racing livery in white. Plus, the bike came standard with upper crash guards and a skid plate. This bike is a worthy homage to the old XRV650 and XRV750 racers of the past.

This may sound crazy, but the Africa Twin is a blast on the track. I’ve taken it up to Clark International Speedway shod it with Pirelli Scorpion Rally STRs, and it put middleweight sportbikes to shame in the corners.

With the Twin esentially being a big dirt bike, it is easy to brake much later and tip in corners while holding a tighter line. On the road, the bike is plenty comfortable and powerful enough to get you through to your next adventure, sucking up highway mileage with ease.

You will be hard-pressed finding another full-size adventure bike that goes right down to business and can handle itself off-road. 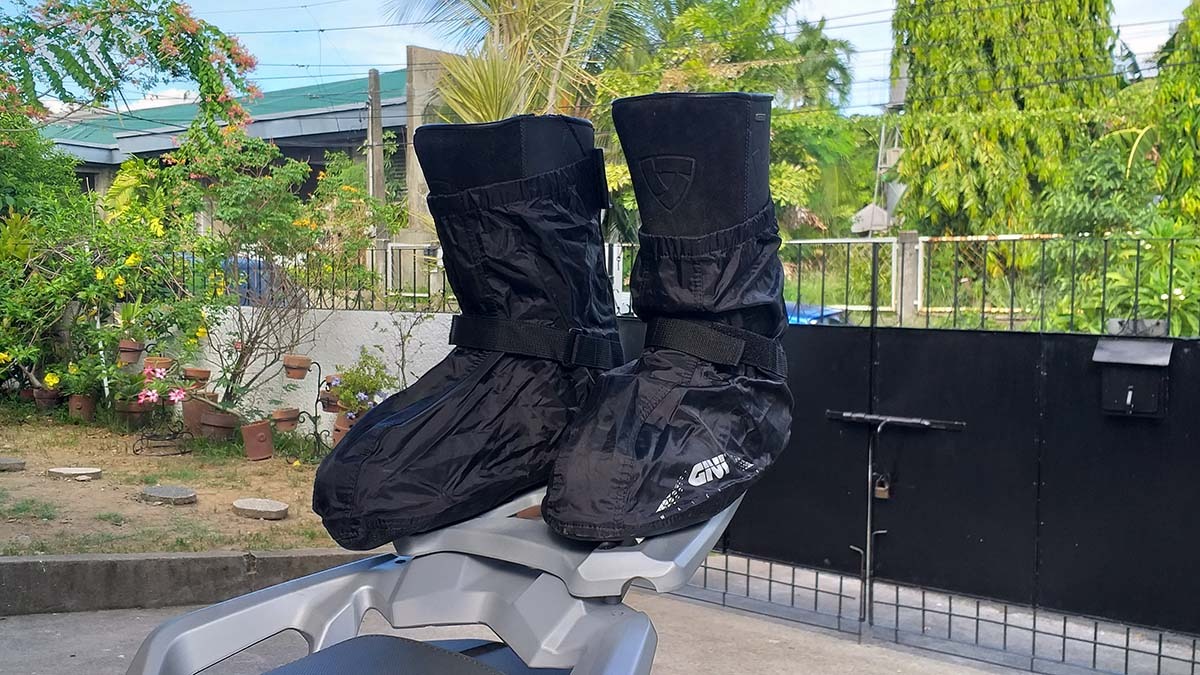