Cocoy has since opened a physical coffeeshop for The Bike Coffee CDO
by John Paulo Aguilera Apr 7, 2021

When one door closed for Ruggierro ‘Cocoy’ Rubio, another opened in the form of The Bike Coffee CDO.

A bartender in the hotel industry for six years, Cocoy was suddenly faced with unemployment due to the COVID-19 pandemic. Luckily, he had worked with fellow bartenders who taught him coffee preparation. Turning his interest into a passion, the man decided to pursue his business concept: a mobile bicycle cafe.

He shared: “I thought, ‘So this is how hard it is to be jobless.’ When you want to eat something, or start a capital for something—nothing, you can’t do it because you’re down to zero. It was the first time I had no job after many years in the industry.

“Because the call center industry in Cagayan de Oro is booming, I thought that my coffee business could succeed... I’ll [put up my mobile cafe] outside a call center, I just have to ask permission.”

Cocoy finally launched The Bike Coffee CDO in early February with a small capital and some basic coffee-making equipment. His budget for coffee beans was only P700. Now, he sells a cup for P35 to P80 at Rodelsa Circle. The Bike Coffee CDO’s signature brew is coffee infused with alcohol and is called ‘Mexican Coffee.’

He recalled how his initial clients had doubts about his product: “‘What is that coffee? You can do it that way? Is it clean?’ Like they’re hesitant [to try]. ‘Is it safe? Do you have a sanitation permit? Medical permit?’”

His response? “‘Actually ma’am, I do have documents because I came from the hotel [industry].’”

Cocoy recently opened a physical coffeeshop, which is opened from 8am to 12pm along Pabayo Gomez St. in Cagayan de Oro. He then shifts to his mobile cafe from 3pm to 6:30pm.

Watch his full story below: 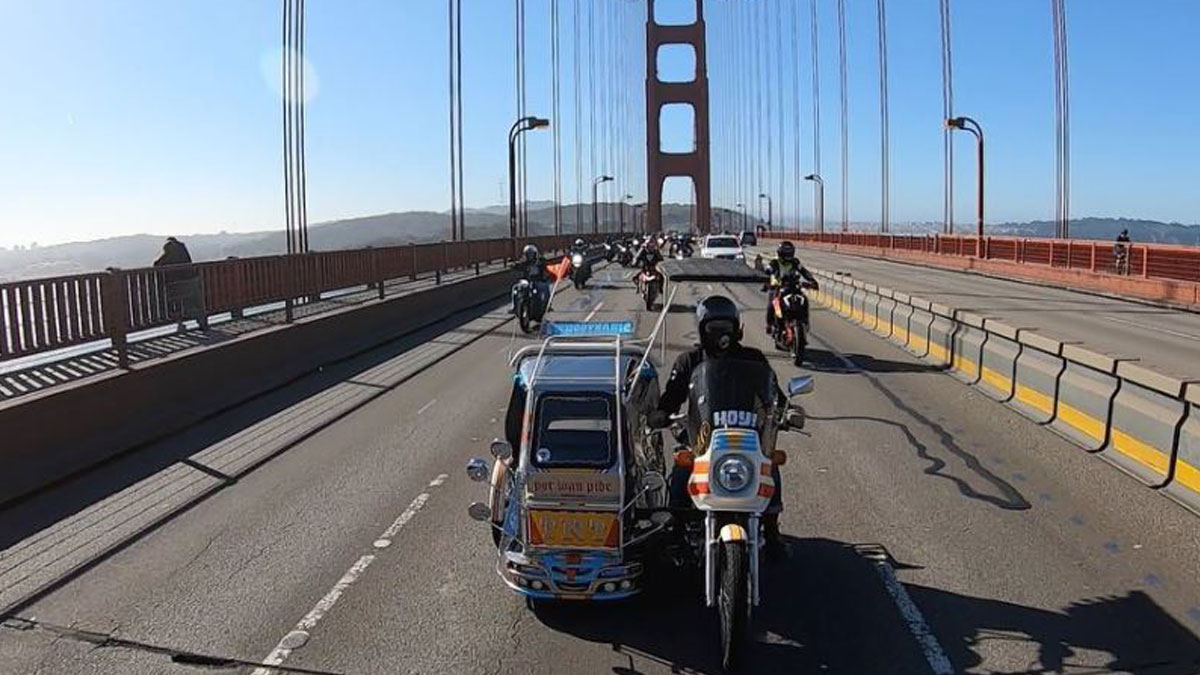 A tricycle just crossed the Golden Gate Bridge in the US
View other articles about:
Read the Story →
This article originally appeared on Topgear.com. Minor edits have been made by the TopGear.com.ph editors.
Share results:
Retake this Poll
Quiz Results
Share results:
Take this Quiz Again
TopBikes Rating:
/20