10 Things that make this three-wheeler a PWD-friendly vehicle

This can provide comfortable mobility in these hard times

Among the sectors affected by the COVID-19 pandemic are persons with disabilities (PWDs), who now find it difficult to move around due to the shortage of public transportation.

This proved to be a big challenge for Jeffrey ‘Pong’ Ylagan, owner of Ylagan Customs, who happens to be a card-bearing PWD himself. About a year ago, the idea of building a vehicle specially designed for PWDs suddenly popped into his mind. He had high hopes that his creation would soon be emulated by others. 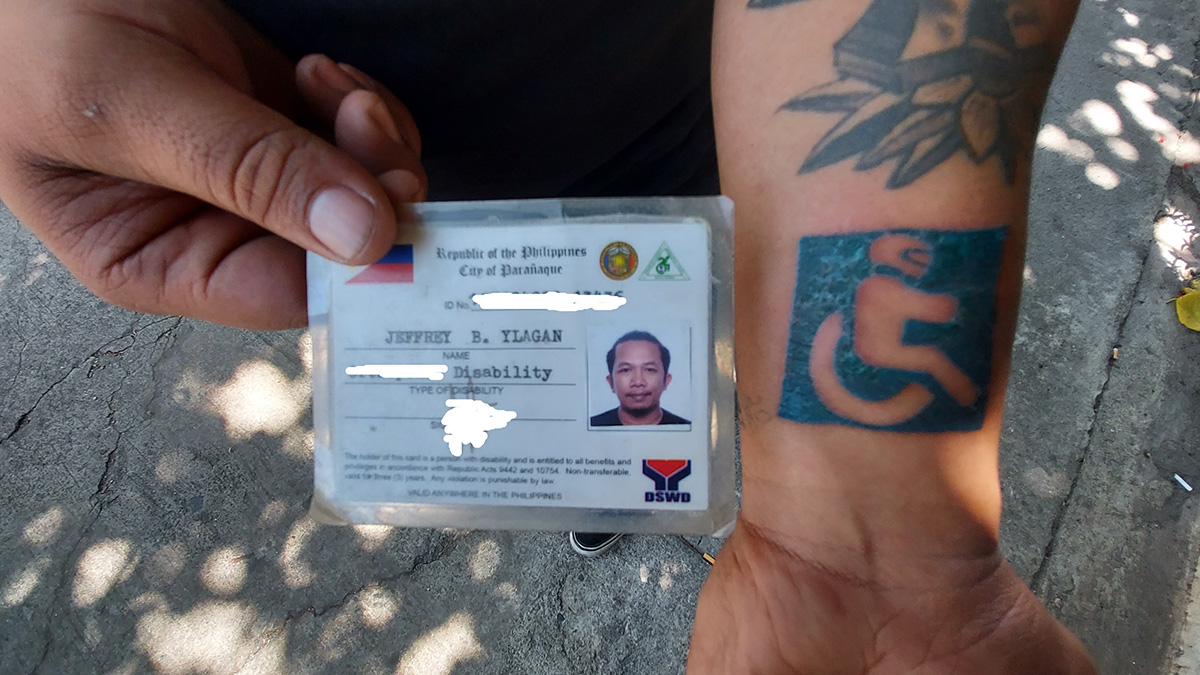 Fortunately, Jude Camus of Bajaj Philippines came knocking on Ylagan’s door with a brand new Bajaj RE—a multi-purpose three-wheeler, powered by a 200cc engine—for the latter to convert to his liking.

Recently, Ylagan finally came up with his masterpiece. Two days ago, he showed a custom-made three-wheeler to Top Bikes Philippines and operated it before a scheduled online presentation by Bajaj Philippines. He acknowledged the efforts of his older brother, Joel, and their friend, Ed Pesayo, for assisting with the design and bodywork.

Ylagan named his cute transporter ‘PuWeDe.’ Here are the 10 modifications meticulously done by his team on the three-wheeler to make it a safe and comfortable ride for PWDs.

The flooring was altered

The flooring of the RE was reconfigured to be able to accommodate a wheelchair. The front seat and its bolt placements were also removed to flatten the floor.

The steel posts were dismantled

To allow the easy ingress and egress of the wheelchair, the metal posts that hold the canvas roof from the side of the vehicle were dismantled.

Even with the floor altered, the team members opted to retain the suspension to lower the vehicle so the driver has easy access to the cockpit. According to Ylagan, doing so will not compromise the RE’s handling

The handbrake and reverse levers were relocated 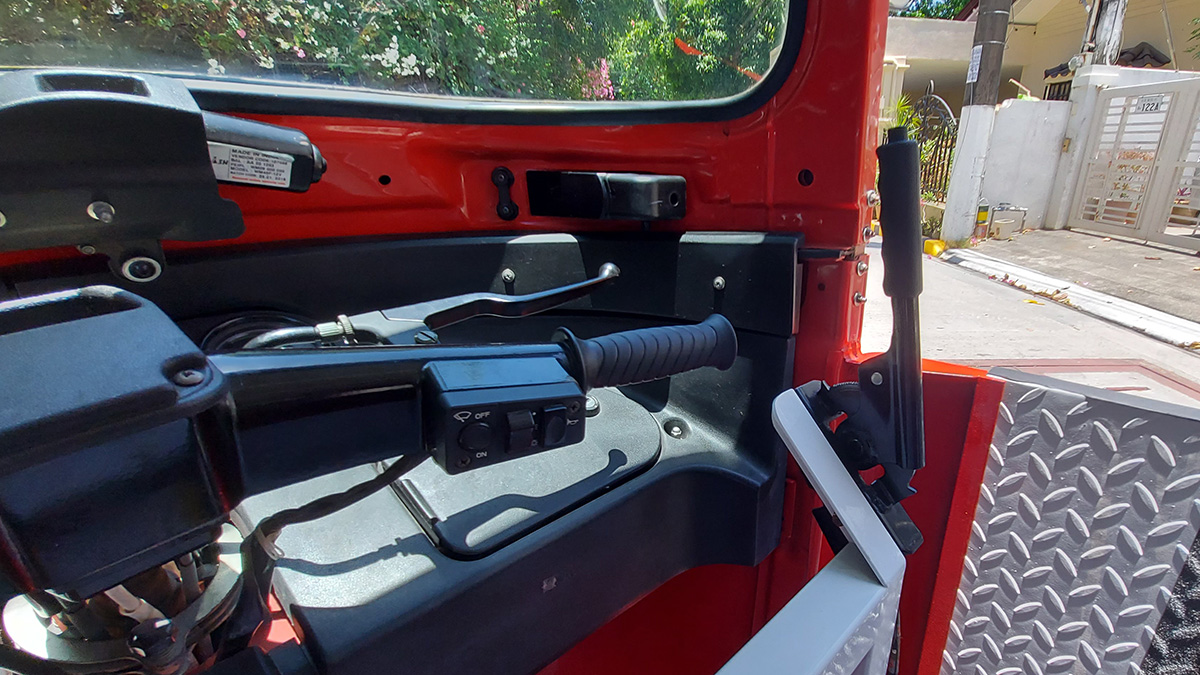 The original position of the RE’s handbrake and reverse levers is at the floor area. With the driver seated on a wheelchair, the team thought it would be wise to put these two controls on the same level with the handlebar for easier use.

No more braking by foot 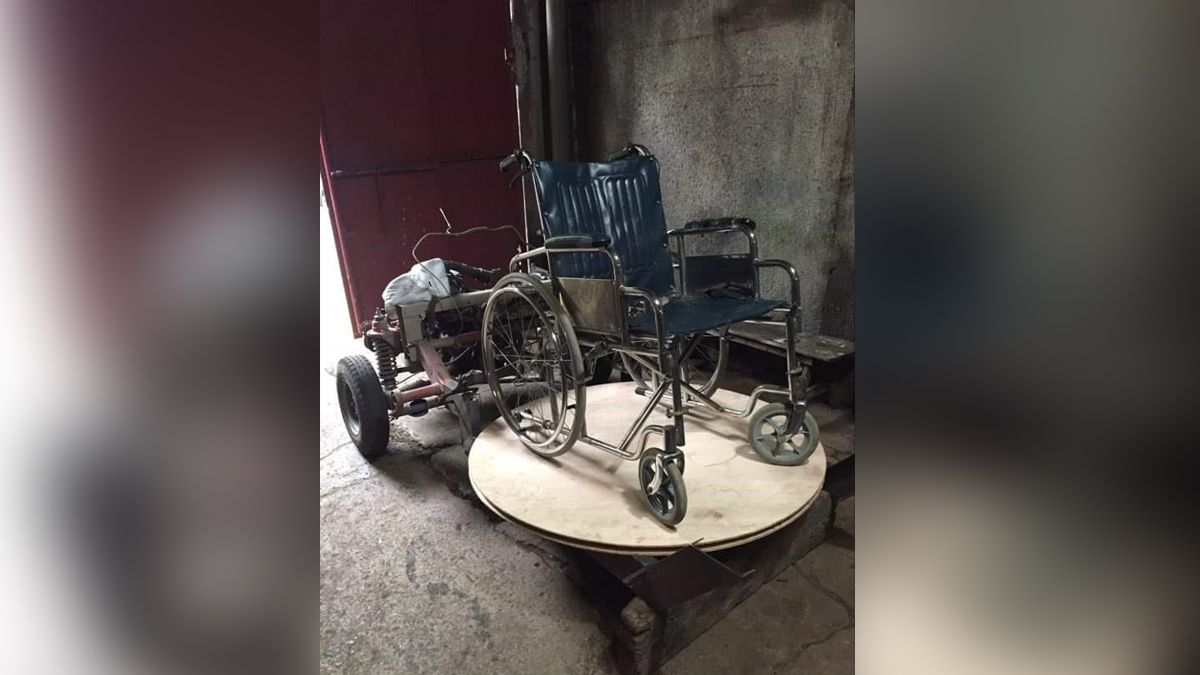 To allow the driver to rotate himself while seated on a wheelchair inside the vehicle, a lazy Susan was installed on the floor using a set of five-inch bearings underneath the huge, round metal plate. Ylagan also used a spring-loaded locking system mounted on a slim steel post positioned beside the driver to stop it from rotating.

A set of grip tapes were laid on the metal floor to prevent the wheelchair from sliding when the vehicle starts moving. Ylagan says the grip tapes are effective only for low-speed vehicles like the RE.

The seat belt is still a must 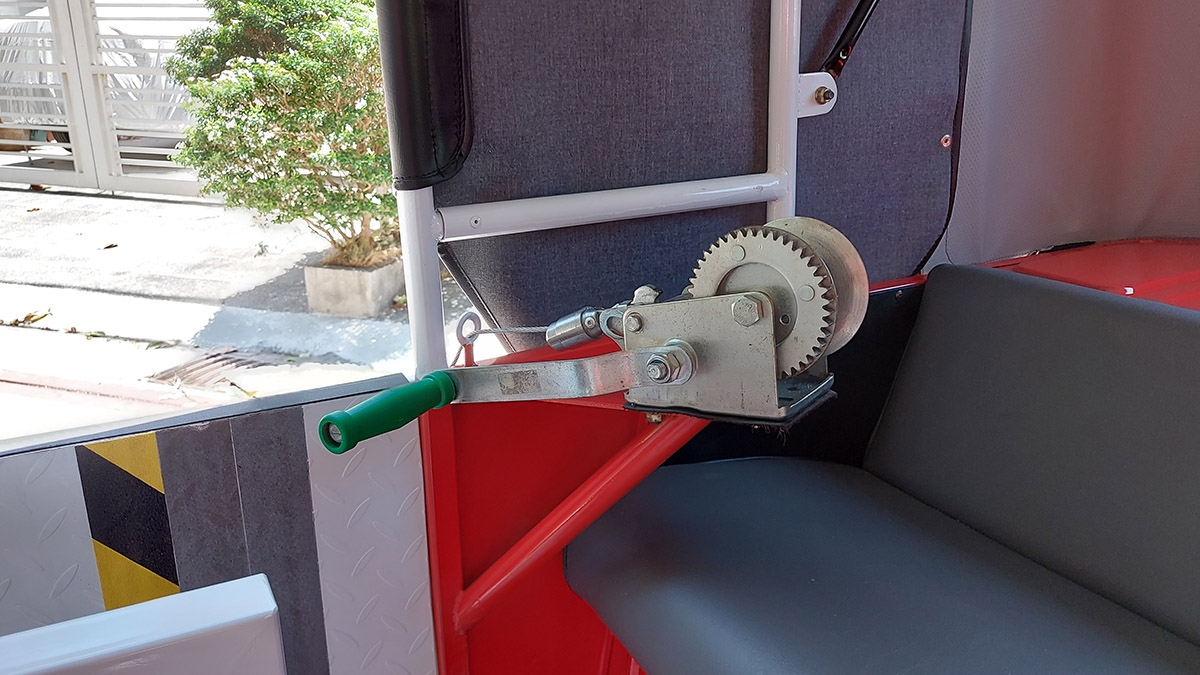 For safety and legal reasons, Ylagan and his team have committed to installing seat belts for the driver and two passengers soon.

A winch helps to move the ramp up and down

The manual winch is one of the main features of this vehicle, aiding the driver in opening or folding the  metal door, which also serves as a ramp for wheelchairs. Ylagan opted for the manual winch to cut costs, although using a hydraulic one is also possible if the owner wants it. 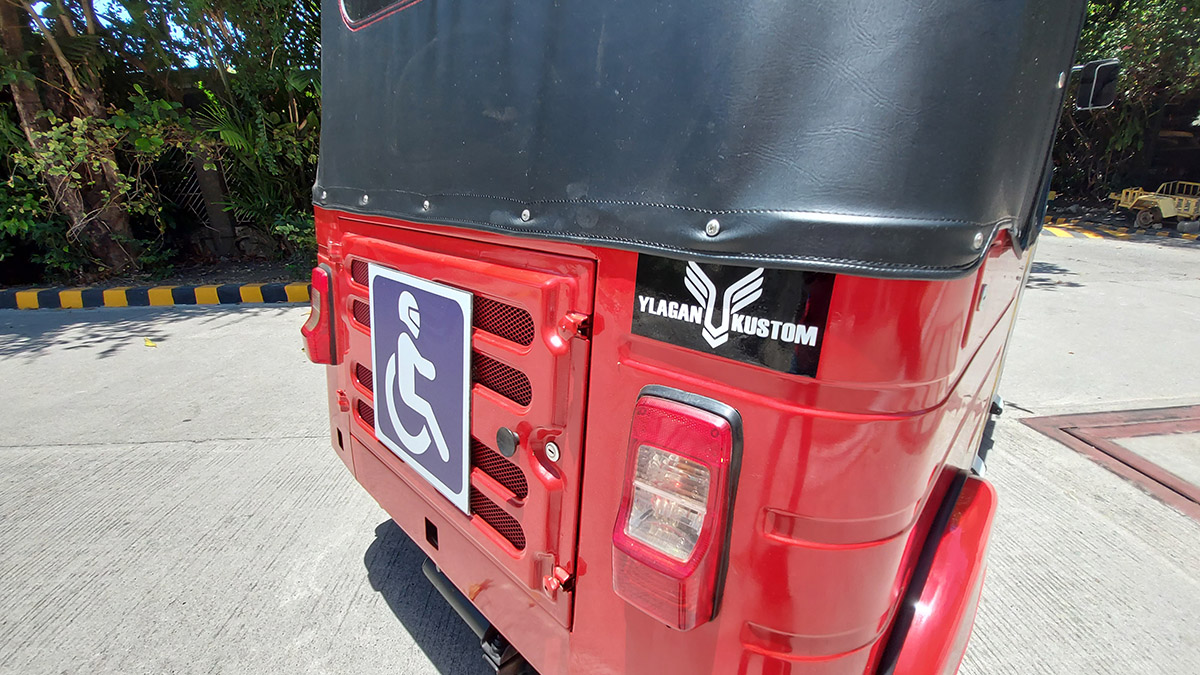 Ylagan thought it would be best to come up with big and bold PWD decals to be placed on the vehicle so that the rider can be given due courtesy and respect on the road. 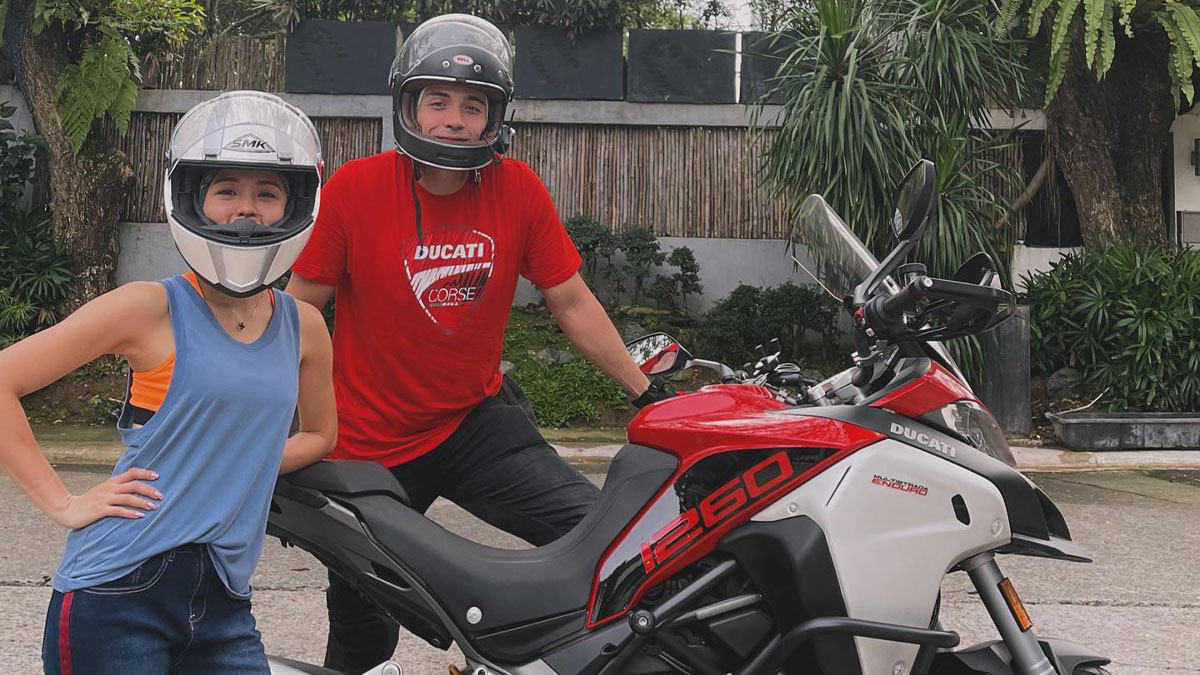