This Cebuano is riding the Philippine Loop on a three-wheeler

Some riders find it hard to control their riding itch, so they go out regardless of the weather. Those wanting to earn a finisher badge for completing the Philippine Loop are no exception to this.

With the Philippine loop now becoming part of every rider’s bucket list, a growing number of its participants apparently want to leave an indelible mark in local motorcycle history by pulling off something extraordinary and, of course, inspirational, as they endure the long journey. 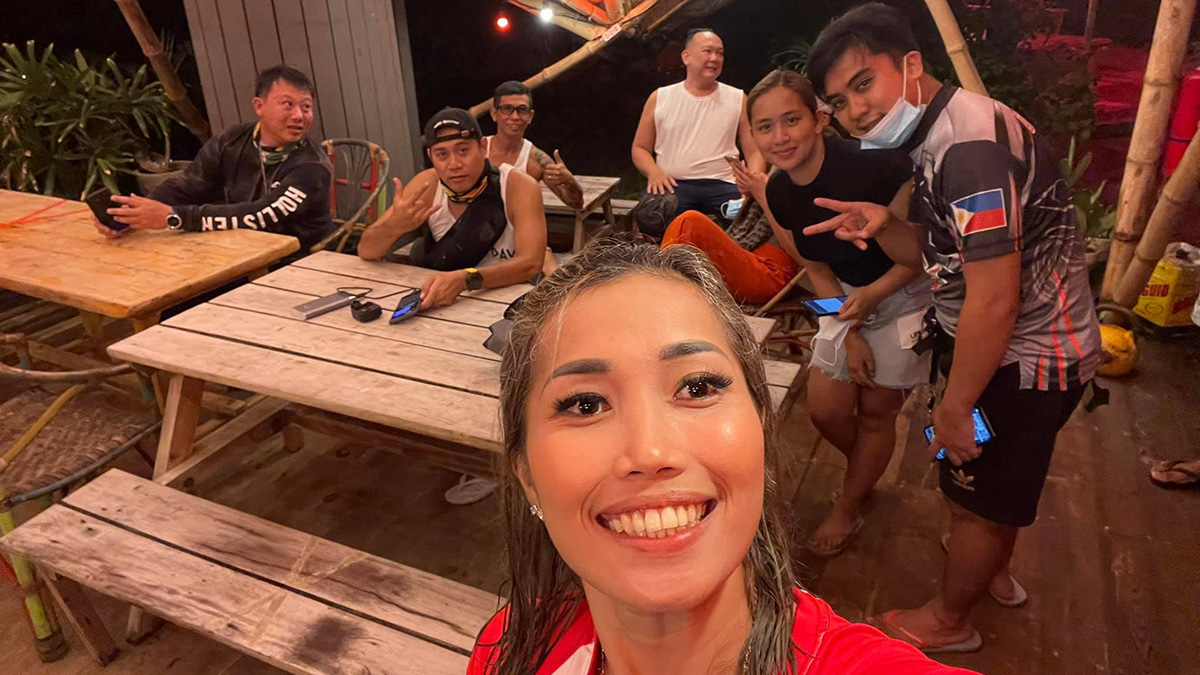 Hence, a group of riders that took off from Cebu on July 16 en route to Luzon for the final stages of their 5,000km journey caught our attention.  Though they might not be the first to ride the loop amidst the threat of monsoon rains and flooding, what made this group a bit more interesting is having a lady rider who happens to be the first participant to ride a three-wheeler. Yes,  Sheila Cangke is completing the loop on a Can-Am Ryker Rally Edition.

“Ang sarap ng biyahe on a three-wheeler. Sobrang kumportable, very stable, at malakas ang makina,” says Cangke, a.k.a. Shiela the Biker Chic on social media. The group took off from Cebu with clear weather, but as they reached Luzon, they were met heavy monsoon rains that triggered flooding along the route.

Cangke was joined by her husband, Jimmy Gonzales Clemente (Jimizee), and other riders from Cebu that included Brian Belandres (Doc on Wheels), Broderick Go (Brad Go), and Miguelito Yu, as well as Jeffrey Limcauco and Karl Heinz Adornado from Laguna. Most of the time, Cangke either positioned herself in the middle of the pack or second from the lead rider for safety. The rest of the crew rode big bikes. 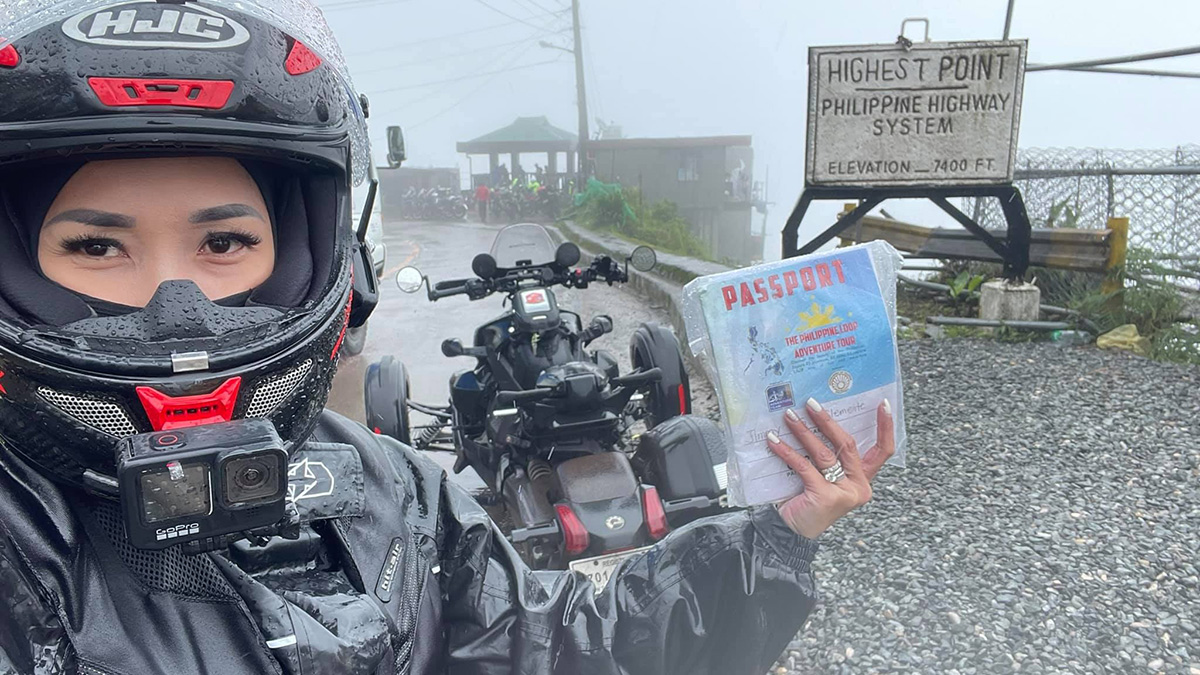 As of this writing, Cangke’s group has just landed in Bolinao, Pangasinan, with some 1,800km logged since they left Cebu. In 2017, Cangke owned a Can-Am Spyder Limited—the same model President Rodrigo Duterte rode around Malacañang on several occasions.

It didn’t take long for her to let go of the Spyder because she found it too bulky. On the other hand, she considers the Ryker perfect for her build. One of Cangke’s fondest moments with the three-wheeler was when she rode it along the southern and northern Luzon tollways for the first time. “Yun mga nasa sasakyan na dumaraan, pini-picturan ako,” she adds.

Prior to the Luzon leg, the group had already completed the Mindanao and Visayas routes on March 18. According to Cangke, the Ryker gave her a hassle-free experience, except for the bumper which flew off when she hit a big rut somewhere in Atok, Benguet. 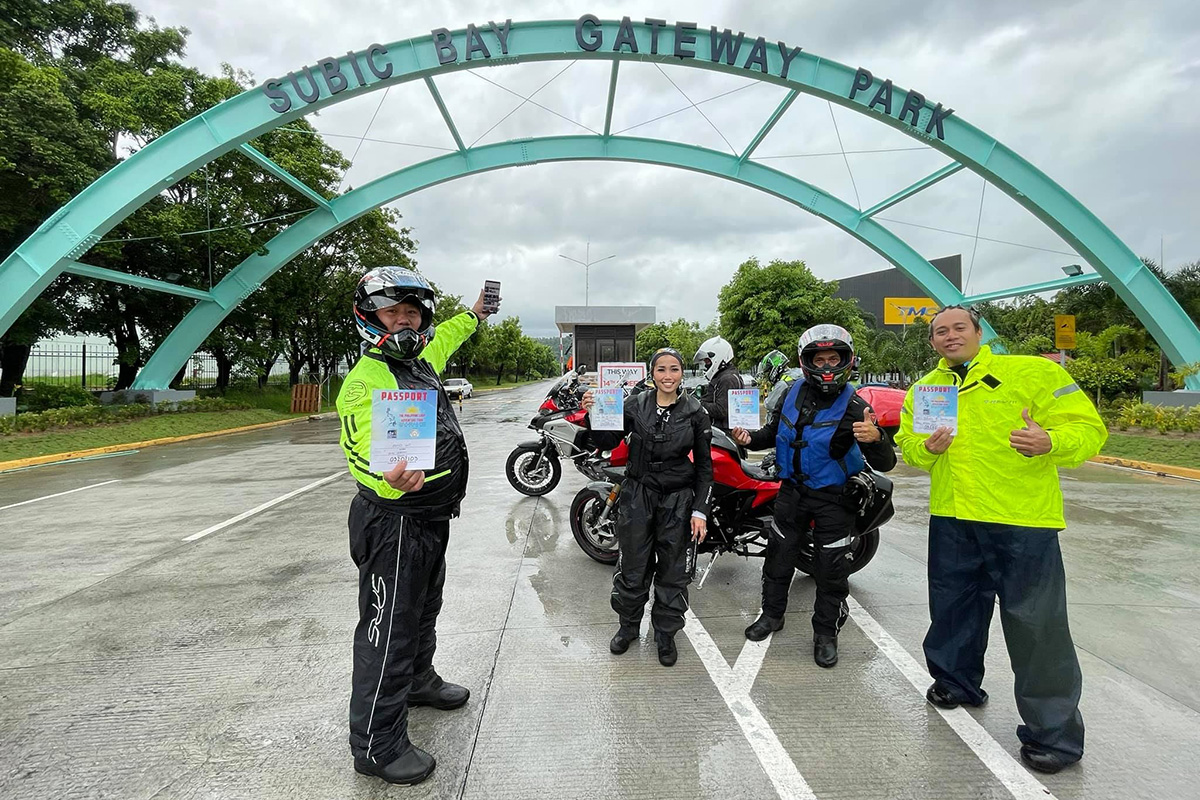 Cangke first rode a two-wheeler in 2010—a Yamaha YZF1000—until her husband realized that big bikes are not for her just yet. So he decided to get her a Spyder from RDAK Powersports instead. And that’s when the businesswoman’s love affair with three-wheelers began.

The team expects to be back in Cebu on August 5 to complete the tour. But before that, they will pass by Clark International Speedway on July 31 for Cangke to undergo riding training at MotoCamp under coach Che Estepa.

Do you think Cangke will be singing a different tune after the track sessions? 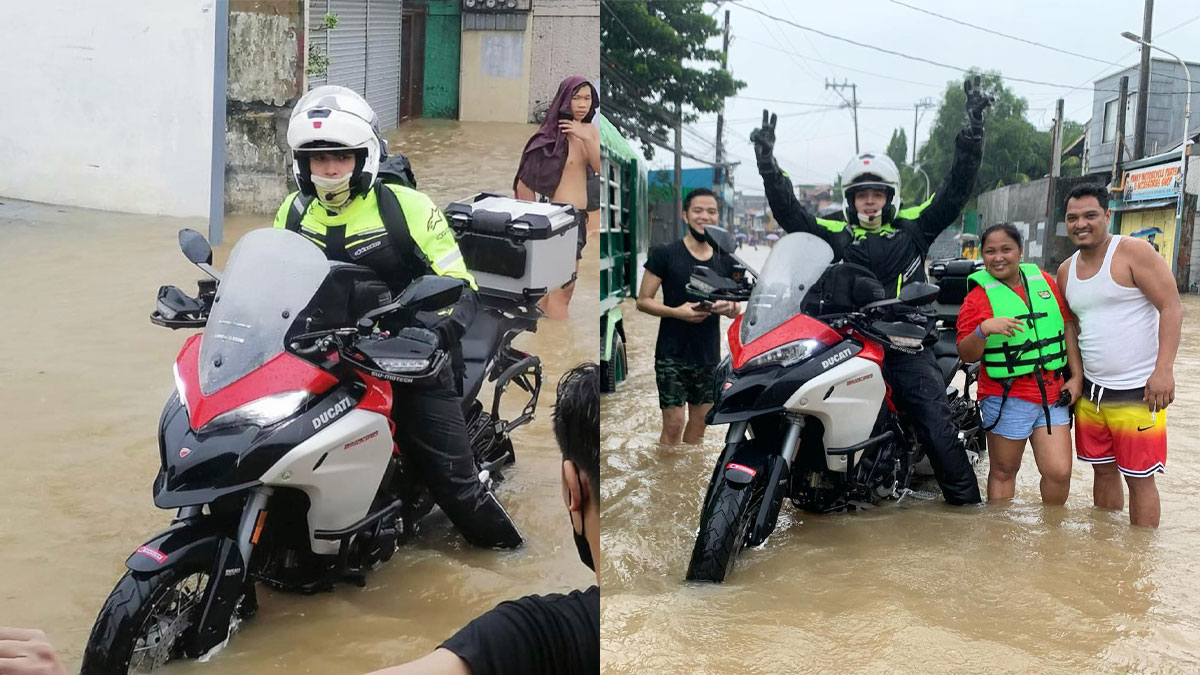 Xian Lim braves the flood with his Ducati Multistrada 1260
View other articles about:
Read the Story →
This article originally appeared on Topgear.com. Minor edits have been made by the TopGear.com.ph editors.
Share results:
Retake this Poll
Quiz Results
Share results:
Take this Quiz Again
TopBikes Rating:
/20