Foodpanda riders in Sorsogon pay respects to their fallen comrade

Makki Jasareno thought that he was near the Foodpanda head office in Sorsogon when he saw a throng of delivery riders lined up on both sides of the road. He then realized that it wasn’t just an ordinary congregation when the couriers sounded their horns and raised their helmets while a funeral procession was passing by.

Eugerio, who served as a rider for Jollibee (where he also worked as a mascot), LBC, and Greenwich before joining Foodpanda, recently succumbed to a heart attack. Photos and videos of his fellow couriers paying their last respects circulated on social media over the weekend. 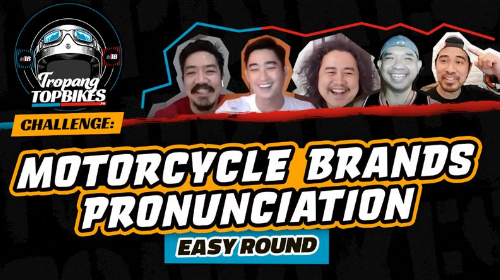 Do you know how to pronounce these motorcycle brands?
View other articles about:
Read the Story →
This article originally appeared on Topgear.com. Minor edits have been made by the TopGear.com.ph editors.
Share results:
Retake this Poll
Quiz Results
Share results:
Take this Quiz Again
TopBikes Rating:
/20