More celebrities have been trying off-road riding—the Gutierrez family, Moonstar88 vocalist Maysh Baay, and actor Carlo Aquino are just a few examples. There are those, though, who have been into it for a while now, like Jason Abalos and Ryan Agoncillo.

The two recently hit the dirt at the Mitas-KRB Offroad Track in Antipolo, Rizal. The 36-hectare play park along Marcos Highway is a popular spot for riding enduro, mountain bikes, all-terrain vehicles, and 4x4s.

They shared photos of the experience on their respective Instagram accounts:

Judging by their look, not to mention Abalos’ “Pagalingan sa pag-kembot” comment on Agoncillo’s post, they must have done some serious work on the dirt track.

Both are quite experienced adventure bike riders. Ryan owns a KTM 790, which he once brought on a camping trip. For his part, Jason just picked up the R variant of the same unit at KTM BGC, as seen on his motovlog a couple of weeks ago.

He went on to meet up with another celebrity rider, Oyo Sotto, to circle Laguna de Bay a.k.a. Laguna Loop. The group had to settle for having the Pililla Wind Farm as the background for their photos, however, due to restricted access. 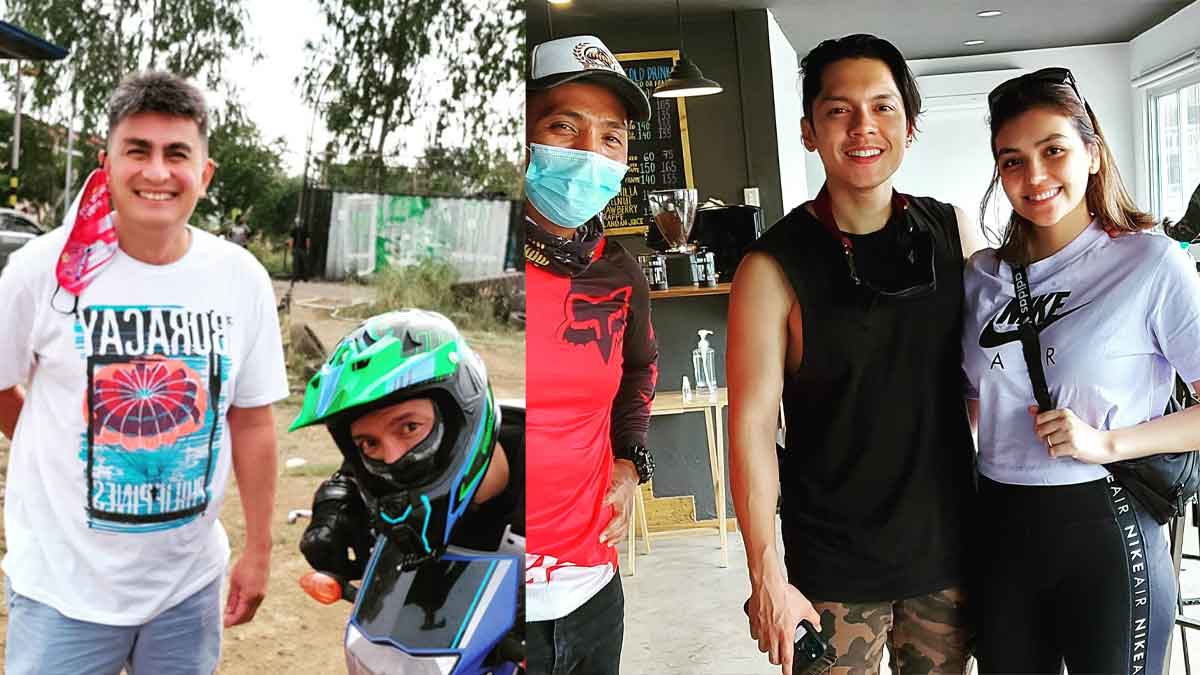 Carlo Aquino brushes up on his riding skills with off-road lessons
View other articles about:
Read the Story →
This article originally appeared on Topgear.com. Minor edits have been made by the TopGear.com.ph editors.
Share results:
Retake this Poll
Quiz Results
Share results:
Take this Quiz Again
TopBikes Rating:
/20