Jericho Rosales credits his father for his love of motorcycles

The actor also shared the origin story of The Brap Pack
by John Paulo Aguilera Jan 22, 2021

Jericho Rosales has opened up about his passion for riding on the latest episode of the Tunay na Rider podcast.

According to the award-winning actor, it was his father who was the true original rider in family. As an insurance agent, his dad traveled the Philippines riding a red Kawasaki T3.

Rosales got his first bike in 1999, a Yamaha R6, which he described as a “really, really fast bike that I can ride really, really slow, ha ha!” After nearly getting into an accident with the sportbike, he eventually switched to a Vespa.

Fast forward to 2014, he was referred to Ropali by a couple of friends, who helped him find the perfect custom bike with which to return to the scene.

“The first ride that I joined, sila Drew was just like on the throttle the whole time. Di mo aakalain na ganun kasi mukhang ang babait, sila nila Ryan (Agoncillo), matitino, ang aamo ng mukha. Pero nung nag-ride, as in tuloy-tuloy lang. So follow lang ako nang follow sa kanila, and in my head was just like, ‘Brap, brap brap, brap, brap.’ Then I got the name from Rat Pack.”

Check out the full episode of Tunay na Rider featuring Rosales below: 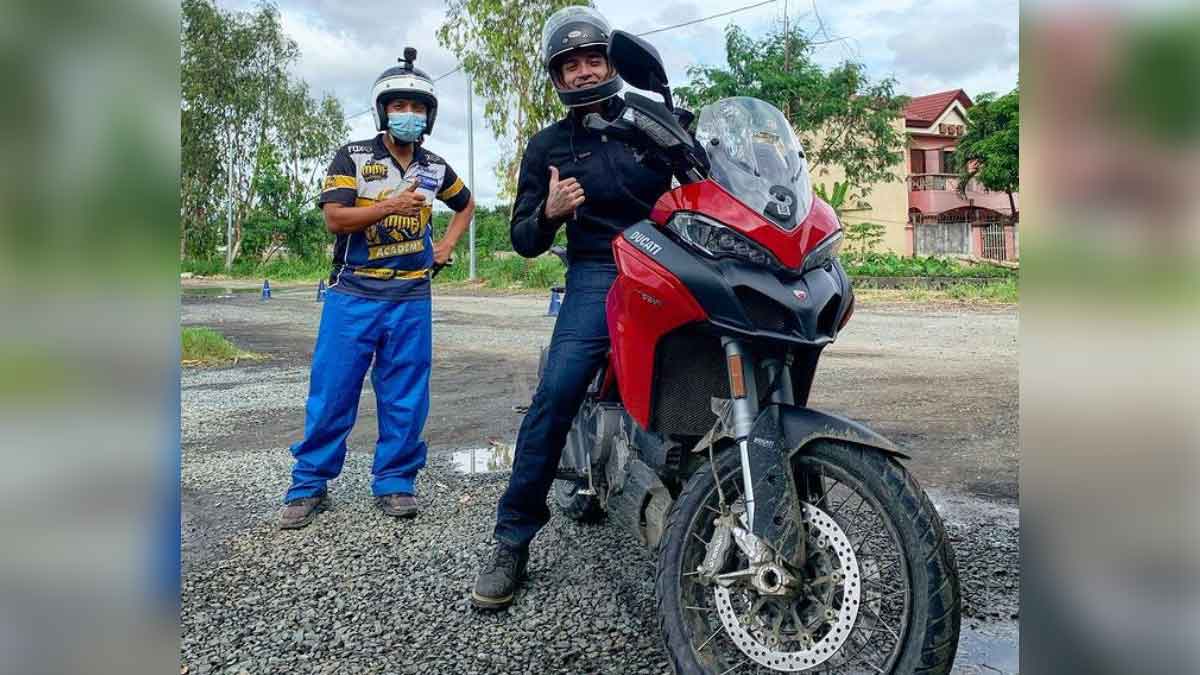 Xian Lim is an eager riding student
View other articles about:
Read the Story →
This article originally appeared on Topgear.com. Minor edits have been made by the TopGear.com.ph editors.
Share results:
Retake this Poll
Quiz Results
Share results:
Take this Quiz Again
TopBikes Rating:
/20