How Keanu Reeves made ‘Cyberpunk 2077’ motorcycles a (virtual) reality

Keanu Reeves’s involvement in Cyberpunk 2077 isn’t limited to being the starring NPC, with the Hollywood actor also having a hand in rendering some of the futuristic in-game vehicles for the upcoming action role-playing video game.

Arch Motorcycle, a custom production motorcycle company that Reeves co-founded with lifelong motorcyclist Gard Hollinger, loaned one of its limited-edition motorcycles to record sounds for Cyberpunk 2077. The John Wick star talked about how the collaboration came about in a recent behind-the-scenes video.

“When [game developer] CD Projekt Red approached me about doing Cyberpunk 2077, they also spoke about integrating,” Reeves said. “They were fans of Arch Motorcycle, so they broached the idea of creating a kind of specialized Cyberpunk 2077 version of the Arch Motorcycle. And I thought that was a very fine idea.”

According to Hollinger, a motorcycle that they’ve designed and been developing called the Method 143 served as creative inspiration for designers: “It has a sort of a racing engine and compared to a production motorcycle, it has a dual exhaust system and it sounds pretty (vroom).”

On the nature of the role-playing aspect of the game, Reeves said, “I think it would be cool to be on a bike, hearing that going through the city streets, and get into the madness of mayhem.”

Watch the full video below:

Cyberpunk 2077, whose story takes place in dystopian Night City, is set for release late next month. Are you looking forward to it? 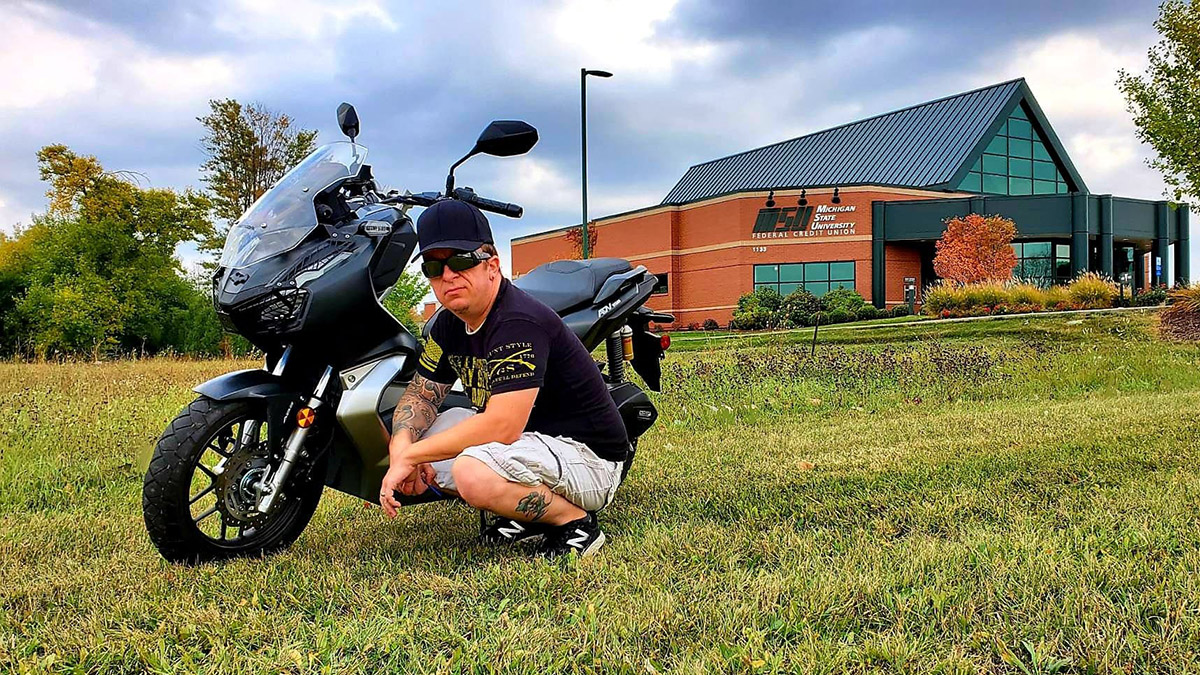 An American rider shares his insights on why the Honda ADV 150 is thriving in the US
View other articles about:
Read the Story →
This article originally appeared on Topgear.com. Minor edits have been made by the TopGear.com.ph editors.
Share results:
Retake this Poll
Quiz Results
Share results:
Take this Quiz Again
TopBikes Rating:
/20