When he’s not blowing people’s minds with trivia or reporting the weather, ‘Kuya Kim’ Atienza takes out his prized motorbikes and records his rides for his vlog.

Atienza, who’s admittedly new to vlogging, already has more than 80,000 subscribers on YouTube in less than three months. In his most recent upload, he hit the road with his former motorcycle club, the Cruiserheads.

He started off by introducing his ride of choice—a limited-edition Ducati Paul Smart 1000 LE—and, in true Kuya Kim fashion, shared some facts about it. First produced in 2006, the retro-styled motorbike was made by the Italian company in commemoration of the eponymous racer’s victory at the Imola 200 in 1972.

According to Atienza, only around 10 people in the Philippines own the rare model, including celebrities Richard Gutierrez and Dingdong Dantes, as well as members of another local motorcycle group, the Euro Monkeys. Recently, Dantes personally delivered food to Atienza on a BMW R1250 GS via the former’s DingDong PH service.

During his ride, Kuya Kim was joined by the likes of former PBA player Enrico Villanueva and rock legend Ely Buendia, who rolled in on a Harley-Davidson Softail Slim, for a trip to San Pablo, Laguna. They even met ex-senator JV Ejercito at a stopover.

Atienza also revealed that he and Buendia have been friends for some time. Both were mass communication students (majoring in film and audio visual communication) at the University of the Philippines Diliman. He also wished the former Eraserheads frontman a happy birthday. 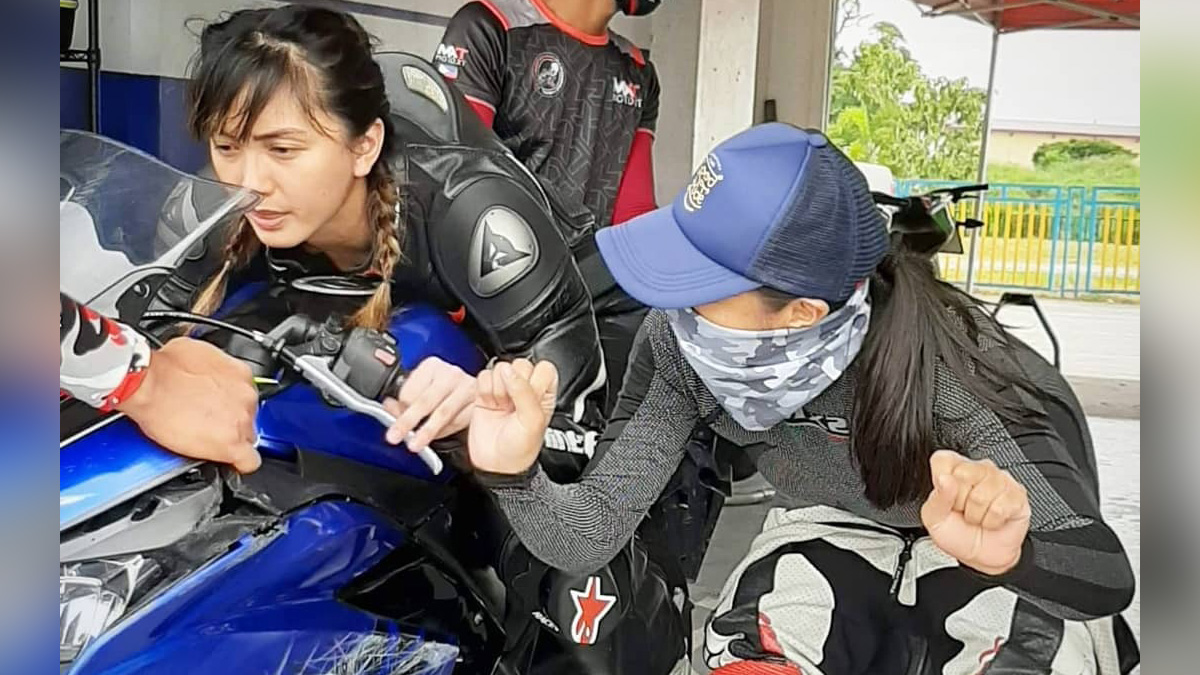