Following the international release of No Time To Die, Triumph Motorcycles, the official motorcycle partner of the 25th James Bond movie has uploaded exclusive content on its YouTube channel.

Triumph recently shared a behind-the-scenes video featuring the Tiger 900 and Scrambler 1200, both of which figured heavily in the daring stunt scenes.

“The beauty of Bond films is doing something new and fresh. There’s no bigger kudos to being on a Bond film with the Triumph motorcycles and doing a stunt for real. It’s a Bond film,” stunt coordinator Lee Morrison said.

One of those scenes required Bond actor Daniel Craig—at least his stunt double Paul Edwards—hitting a ramp on slippery cobblestone, which saw the production team spray more than 30,000 liters of Coca-Cola (worth EUR60,000 or P3.5 million) on the streets of Italy.

Morrison added: “With No Time To Die, there’s a high risk because you’re going to do it for real. I’ve just been pushing things every time. We needed to find bikes that were going to be very capable. Riding the Triumph motorcycles, they handled the terrain amazingly. The guys were pushing to their absolute limit, they needed to be a hundred percent confident in the bikes. 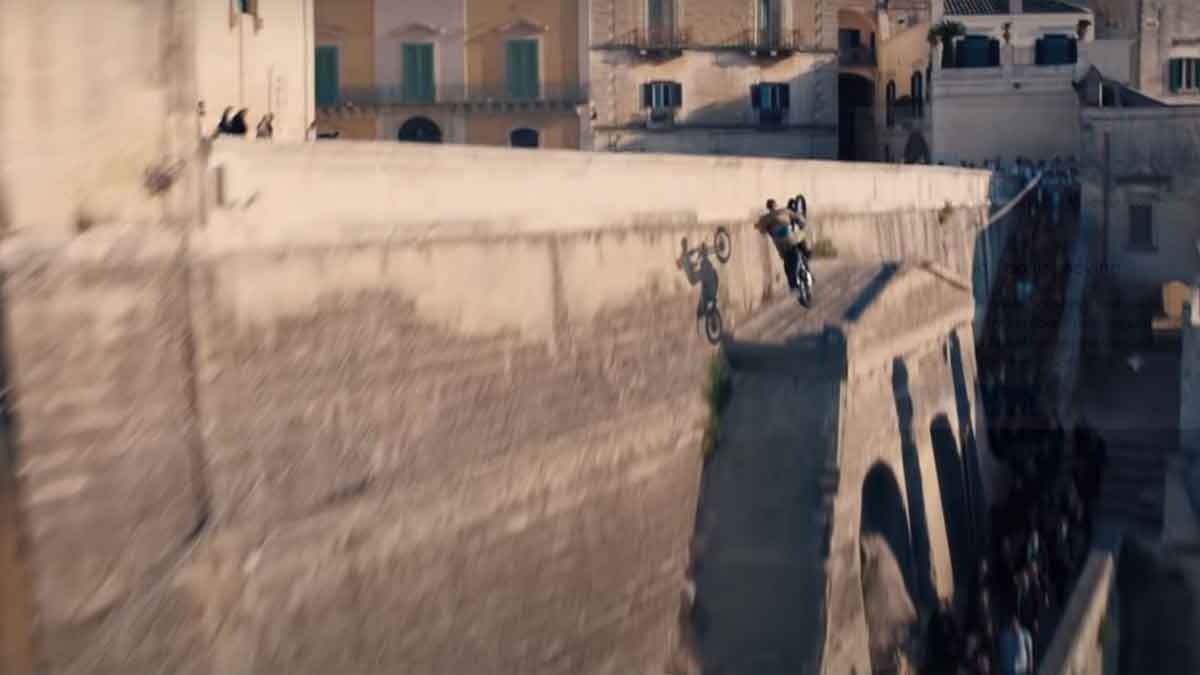