A tricycle just crossed the Golden Gate Bridge in the US

Who knew that a humble motorized tricycle could traverse the Golden Gate Bridge in San Franciso, California?

One of the posts read, “TNT making friends! This time, with the @norcalpinoyriders! TNT Traysikel was a hit with this group of more than 60 Filipino Americans on motorcycles that showed up for this meetup and ride (more than 400 members on the Facebook group).

“It was great to meet so many Pinoys on two wheels. And what a sight it was to see a Filipino Traysikel crossing the Golden Gate Bridge followed by a bunch of Filipinos on motorcycles!”

According to Arcega’s website, TNT Traysikel is a mobile public artwork that serves as a cultural marker for the SOMA Pilipinas Cultural Heritage District in San Francisco. Hand-painted by Meng Nguyen, the three-wheeler aims to spur discussion on experiences, expectations, and dreams of undocumented immigrants, as well as their contribution and importance.

“TNT Traysikel is an immigrant metaphor constructed from a deep colonial history. As a social sculpture, TNT Traysikel was used as an aesthetic object, a protest tool and symbol of solidarity with the Black community against police brutality and delivery vehicle during the COVID-19 pandemic. It will be the main site for collecting stories of Filipinx diaspora in a forthcoming documentary.” 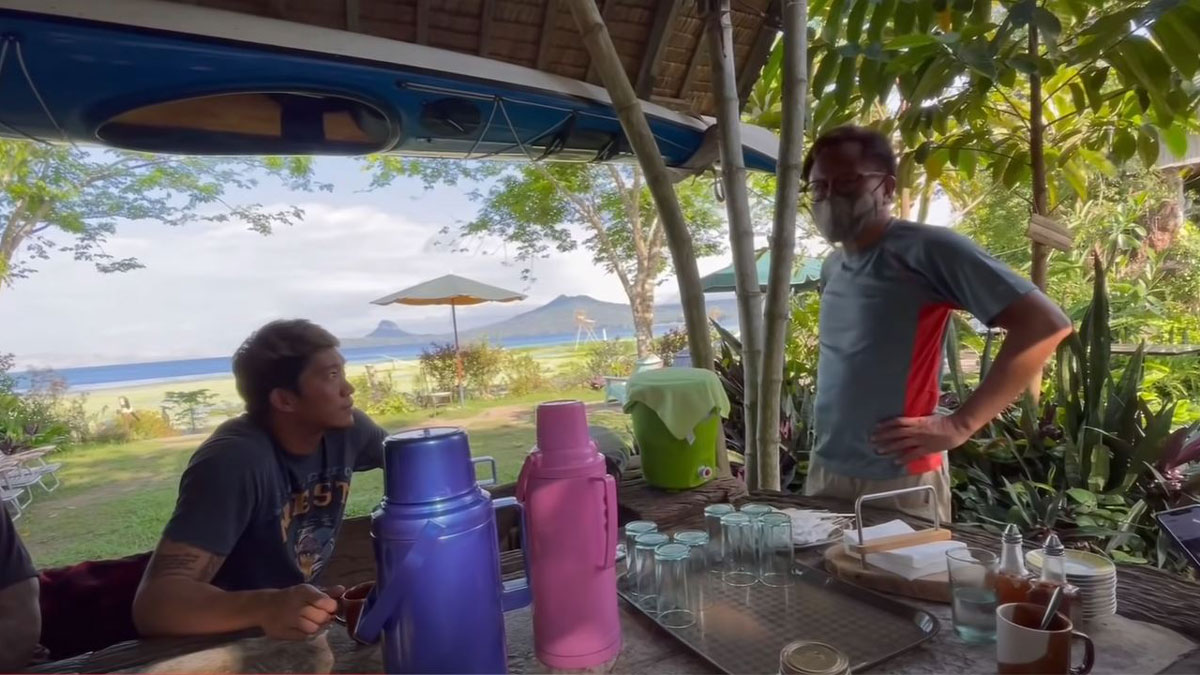