The lightweight category is where the action is

Suzuki Motorcycles Philippines has stepped up its campaign in the lightweight market by unveiling the new Gixxer 250 series, Burgman Street, and a new variant of the Skydrive scooter, the Crossover.

Launched globally back in March, the new Gixxer 250 series is now offered in the local market in naked (Standard) and faired (SF) variants, both of which share a 249cc SOHC, single-cylinder, air-cooled, four-valve engine that generates 26.1hp at 9,000rpm and 22.6Nm of torque at 7,500rpm. 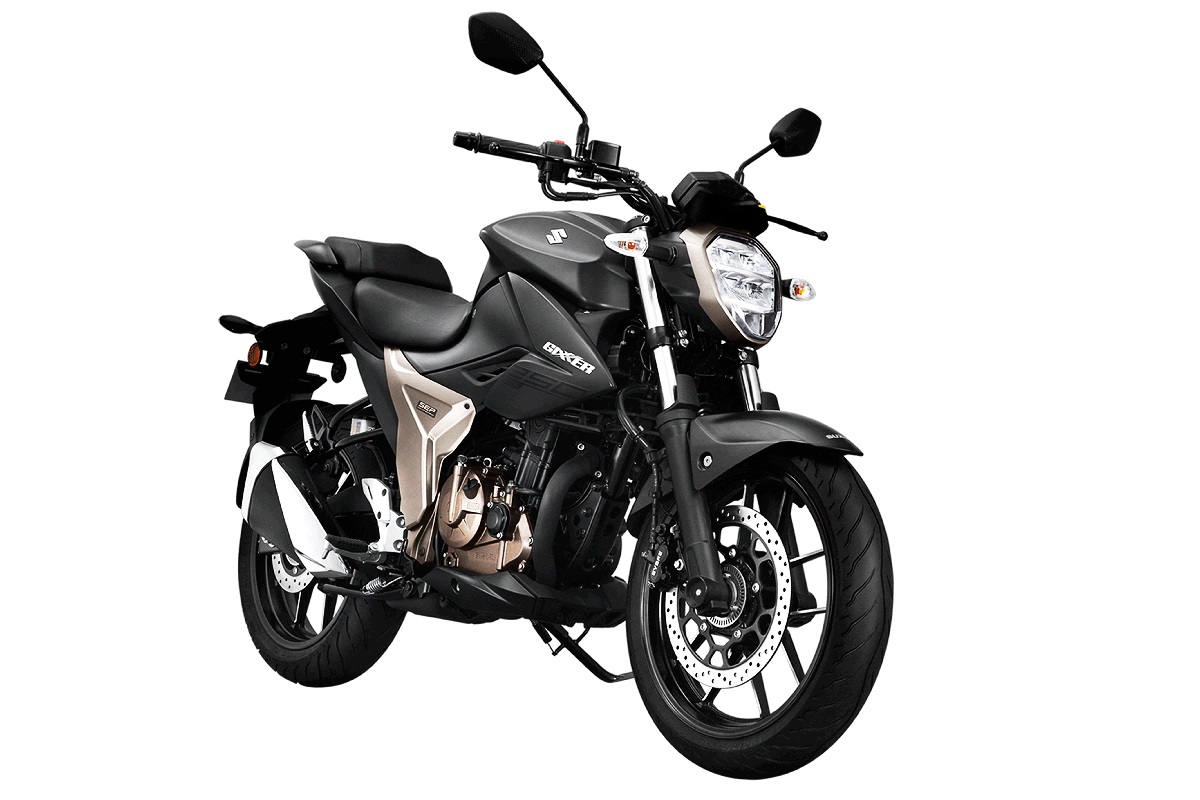 This newly developed powerplant translates to an additional 12hp and 8.6Nm of torque compared to its younger sibling, the Gixxer 150. Suzuki claims the average fuel consumption of this Indian-made Gixxer sits at 38.5km/L. The new bike is now equipped with Suzuki’s Oil Cooling System which helps stabilize the engine temperature, especially during heavy traffic. It boasts an LED headlight and taillight, and an inverted instrument panel for better visibility. To enhance its sporty stance, Suzuki installed a dual-exhaust system that draws inspiration from its MotoGP race bikes. 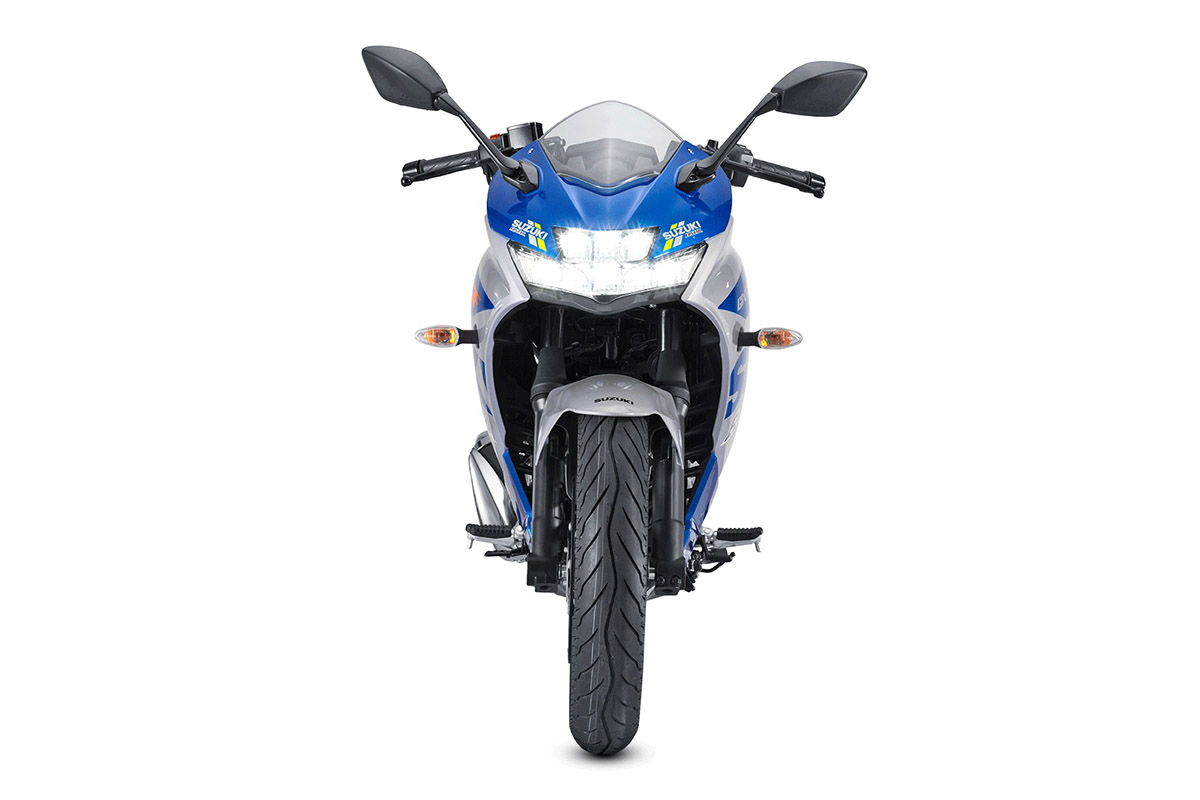 The new Gixxer 250SF is offered in Special Edition Triton Blue and Silver. The Gixxer Standard, meanwhile, comes in Metallic Matte Black. Both are equipped with a seven-step adjustable rear suspension, a large 300mm front disc brake, and dual-channel ABS. The new Gixxer 250SF and Standard will be available in the market by December with prices of P165,000 and P175,000, respectively.

Suzuki also introduced the new Burgman Street, a stylish scooter powered by a fuel-efficient 125cc`single-cylinder, four-stroke, all-aluminum engine. This diminutive member of the Burgman family boasts a combined braking system for effective stopping power. It has an LCD instrument display with an oil change indicator and dual trip meter. For added convenience, it comes with a two-liter covered front glove box with an optional USB charger. 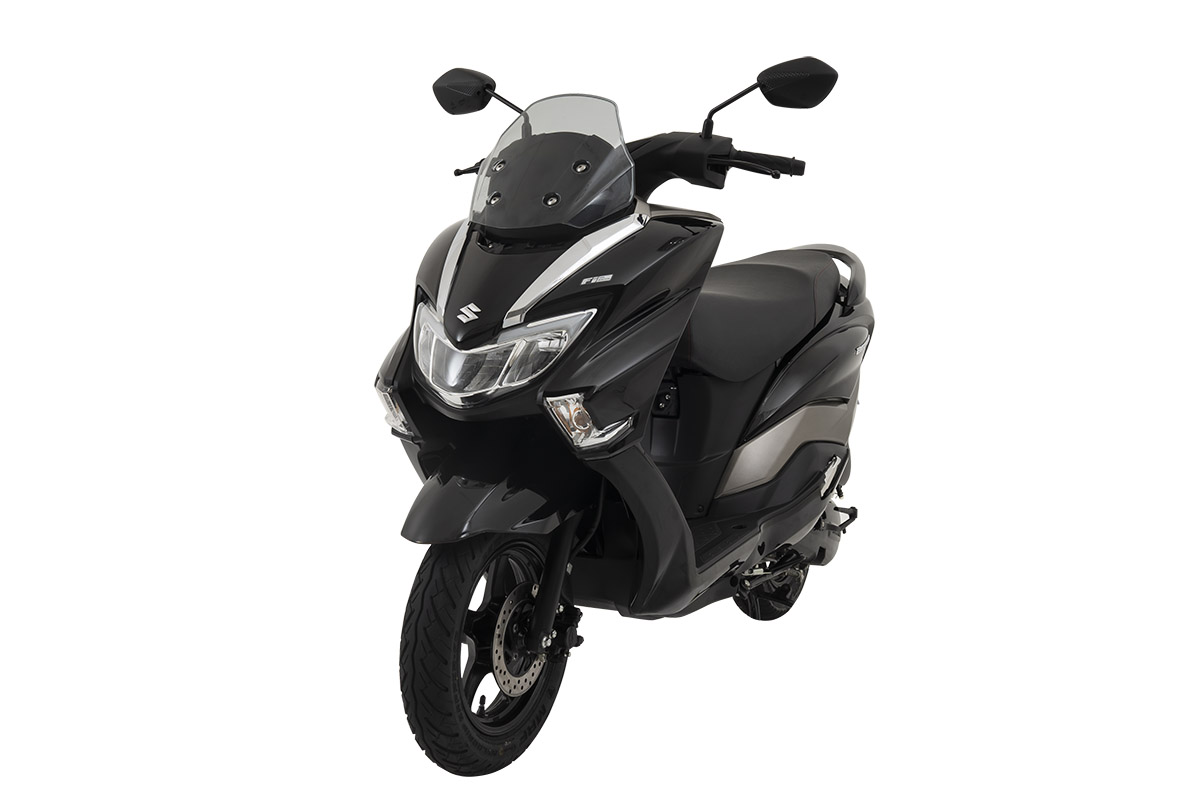 The Burgman Street has an integrated engine start-and-kill switch and one-push central locking for the under-seat compartment and fuel lid for safety. Available starting in November, the scooter is priced at P76,900. 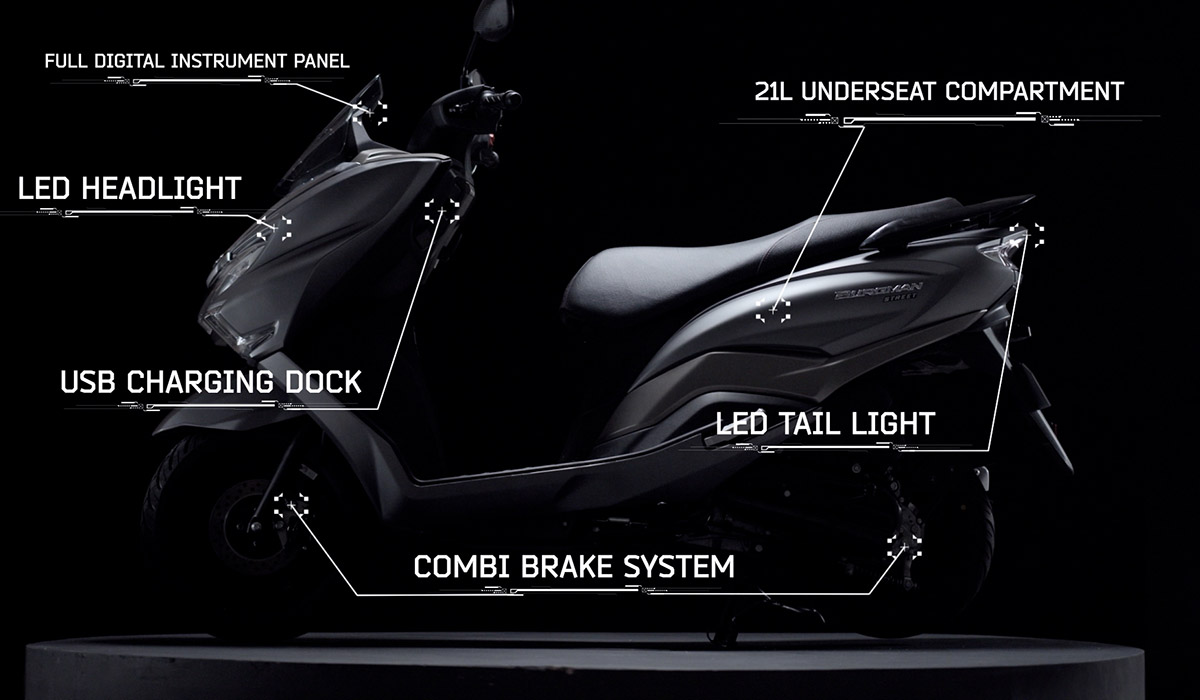 As an added  bonus, Suzuki also came up with a new variant of its hot-selling Skydrive scooter designed to take both well-paved and rugged roads. The Crossover is a versatile ride equipped with a capable 113cc single-cylinder engine that churns a modest 8.9hp and 8.5Nm, similar to that of the Skydrive Sport. The new variant is fitted with semi-block tires that can take varied road conditions and a sport-touring handlebar for a more relaxed riding position. 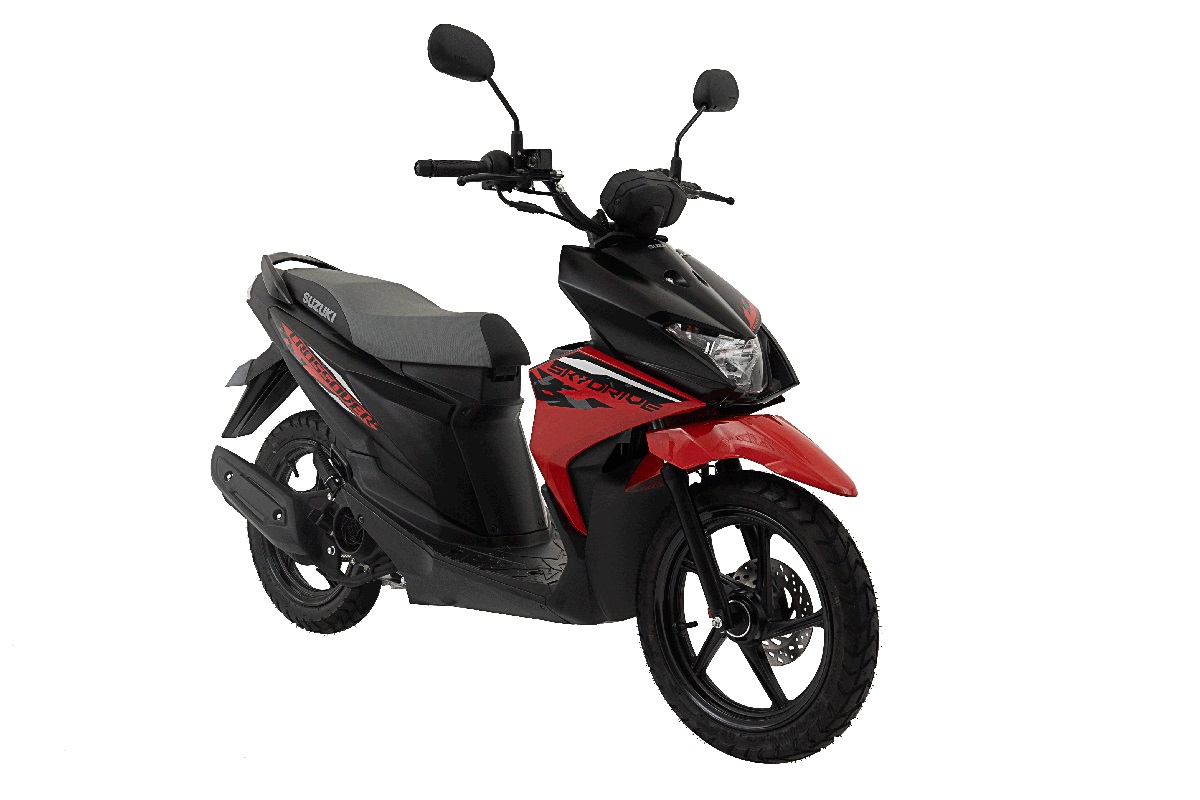 Unlike the Skydrive Sport, the Crossover has no upper cowl. Instead, the gauges and buttons are mounted directly on the handlebar. The new scooter is priced at P69,900 and will be available at Suzuki showrooms starting next month. 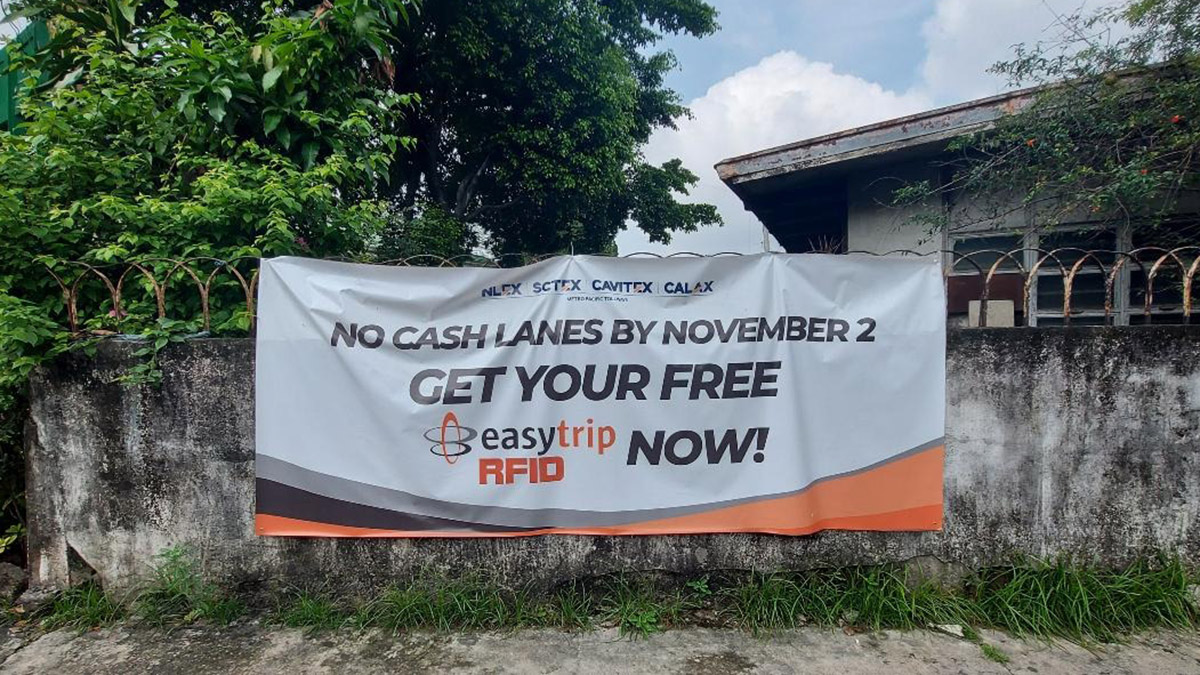