“Nasubukan nyo na ba?” George Royeca, chief transport advocate of motorcycle-taxi company Angkas, fired back this question to critics of his firm’s backriding shield design that was approved by the National Task Force (NTF) Against COVID-19.

Royeca vented his frustration with some rider groups who accuse him of being a traitor for allegedly promoting the NTF-approved Angkas-style backriding shield despite mounting opposition from several sectors. Royeca pointed out that the Angkas shield is a safer and better option compared with the other approved design, which uses PVC pipes for its frame.

Royeca feels he is caught in the crossfire. This was after Department of the Interior and Local Government (DILG) secretary Eduardo Año strongly defended the NTF’s decision to implement the mandatory use of backriding shields as an added protection against the spread of the deadly coronavirus.

This morning, it was former senator JV Ejercito’s turn to launch an attack against the policy, calling it a “symbol of unnecessary overregulation.” Although he did not specifically name Angkas, Ejercito used a photo of a blue polypropylene shield, minus the company’s logo, for his post on social media.

In his post, Royeca assured riders that the Angkas shield is backed up by technical and scientific research. Among those who helped design the shield was Lee Parks, CEO of US-based motorcycle training company Total Control Training.

Parks’s endorsement of the Angkas shield was included in the report submitted by Royeca to the House Committee on Transportation, which is also deliberating several proposed bills that call for the legalization of motorcycle taxis in the country. 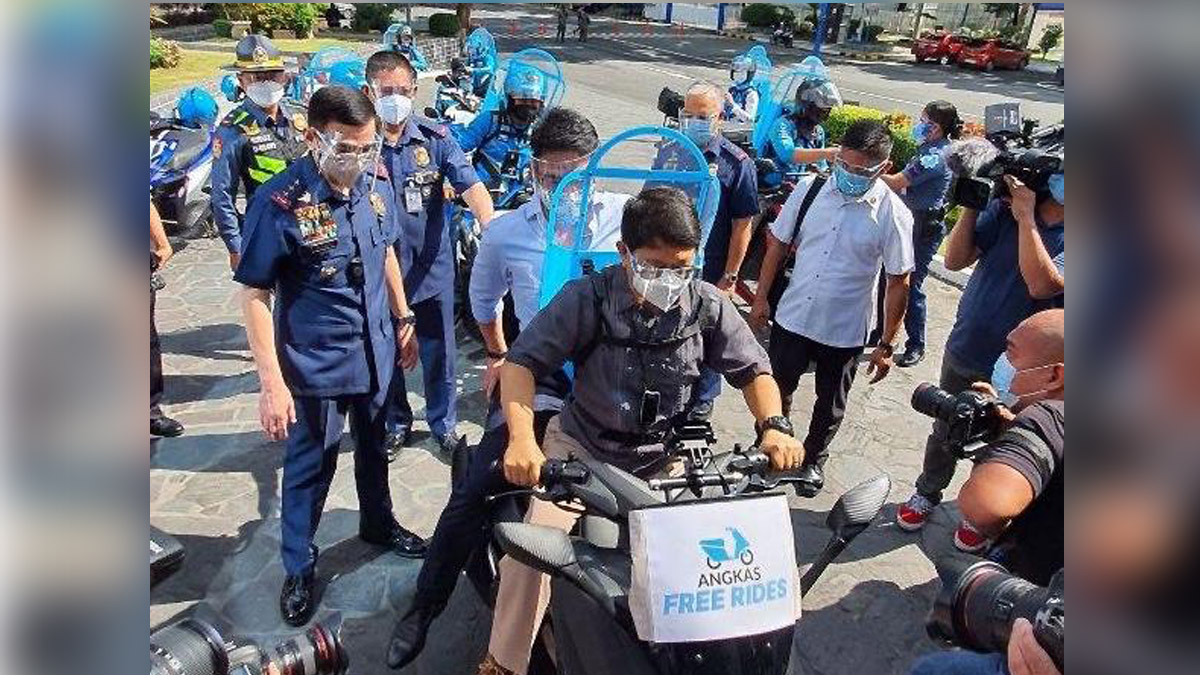 DILG chief to critics: I’ve been riding motorbikes even before you were born
View other articles about:
Read the Story →
This article originally appeared on Topgear.com. Minor edits have been made by the TopGear.com.ph editors.
Share results:
Retake this Poll
Quiz Results
Share results:
Take this Quiz Again
TopBikes Rating:
/20