Best birthday gift for himself
by John Paulo Aguilera Apr 19, 2021

Monster Energy Yamaha MotoGP’s Fabio Quartararo fended off a gutsy stand by Suzuki’s Alex Rins on his way to a second season victory at the Grande Prémio 888 de Portugal.

Rins actually led the race by Lap 5 but crashed out at Turn 5 on Lap 19, as Francesco Bagnaia (Ducati Lenovo Team) and Joan Mir (Team Suzuki Ecstar) finished second and third, respectively, at the Autodromo Internacional do Algarve in Portimao. 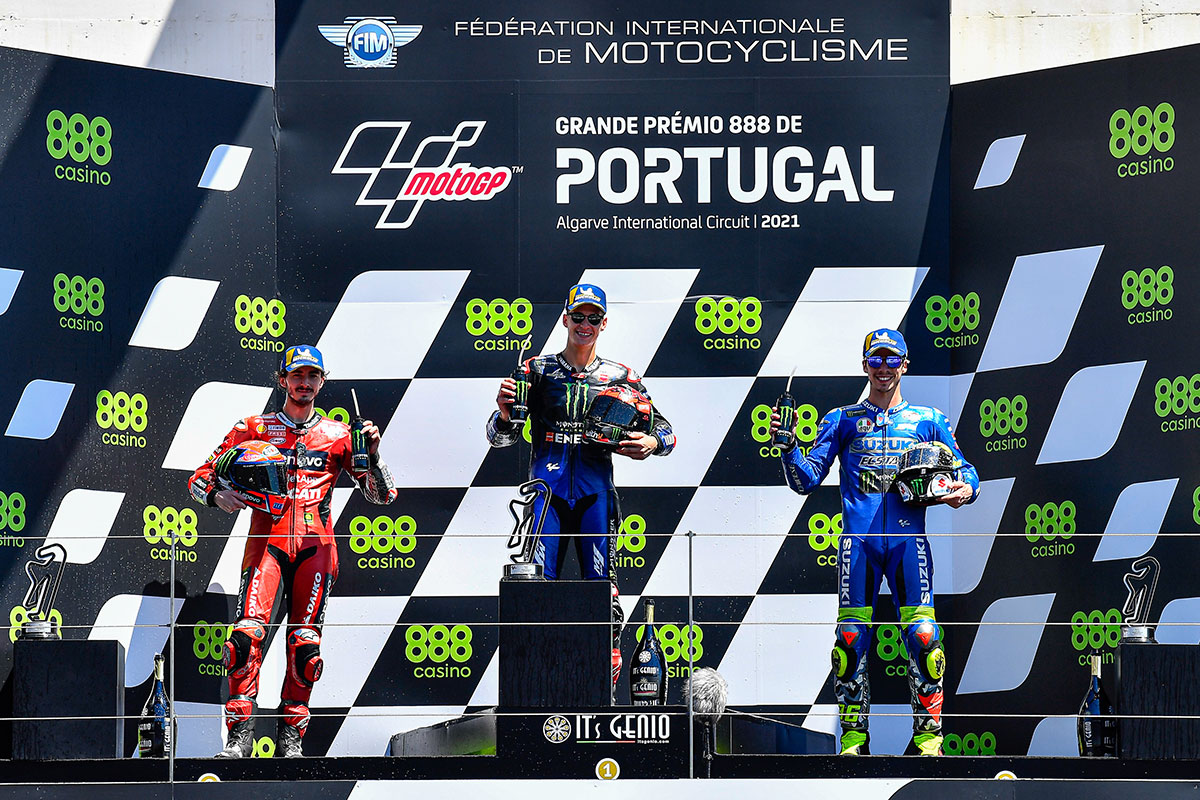 Quartararo had a good start, only for Johann Zarco (Pramac Racing) and Rins to pass him in the next phase. Zarco eventually suffered the same fate as Rins at Turn 11 of Lap 20, while Quartaro managed to avert crisis and close out strong.

The 21-year-old Frenchman said: “I feel full of confidence. Bringing that confidence from Qatar. Now we know what we need work to go fast. I only need to feel the front and I go fast and just focus on my riding. Woah, what a pace, I didn’t expect it, I was less than half a second from my qualifying lap on the pace. It was amazing, also the pressure of Rins in the back, I wanted to make a gap. He made a mistake and then... I was riding well; I was riding easy and still making a gap to Pecco (Bagnaia). 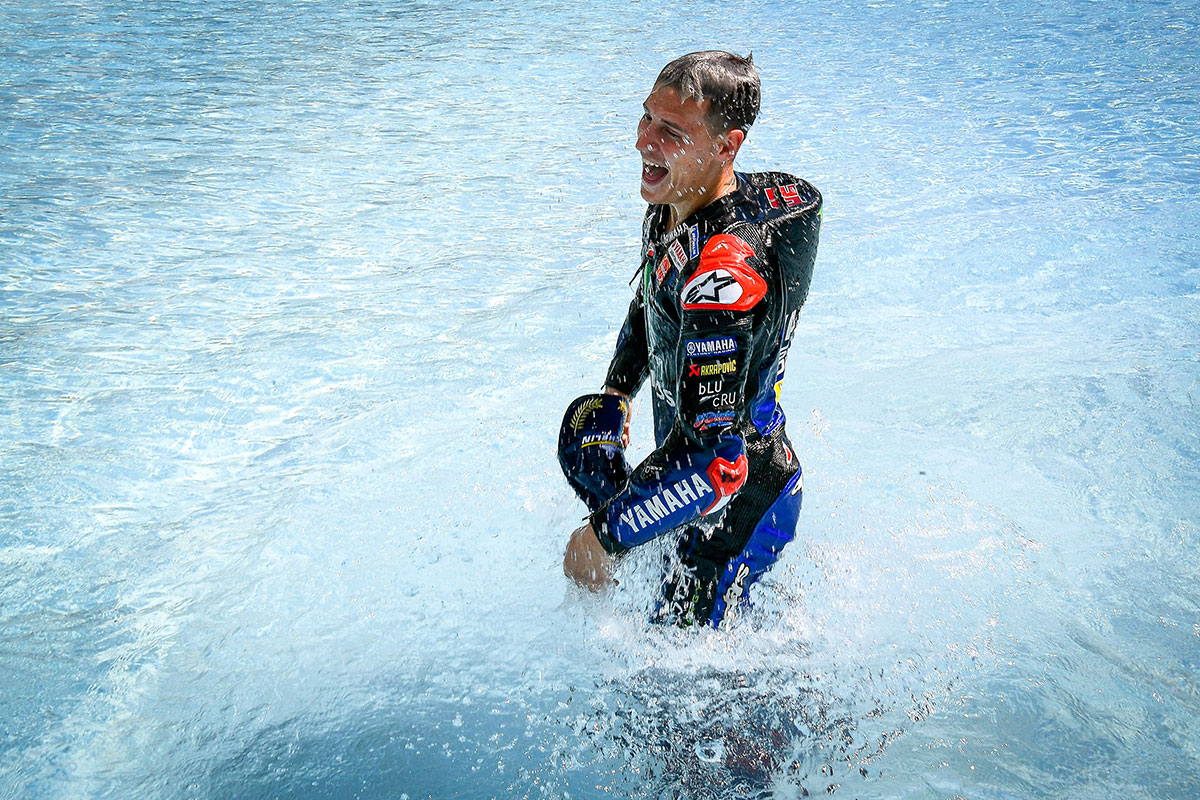 “We did an amazing job, we were P1 all day yesterday, P1 today, thanks to the team. Important points, and now we go to one of my favourite tracks in Jerez. I can’t wait to be there, thanks to my family for watching. It will be a great celebration for my birthday in two days.” 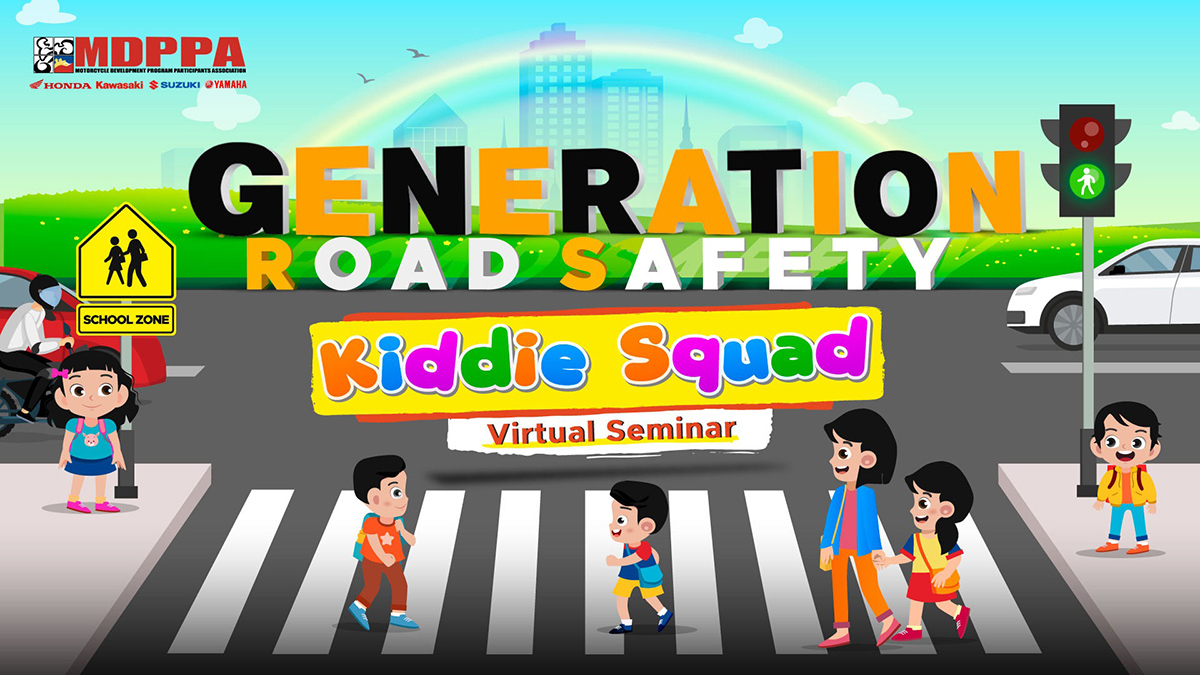