What was his role in the law’s implementation

Former senator JV Ejercito found himself taking a defensive stance during the first Motourismo webinar initiated by the Tourism Promotions Board (TPB).

Among the guest speakers in today’s webinar was Allan Garcia, a driving skills rater of the Land Transportation Office (LTO), who talked about the country’s laws governing the use of motorcycles.

Garcia tackled the Motorcycle Helmet Act of 2009, the Children’s Safety on Motorcycles Act of 2015, and the infamous Motorcycle Crime Prevention Act of 2019. Formally known as Republic Act 11235, this bill remains a sensitive issue for the country’s 18 million motorbike owners.

The first two topics were discussed smoothly and with much interest from the riders and media in attendance. But when Garcia touched on the details of RA 11235, it made the webinar participants, particularly Ejercito, a bit uncomfortable. Garcia mentioned that the then-senator was among those who attended the hearings on the controversial measure.

“Hindi po,” Ejercito said, abruptly cutting into Garcia’s lecture. This was followed by a few seconds of dead air before Garcia resumed his lecture as if nothing happened.

Ejercito was among those who signed RA 11235 into law. A riding enthusiast himself, it took a while before Ejercito realized the hefty penalties that await violators, prompting him to retract his decision and take a stand against the law’s implentation. All this took place at the height of the 2019 mid-term elections, when Ejercito lost his bid for re-election.

Ejercito took the opportunity to clarify things during the Motourismo webinar.

“Nagkataon na sumabay lang po ito sa Universal Health Care na aking ini-sponsor kaya hindi ko nasubaybayan yan. The reason why I was at the LTO, I requested ASEC [Edgar] Galvante sana in lieu of the metal plates and decals, sana yun RFID na lang gamitin because this will really be more convenient for the riders and for the enforcers as well.”

Ejercito even said he was the one who persuaded President Rodrigo Duterte not to implement the law during the 2019 National Motorcycle Convention in Iloilo City because riders described it as unfair and unconstitutional.

Now riding around as an ordinary citizen, Ejercito is still active in campaigning against RA 11235.

Following this, Garcia was able to complete the sentence which was he was supposed to say earlier before he was cut short by Ejercito. 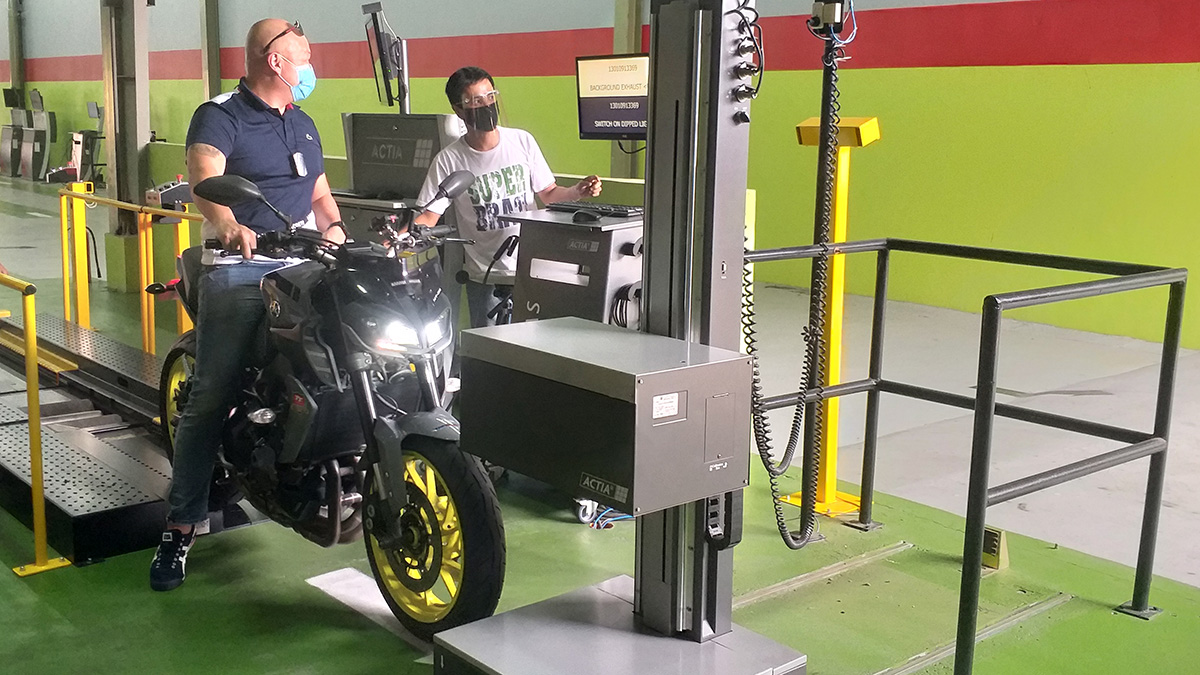 The activation of private motor vehicle inspection centers is now in full swing
View other articles about:
Read the Story →
This article originally appeared on Topgear.com. Minor edits have been made by the TopGear.com.ph editors.
Share results:
Retake this Poll
Quiz Results
Share results:
Take this Quiz Again
TopBikes Rating:
/20