From her detention facility at Camp Crame, senator Leila de Lima wrote a personal letter addressed to a motorcycle group that had volunteered to support her 2022 political plans in the May 2022 elections. De Lima just celebrated her 62nd birthday—fifth in jail—last August 27.

Apparently, nothing can stop her from expressing her views on several issues, which includes upholding equal rights among motorcyclists—something that the group is fighting for. 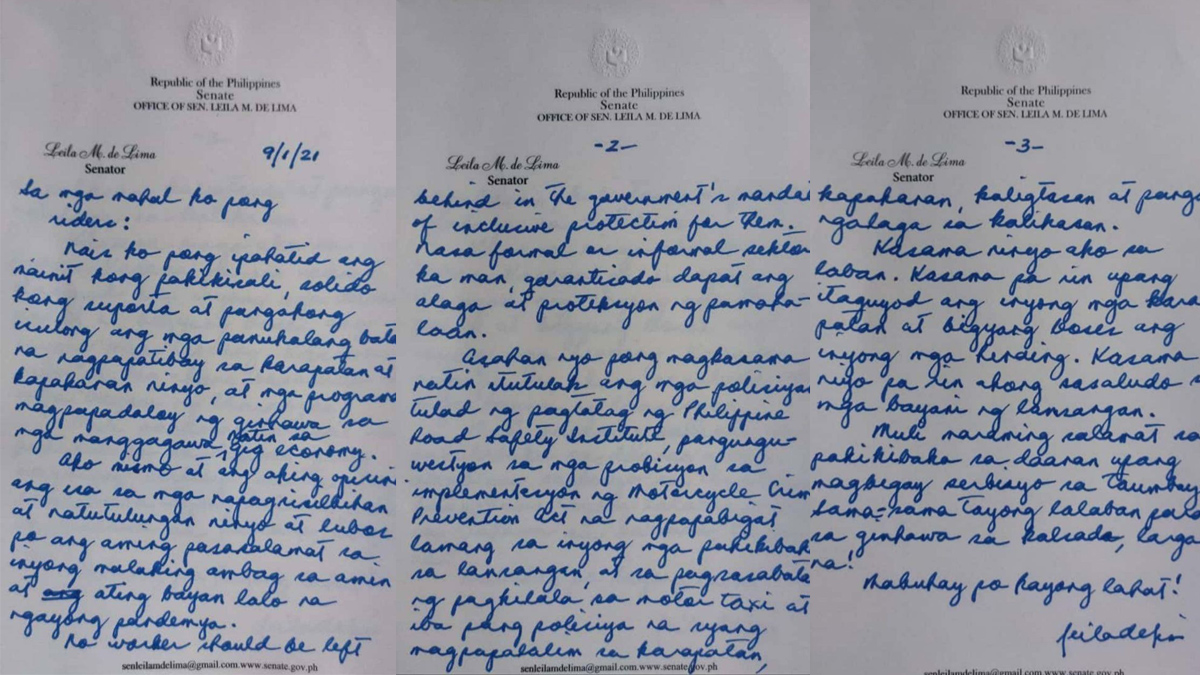 The embattled legislator vows to pursue the proposed Senate Bill No. 1897 titled ‘An Act Providing for The Creation of the Philippine Road Safety Institute (PRSI) Under the U.P. National Center for Transport Studies’ that she authored a few years ago.

The measure aims to minimize the number of road accidents, which increases by 14% annually. If the trend continues, the senator believes that the death toll could possibly reach 300,000 if the issue of road safety is not seriously addressed by the government.

De Lima wants Congress to clarify several provisions of Republic Act No. 11235 or the ‘Motorcycle Crime Prevention Act,’ which the riding community considers “discriminatory” and “unconstitutional.” She also hopes to pursue new laws that will protect motorcycle taxi and delivery riders under labor laws.

“No worker should be left behind in the government’s mandate of inclusive protection for them. Nasa formal or informal sector ka man, garantisado dapat ang alaga at proteksiyon ng pamahalaan,” she added. 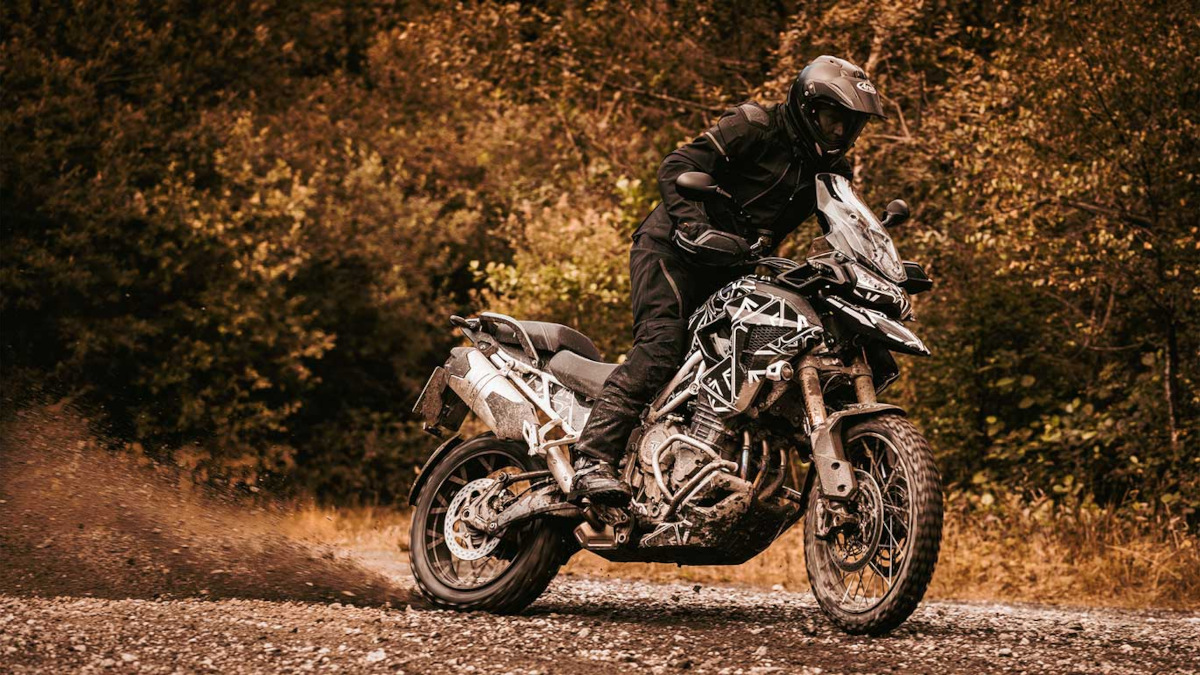 The all-new Triumph Tiger 1200 has just finished testing
View other articles about:
Read the Story →
This article originally appeared on Topgear.com. Minor edits have been made by the TopGear.com.ph editors.
Share results:
Retake this Poll
Quiz Results
Share results:
Take this Quiz Again
TopBikes Rating:
/20