One bad apple can spoil the barrel

Have you seen that viral video of two uniformed riders doing stunts on a public road?

The clip, which was captured by a motorist and made its way to motorcycle clubs online, shows the men in question wearing the official attire of the Philippine National Police (PNP) and riding bikes that appear to be government-issued.

As seen in the footage, one rider served as a convoy, while the other pulled off moto tricks like seating sideways with both legs on the left side. He even counterflowed, which forced approaching motorists to the other side of the road.

Maj. Gen. Dionard Carlos, chief of the PNP directorial staff, had seen the video after a fellow rider tagged him. Safe to say this did not sit well with one of the top PNP officials.

“Formally, I will ask the director of the PNP-Highway Patrol Group to look into this video and identify the two motorcycle riders,” says Carlos, who himself is a riding enthusiast and advocate of motorcycle safety.

During his stint as HPG chief, the general even led the distribution of branded helmets to riders who were deployed in remote areas to ensure that they are not using substandard riding gear.

“From the video, we are trying to identify the motorcycle numbers so we can check to whom the bikes are issued,” Carlos added.

Fingers crossed that the investigation leads to somewhere so that the image-building efforts of the police organization will not go down the drain just because two of its personnel decided to do an impression of Travis Pastrana. 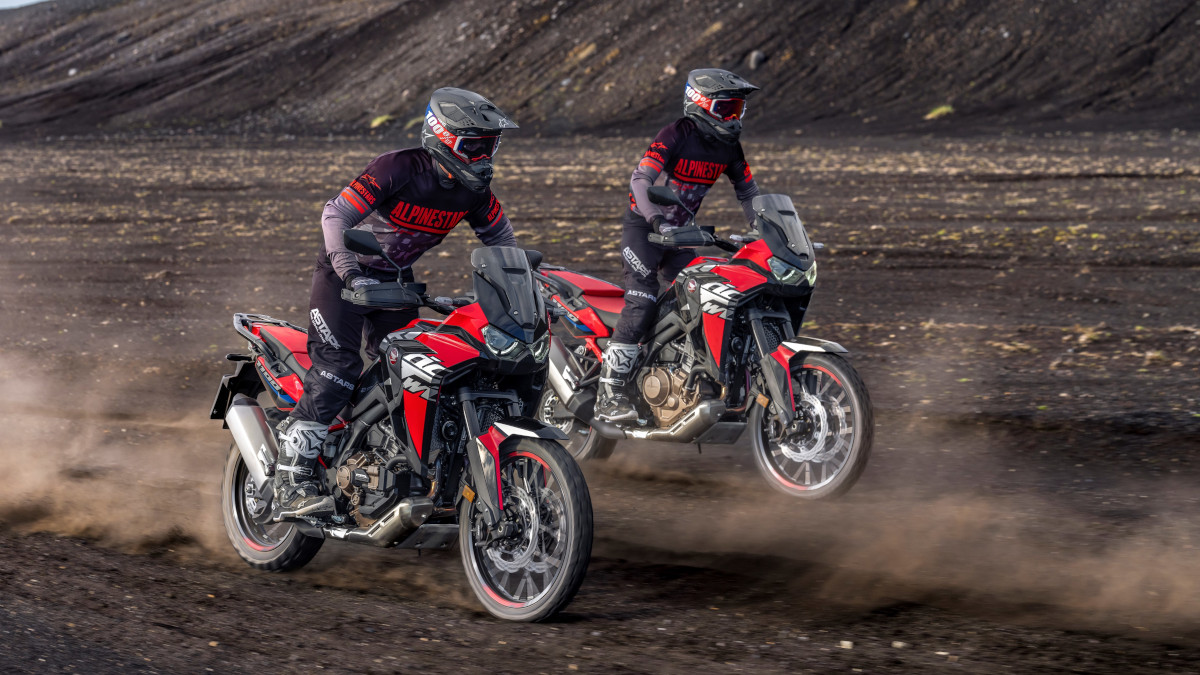 The Honda Africa Twin gets a few choice tweaks for 2022
View other articles about:
Read the Story →
This article originally appeared on Topgear.com. Minor edits have been made by the TopGear.com.ph editors.
Share results:
Retake this Poll
Quiz Results
Share results:
Take this Quiz Again
TopBikes Rating:
/20