What do we think of Team Orange’s middleweight ADV?
by Cary Puyat Oct 11, 2021
MOTORCYCLE BRANDS IN THIS ARTICLE

The 2019 790 Adventure R is not your typical KTM. It looks and sounds like one, but at the same time, it doesn’t behave like one. It was way too nice! Now, I’ve owned a few orange bikes in the past, and my partner and I currently have a 690 Duke R in the stable. Typically, these bikes will bite. There is a bit of a learning curve, so you can’t be lazy when riding or it will literally put you on your ass.

That wasn’t the case with the 790 R. It was civilized and easy to use. According to KTM, the standard Adventure is the “most off-road capable travel bike,” while the R model is the “most travel capable off-road bike.” To find out what the 790 R was made of, I decided to take it to the backroads of Lobo, Batangas. Here’s what I found. 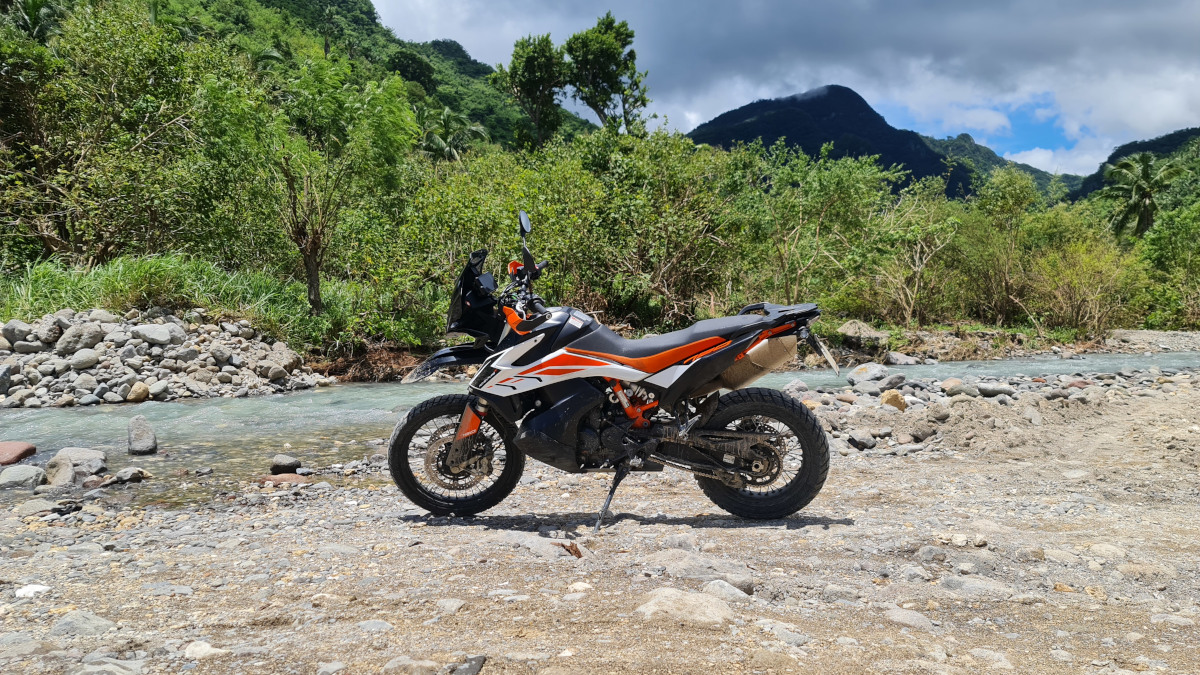 The 790 platform was designed with extensive input from everyday riders. KTM engineers spent a lot of time with local riders in Europe and North America, and the former found that most of the latter did not need high horsepower, but desired less weight and increased off-road ability.

The result of the research was not a mere downsized 1290, but a whole new platform with a low slung tank designed for mass centralization. One look at the bike and you can immediately see the inspiration from the 450 Rally Replica. The most striking feature is the rally style cockpit, which houses a full color TFT screen, accessory bar, and a low slung windshield. 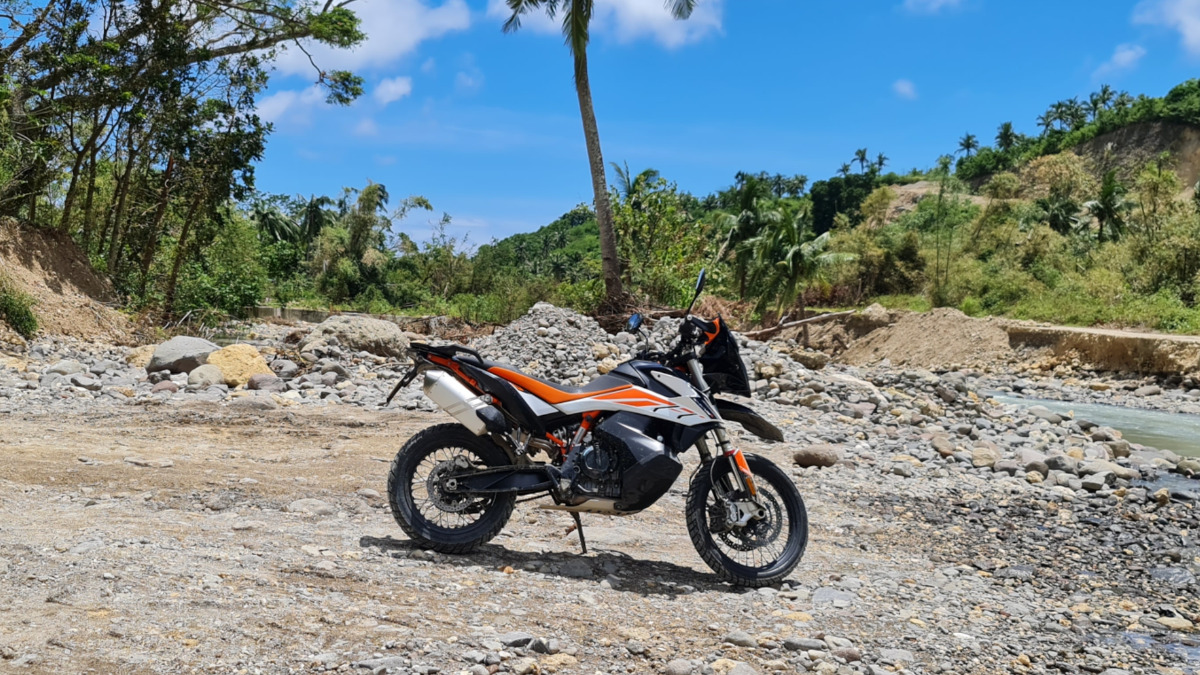 Kick a leg over the bike and you immediately notice the increased ground clearance, with the 48mm WP XPlor forks and PDS shock giving 9.4 inches of travel and, in turn, a 34.6-inch seat height. I am six feet tall with a 34-inch inseam and I still had to tiptoe on the bike. This poses a problem for the average rider, but once you get over the height, the weight of the bike disappears.

The handlebars are high and wide, and the serrated foot pegs are centrally mounted to create a nice and comfortable riding position. Shifting gears and activating the rear brake with the properly adjusted controls were a breeze, whether seated or standing. 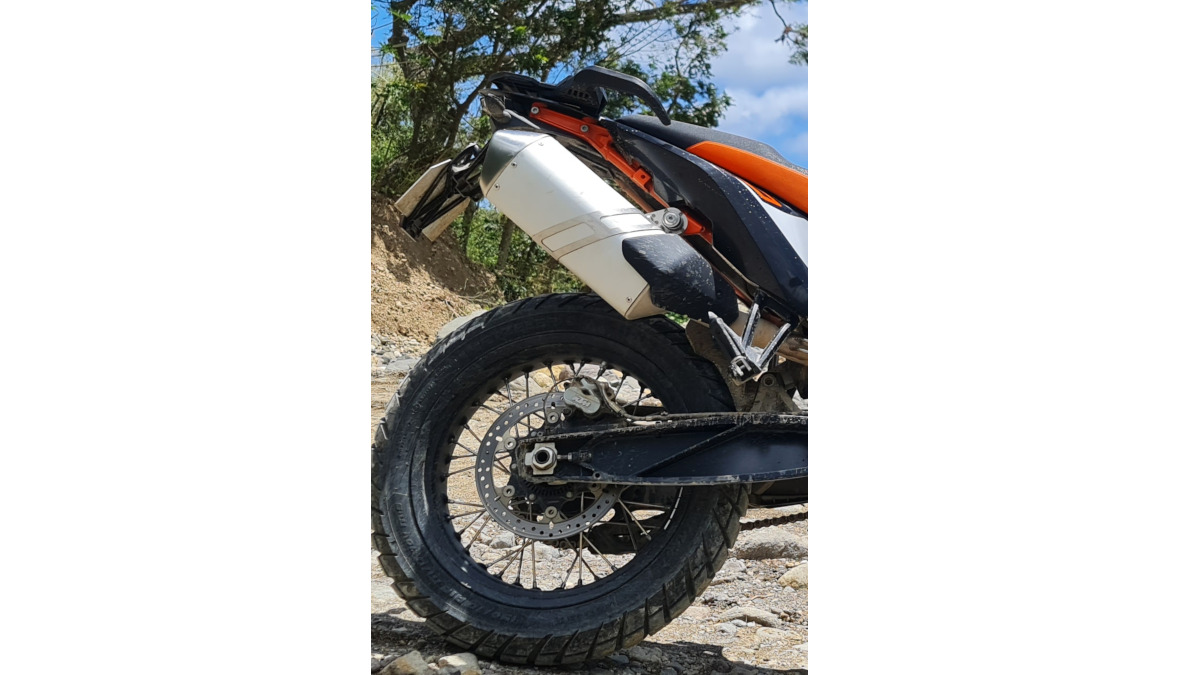 Although the engine sounded like a sewing machine, the exhaust barks with authority upon twisting the throttle. The 799cc parallel twin engine has 95hp at 8,250rpm, and is tuned for torque producing 88Nm at 6,500rpm. There is a pronounced engine vibration between 6,000 and 8,000rpm, but otherwise it pulled like a tractor.

This particular 790 R was equipped with the Quickshifter+ that automatically rev matches the engine perform upshifts and downshifts flawlessly. My only gripe came when I shifted from first to second gear. A slight tap on the shifter activated the engine cut despite the gear not actually shifting to second, and it threw me off while riding. The issue was easily resolved by making a more forceful input on the shifter. Otherwise, the rest of the system worked well. 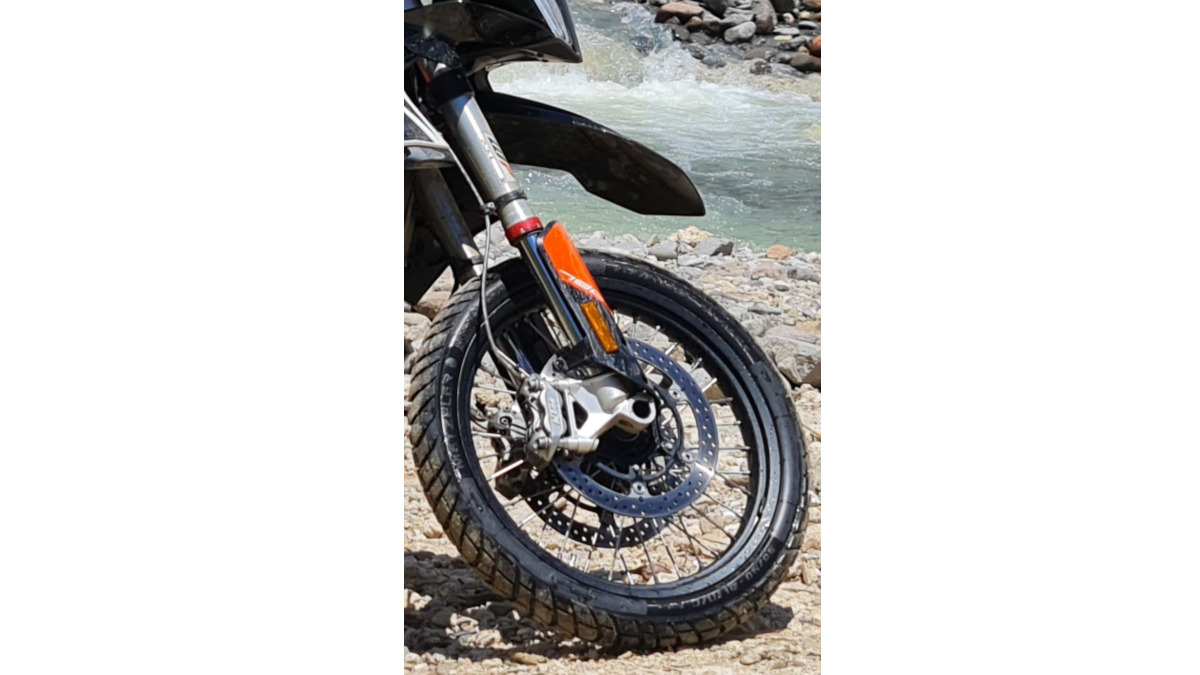 It was easy to balance the bike at slow speeds, and once moving, the weight seemed to disappear. This could be attributed to the low slung 20-liter fuel tank, which hung like bladders off the side of the bike and also help protect the engine. It also gives the bike a slimmer feel overall. Pulling out of parking, I immediately felt the lowered center of gravity.

Off-road, I could see why this KTM was designed to be less aggressive than other adventure motorcycles. The guys at Mattighoffen make the best off-road models, and the 790 R is a great example. The Xplor forks and PDS shock are similar to the units installed on the EXC line, and made the bike feel more like a large enduro. This unit was equipped with Metzeler Karoo Street tires, and although it didn’t get to experience some serious mud, I was able to go through a couple of river crossings and it handled the obstacles like a champ. 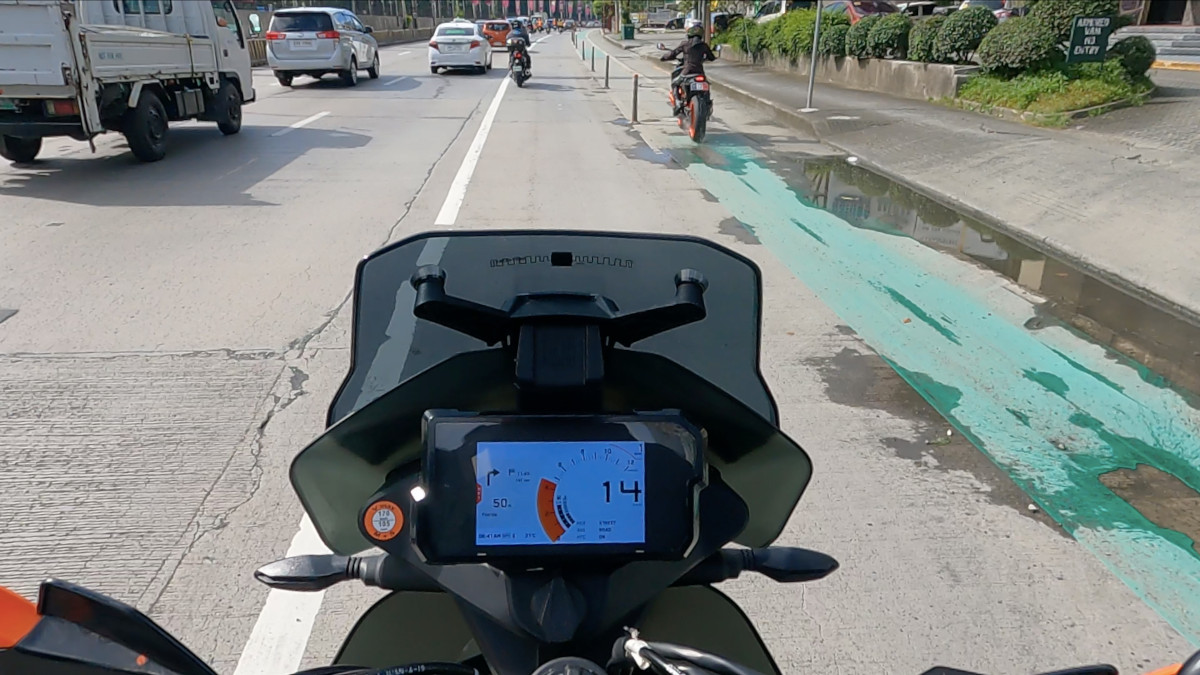 Switching to Rally mode gave the bike a more direct throttle response, which also enabled the rider to select traction control settings freely with nine different levels of adjustment. This particular mode also produced a very aggressive throttle response, like with the KTMs that I was used to. 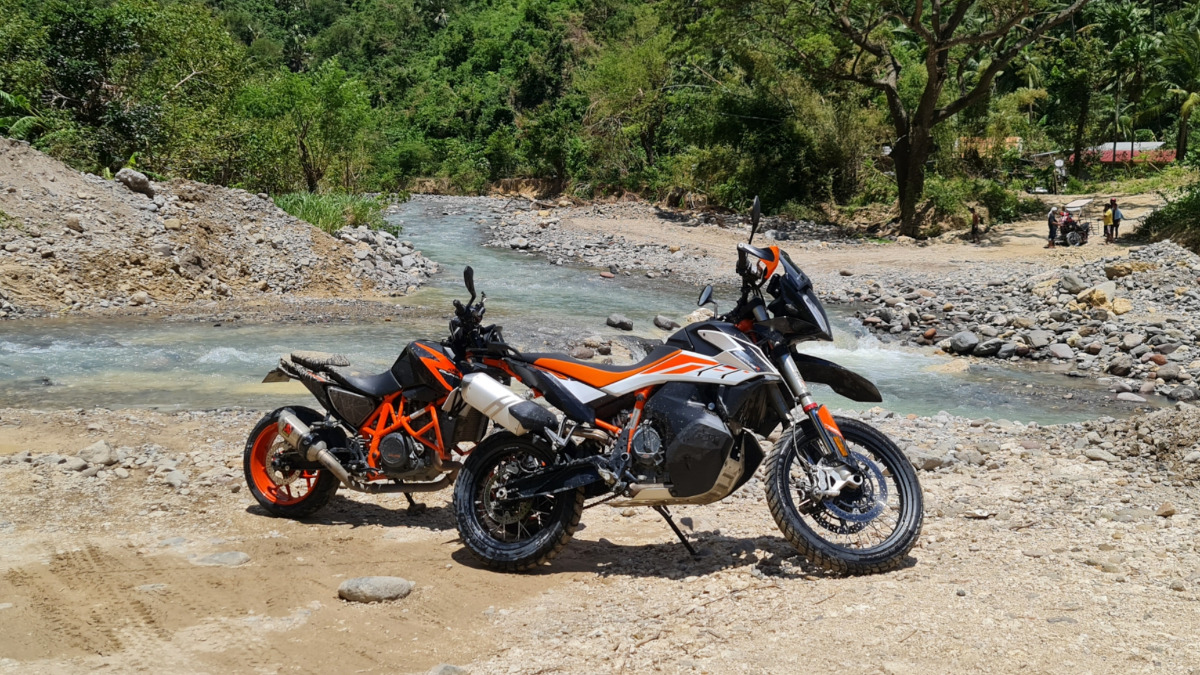 Other KTMs I have owned and ridden were aggressive and visceral, and so I sat on the 790 Adventure R expecting the same. Ultimately, I was glad that the bike was not as forceful, and it made high-mileage riding much easier. In the same vein, the bike was not difficult to ride off-road. The steering was light and telegraphic, and the suspension made you feel what was going on with the road, but not too much that there was sensory overload.

Regardless, I want one. With Christmas just around the corner, the question remains: have I been naughty or nice? 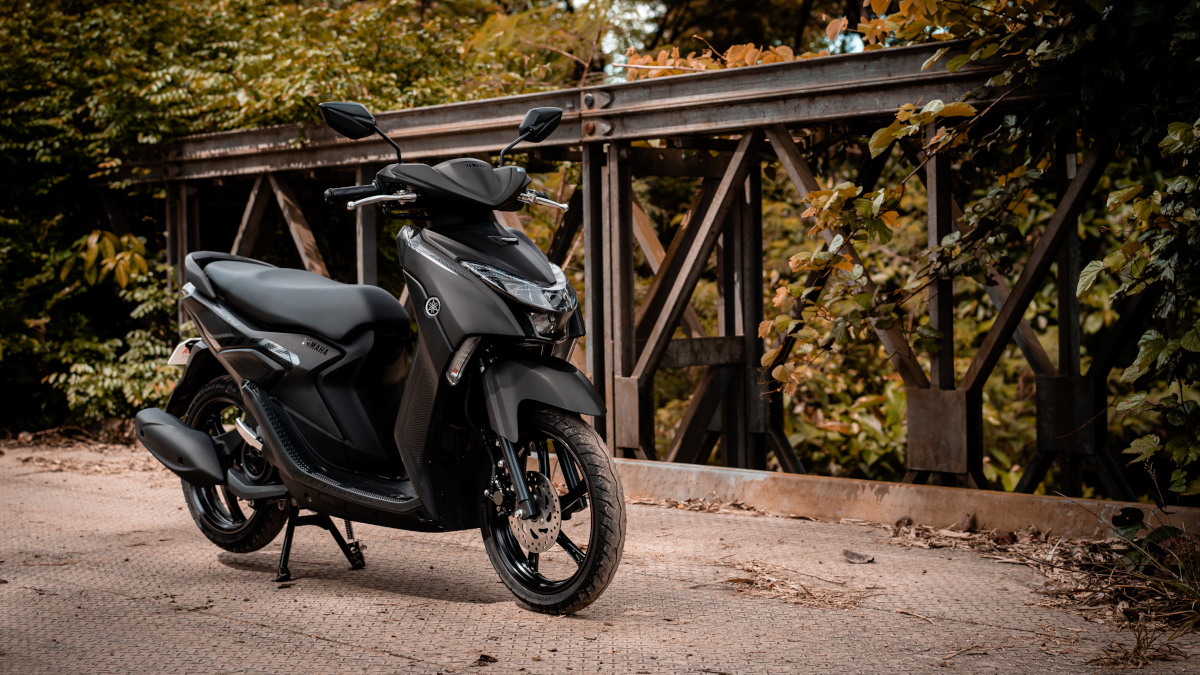