Aprilia first uncovered the concept of the RS 660 at the 2018 EICMA. A year later, the Italian manufacturer’s second 660 concept, the Tuono 660, went public.

The company came out with these in response to the high demand for fun and thrilling sportbikes, which aren’t unduly small or excessively big to ride on the road and on the track. Aprilia seems to have done its job, all while adding some style and class to its bike lineup.

Millenial riders, myself included, have long been eyeing the RS 660 and Tuono 660. Between the two, I would say that the former has a split personality. Here’s my take on its persona as a road bike. 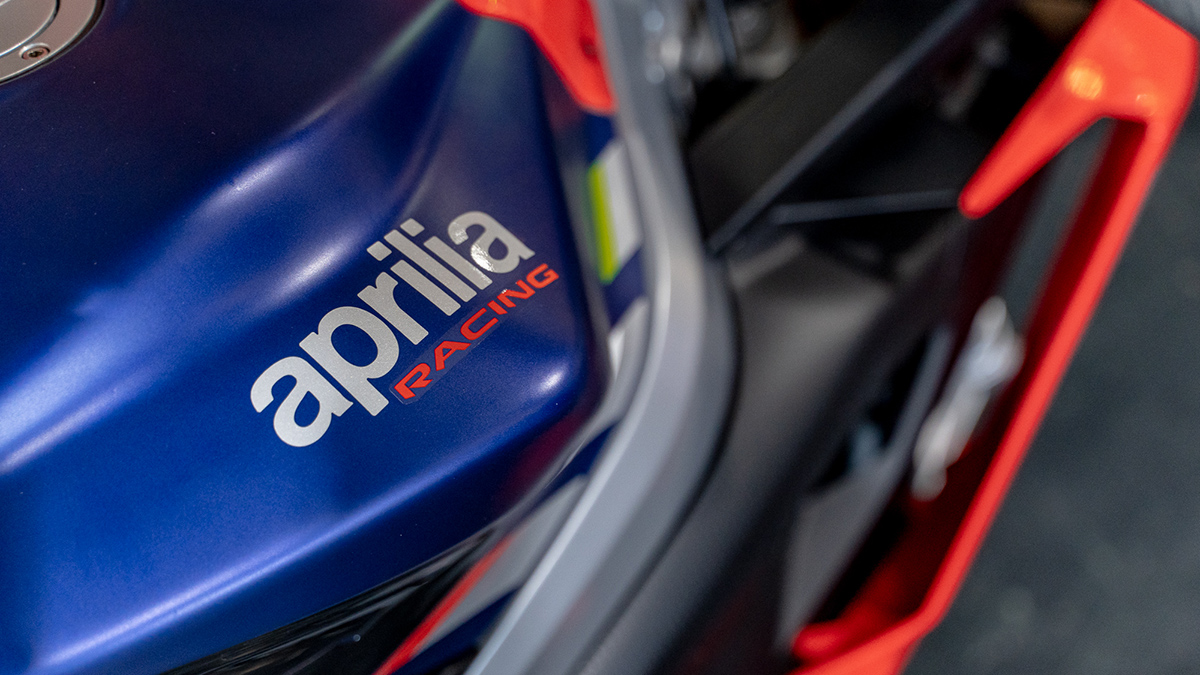 The Aprilia RS 660 has a fairly high level of sportiness and elegance—a deadly combination that lives up to the expectations of an Italian bike. When the gate of the BikerBox showroom in Parañaque opened, the first thing that caught my attention was an RS 660 standing side-by-side with the Tuono.

It was love at first sight. From then on, I couldn’t stop checking out its ultra-athletic stance. As I brought it out of the showroom, I noticed how great of a head-turner it is in every single place. The double-walled fairings not only make the RS 660 look good, but also make it aerodynamically stable, especially at high speeds. The shell is there to protect the rider from the engine and radiator heat.

Through some bumps along NLEX, the RS remained stable at around 100kph amid the crazy crosswind. It is fitted with the iconic triple-headlight assembly, which uses LED lamps surrounded by daytime running lights (DRL) and turn indicators.

Aside from the added pogi points, the DRLs are also highly visible both in broad daylight and at night. The taillight design is very appealing and somewhat resembles the shape of the letter ‘M.’ 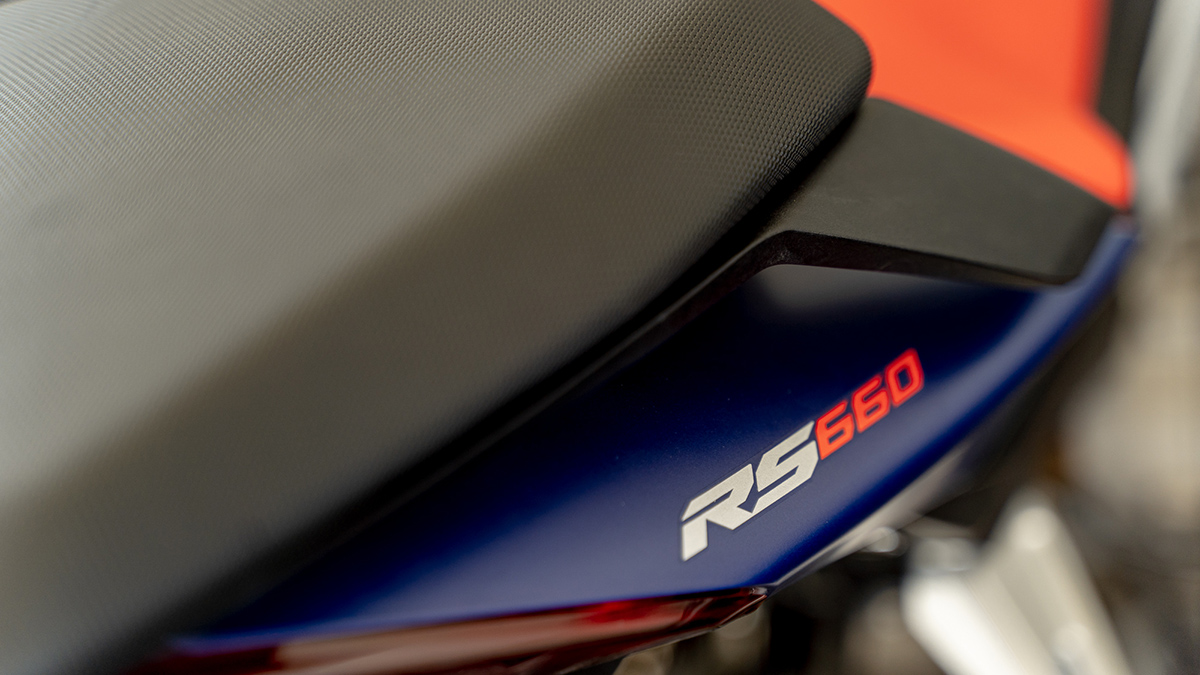 As a sportbike enthusiast, I find the RS 660 a comfortable supersport bike given its well-padded seats. It was pure pleasure and exhilaration to ride it around for three days, from  Parañaque to Batangas, then back to Metro Manila. The next day, we headed to Pampanga for the ultimate test at Clark International Speedway.

At 5’2”, the RS 660’s 32.3-inch seat height enabled me to tolerably tiptoe on one foot. Initially, I was intimidated to ride it outside, thinking I might have a hard time balancing the bike during a full stop on inclined or uneven surfaces.

It was slightly arduous, though, compared to the Tuono 660, because of its wider tank and seat. I also tried the pillion seat, and the RS 660’s provides real comfort compared to other sportbikes.

Its riding position made me lean forward to the handlebar, which is positioned mid-level. The footpegs are not placed that high and are in a rearward position, which makes the bike comfortable to ride on city streets for hours without worrying about leg cramps. I would say the ergonomics of the RS 660 lies between a Yamaha YZF-R6 and a Kawasaki Ninja 650. 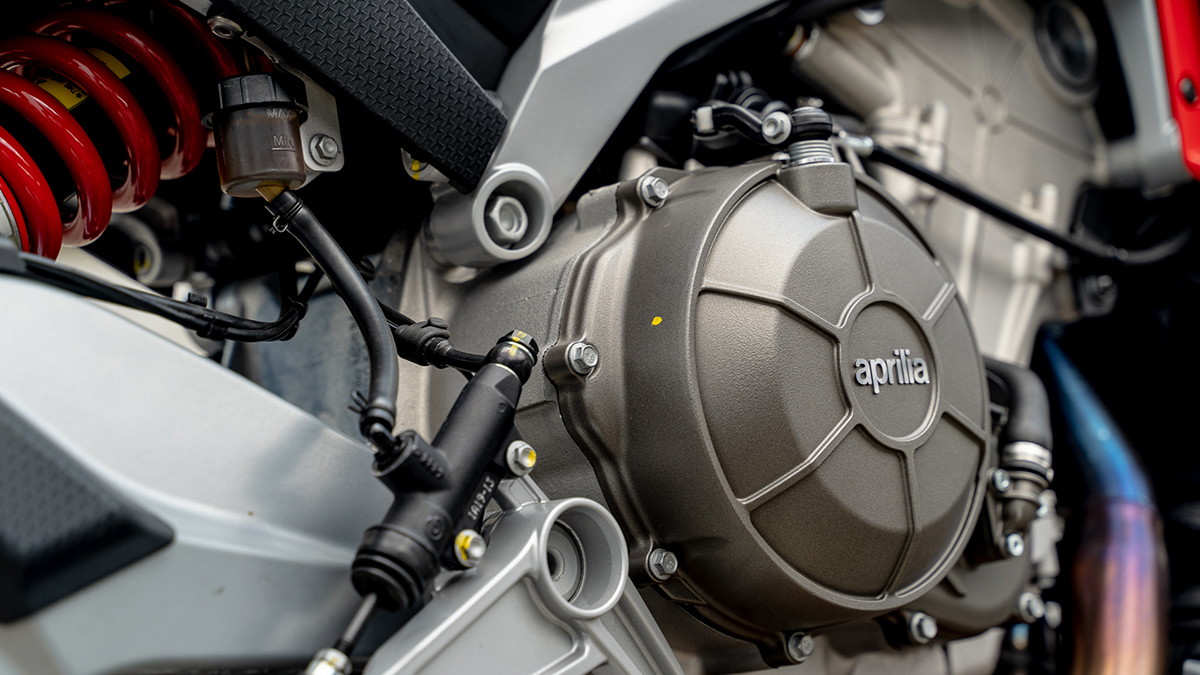 LIke the Tuono 660, the RS 660 is powered by a 659cc parallel-twin engine. As soon as I fired it up, the first thing that caught my attention was the sound emanating from the stock aluminum exhaust. It was by far the best sounding parallel-twin I have ever heard.

At 4,000rpm, I could already feel its pulling power. Its throttle response is docile, as it fairly gives the amount of torque and power with every twist of the throttle. It is a thrilling bike to use on the streets, especially the expressway. Its midsize powerplant generates 100hp at 10,500rpm, with the redline set at 11,500rpm. Power delivery is smooth and friendly in every gear; you don’t have to be a seasoned rider to be able to enjoy it on the road.

It uses ride-by-wire throttle with multi-mapping setting, so it rides great with flawless transmission and torque control. The fuel consumption ranged between 19 to 22km/L from Manila to Batangas and back. 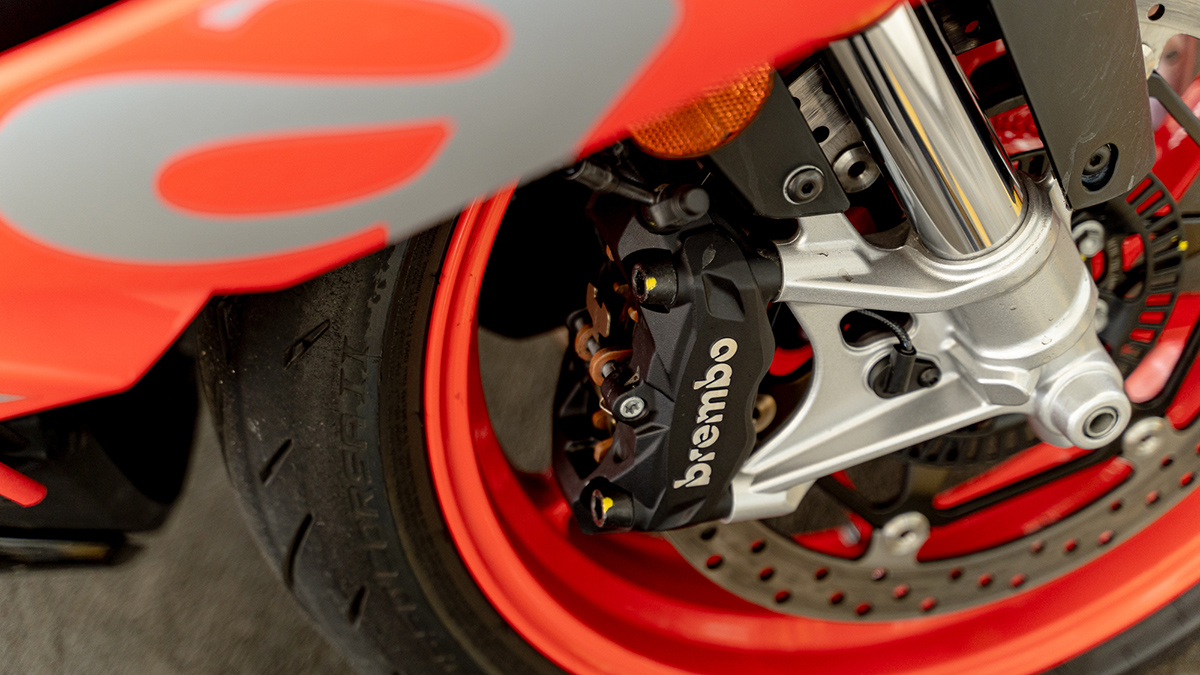 With a wet weight of 184kg, the R S660 is pretty light for a midsize sportbike. Aprilia shed off excess poundage by using aluminum materials for its swingarm and some engine components.

Even with my tiny physique, I had no problem pulling the bike straight up from its side stand. Its rigid and sturdy assembly also extends to how the steering head is placed. Unlike hard-to-turn sportbikes at low speeds, the RS 660 is easier to maneuver, notably while making tight U-turns.

The adjustable preload and rebound upside-down Kayaba forks handle weight transfer well, even on ordinary roads. The overall ride on rough surfaces, meanwhile, is still stable. For its stopping needs, the RS 660 is equipped with Brembo radial-mount calipers biting a pair of 320mm discs. I tested the front and rear brakes on separate occasions and both never failed me.

The RS 660 rolls on Diablo Rosso Corsa II rubbers, which are perfect for road and track use. The middle part of the tire is made of a harder compound than the sides, which is suitable for the streets with enough grip even on wet surfaces. 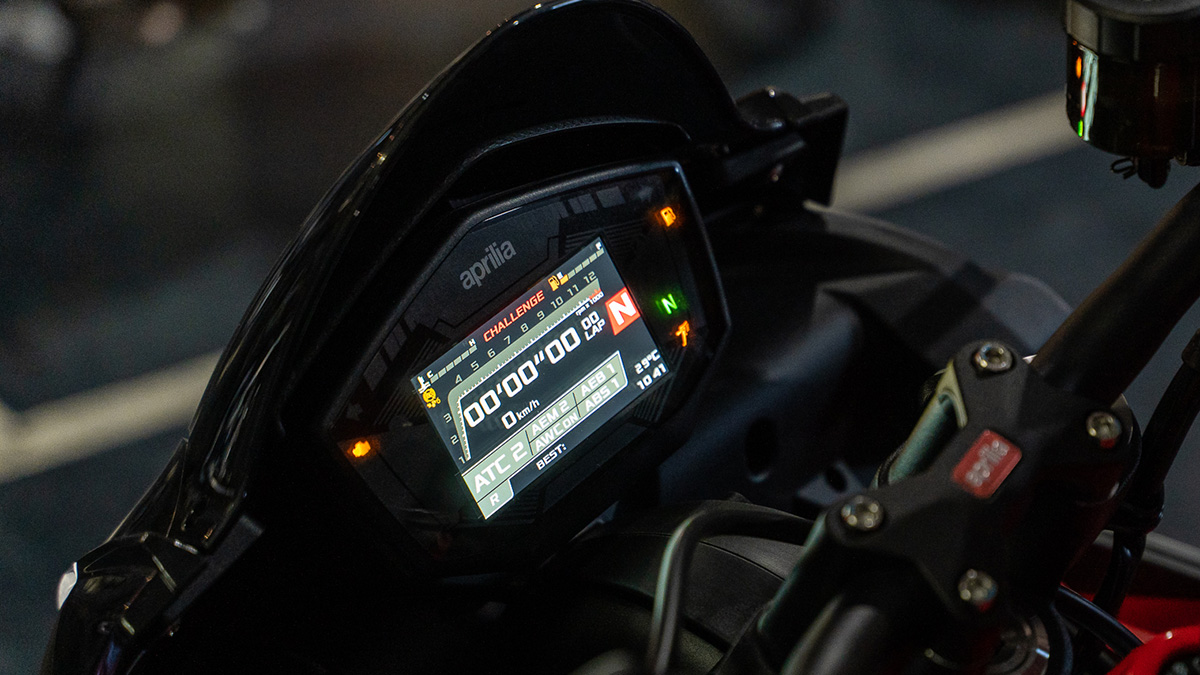 The RS 660 highlights the Aprilia Performance Ride Control, an advanced electronic control solution that uses six-axis navigation gyroscopes and accelerators—just like what airplanes use.

This smart electronic package includes adjustable traction control, wheelie control, a quick shifter, engine mapping, and ABS, all of which worked like a charm. These advanced specifications are easily operable while riding the bike. The electronic setting is accessed through the full TFT instrument panel. There are also three riding modes for road use: Commute, Dynamic, and Individual.

I switched to Commute and Dynamic modes while on the expressways. Based on riding feel, they didn’t show much difference in terms of handling and performance. I tried tweaking the settings in the Individual mode, but due to the limited alloted track time, I was not able to cover all the levels. 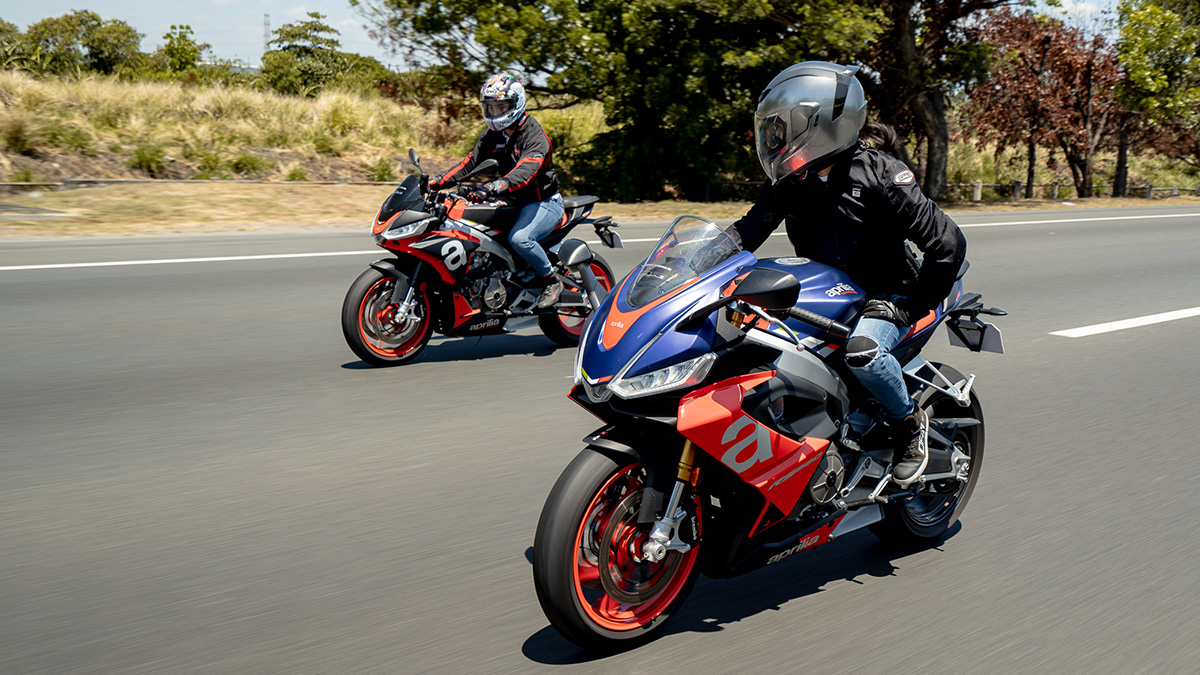 The RS 660 is an exquisite bike that offers the best of everything. Its power, ergonomics, weight, and aesthetics definitely make it an incredible sportbike. Words are not enough to describe how great the bike looks and responds.

I was able to establish my rapport with this user-friendly Italian machine quicker than I expected. I’ve heard a lot about the RS 660, so I have been wanting to personally experience it.

Now, I can say the literbikes might be too powerful and heavy for me. The RS 660’s armory of electronics could explain its pricey tag, aside from sporting the iconic Aprilia badge. It offers a high level of safety and security for the rider, and these, we all know, do not come cheap. 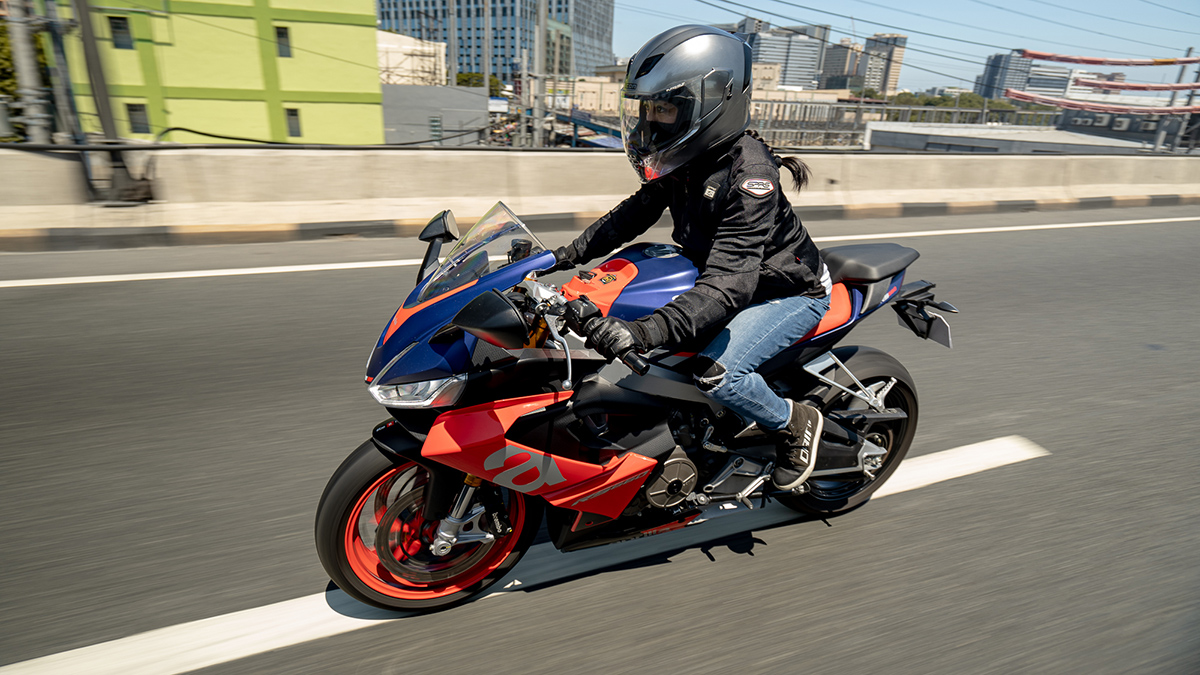 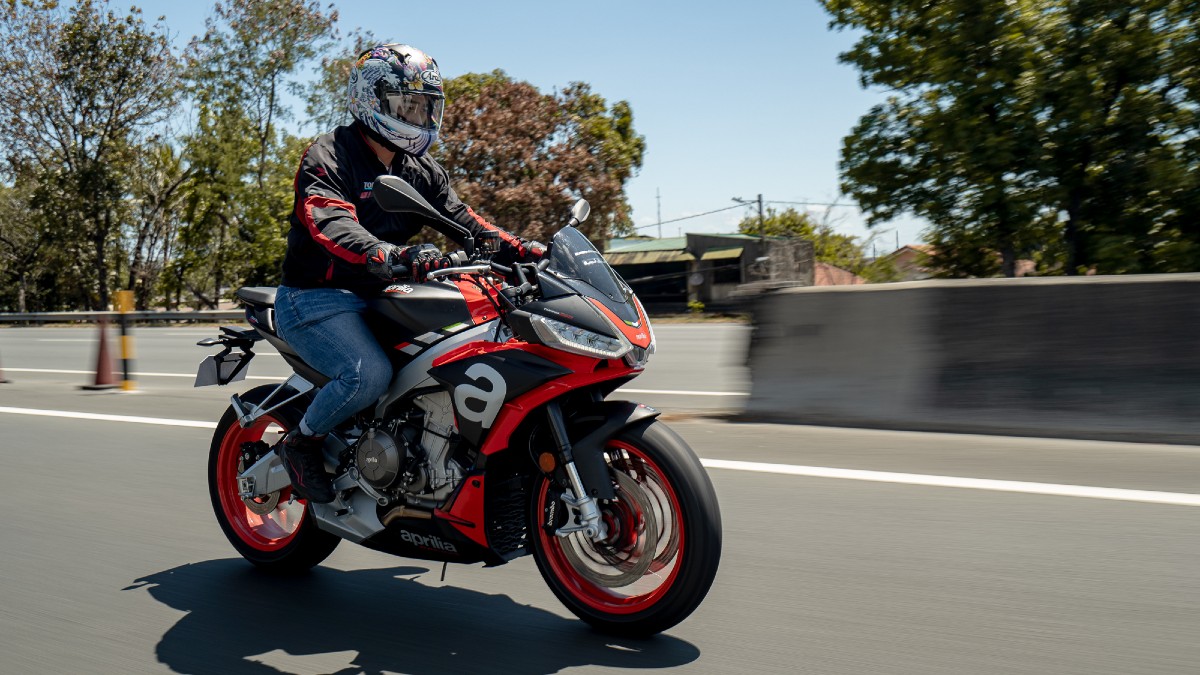 Review: 2021 Aprilia Tuono 660
View other articles about:
Read the Story →
This article originally appeared on Topgear.com. Minor edits have been made by the TopGear.com.ph editors.
Share results:
Retake this Poll
Quiz Results
Share results:
Take this Quiz Again
TopBikes Rating:
/20