This might be your ideal weekend track bike
by Che Estepa May 15, 2021

You’ve probably read our road review on the 2021 Aprilia RS 660. But we know the sportbike has two personas, being both a street-friendly bike and also a track-capable alternative to its bigger brother, the RSV4.

How capable is the RS as a track bike? Check out how it fairs as I tested it in Clark International Speedway, pushing it to its limit. Here’s how it performed in its real habitat. Ride with us.

What’s good about the Aprilia RS 660? 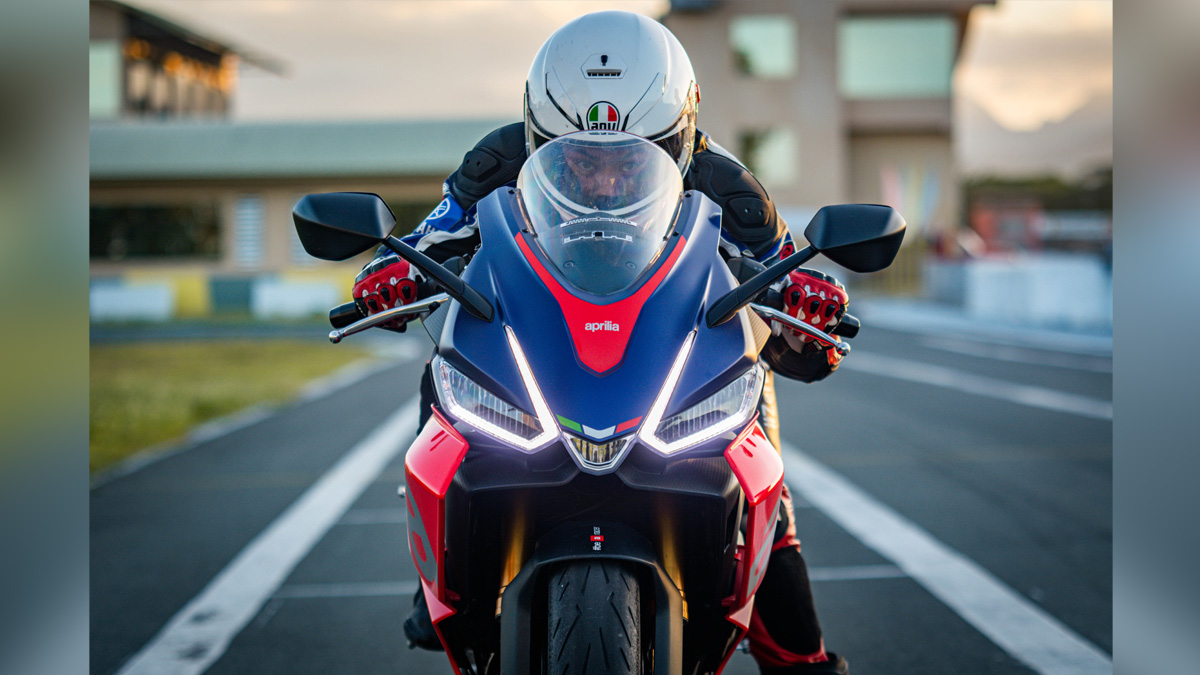 The RS 660’s power output is a little more than half of that of its bigger sibling, the RSV4. Aesthetically, the RS 660 is exquisitely designed. The colors themselves bring out the natural character of an Italian creation which is fun, outgoing, and classy. It comes in Lava Red, Apex Black, and Acid Gold.

I love how aggressively sporty it appears and how the color schemes give the bike enough character to stand out while not being overly vulgar, except for the odd color combination of the Acid Gold. This demo unit came in Lava Red, my favorite among the three options.

Around the track, I love how it looked while in motion, as if the bike’s color was fading from red to black from front to back since the front wheel is painted red—same with the color of the fairings. I also liked the rear wheel painted in black, which matches the tail. 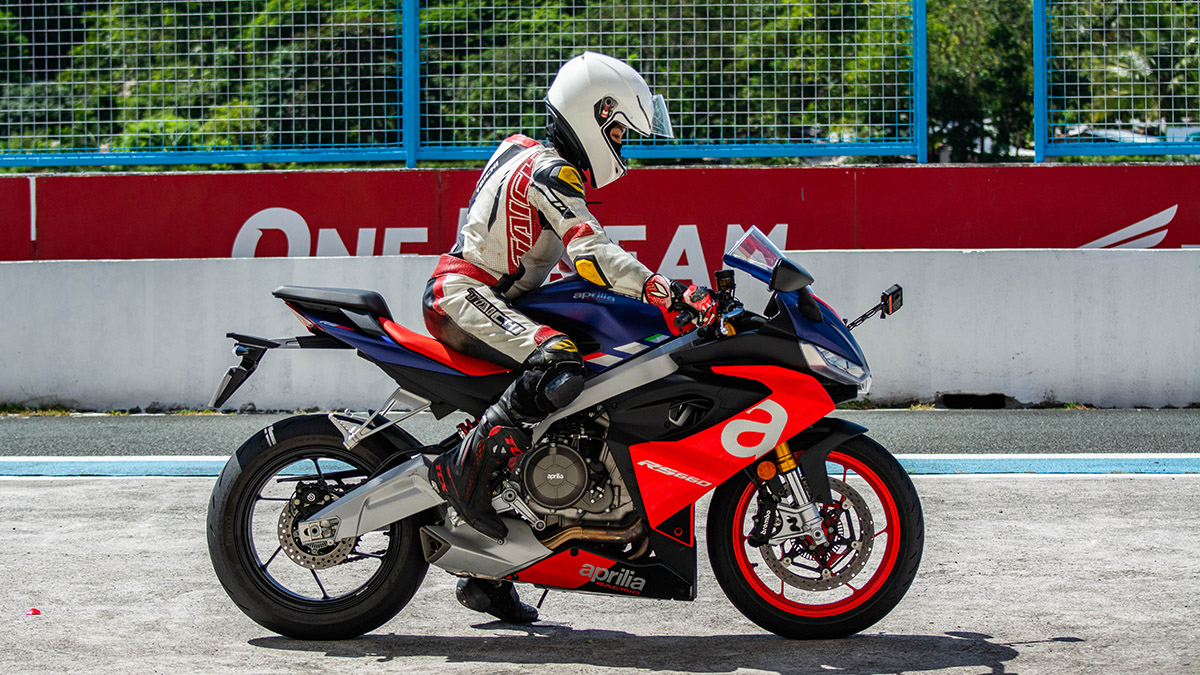 I find the RS 660 to be a sportbike with a comfortable ride. Born with racing genes, its ergonomics force me to lean forward, though it did not put me in an extremely aggressive riding position.

I personally go for a more hunched-over posture when playing around the racetrack, but as it stands, the riding position is certainly suitable to tuck myself for attacking corners at speed. The aerodynamics of the bike are stable and spotless both in straights and corners, thanks to the double-walled fairings that kept the bike stable at high speeds.

Its footpegs are not that rearward, but high enough to allow my legs to push up to the curves of the tank. For a stock setting, the placement of the footpegs is high enough for cornering, as I was able to knee drag without scraping them first.

The RS 660’s seat is very well-padded. On the track, it was so enticing to relax and not really push it because of the plush feeling the seat provided. 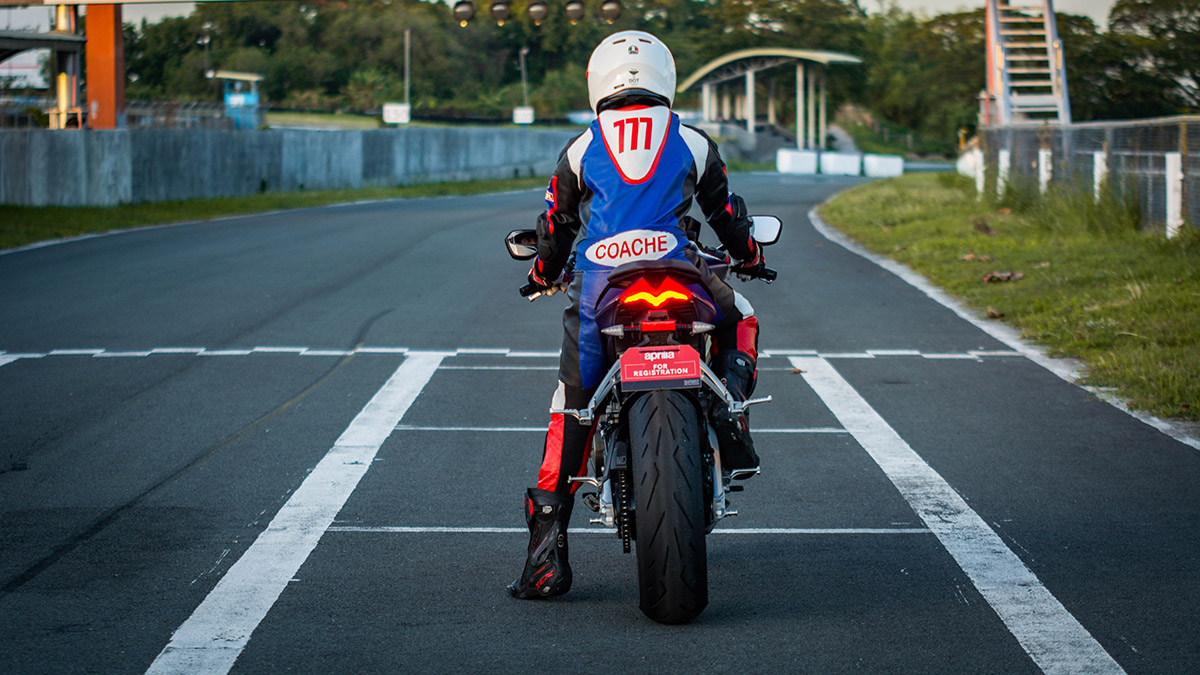 At the heart of the RS 660 lies a 659cc parallel-twin engine producing 100hp at 10,500rpm. This was so far the best sounding parallel-twin I have heard as I revved it around the track.

It sounds very much like the roar of an RSV4, giving out a formidable, deep and clear tone, but only in a smaller and easy-to-ride package. The uneven firing interval where the second cylinder fires 270 degrees after the first one creates this V-twin sound.

The RS 660 generates 67Nm of torque at 8,500rpm. Power delivery feels exceptionally smooth and accommodating as it accelerates accordingly the same way in any rev range and maintains its thrust up to its redline at 11,500rpm.

It uses ride-by-wire technology, providing docile and tractable throttle response in all gears. Its torque is felt as it reaches 4,000rpm, and the revs plays around 80% to 100% of the torque. The RS 660’s top speed is stated as 240kph.

With safety in mind, I set it in Commute mode when I pushed its potential along the track. I managed to get it up to 209kph just before slowing down and braking in preparation for the first corner. 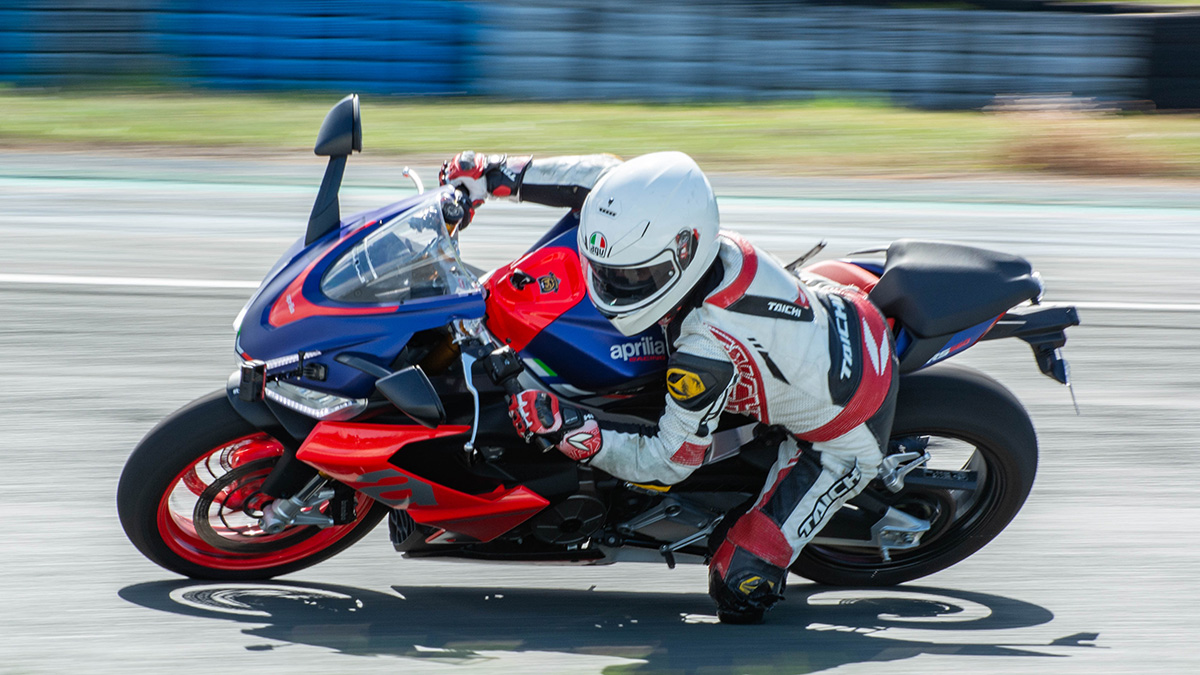 The APRC (Aprilia Performance Ride Control), an advanced electronic control installed in the RS 660, improves performance when on the track. The quick shifter and auto blip features are very convenient to use, as I had fewer tasks to think of while pacing around.

Riding it around the track felt so seamless and effortless as the electronics provided flawless transmission and torque control, even if I aggressively throttled in and braked hard while testing it around the speedway, even on corners.

The RS 660 uses adjustable preload and rebound upside-down Kayaba forks. In its standard setting, the suspension was too soft, as I felt it wasn’t as reactive as I turned into the corners. I also encountered a lot of wiggles while banking the bike. I recommend sagging the suspension accordingly to the rider’s weight for track use for better cornering performance.

As I pushed the performance of the bike at Clark and braked hard into the corners, I could guarantee how responsive the braking system is and assure that its braking power is more than enough to slow down the 183kg curb weight, plus my weight of 52 kg. The RS 660 uses Brembos both biting on a pair of 320mm steel discs.

The stock tires installed are Diablo Rosso Corsa IIs, which are perfect for the kind of bike the RS660 is.  These tires are Pirelli’s first multi-compound tires offering versatility for both the road and track.

On the straights, the middle part of the tire is made out of a harder compound, which gives enough grip and can last longer when you brake hard before cornering. The sides, meanwhile, are made up of a softer compound which provides stickier and greater grips when cornering. 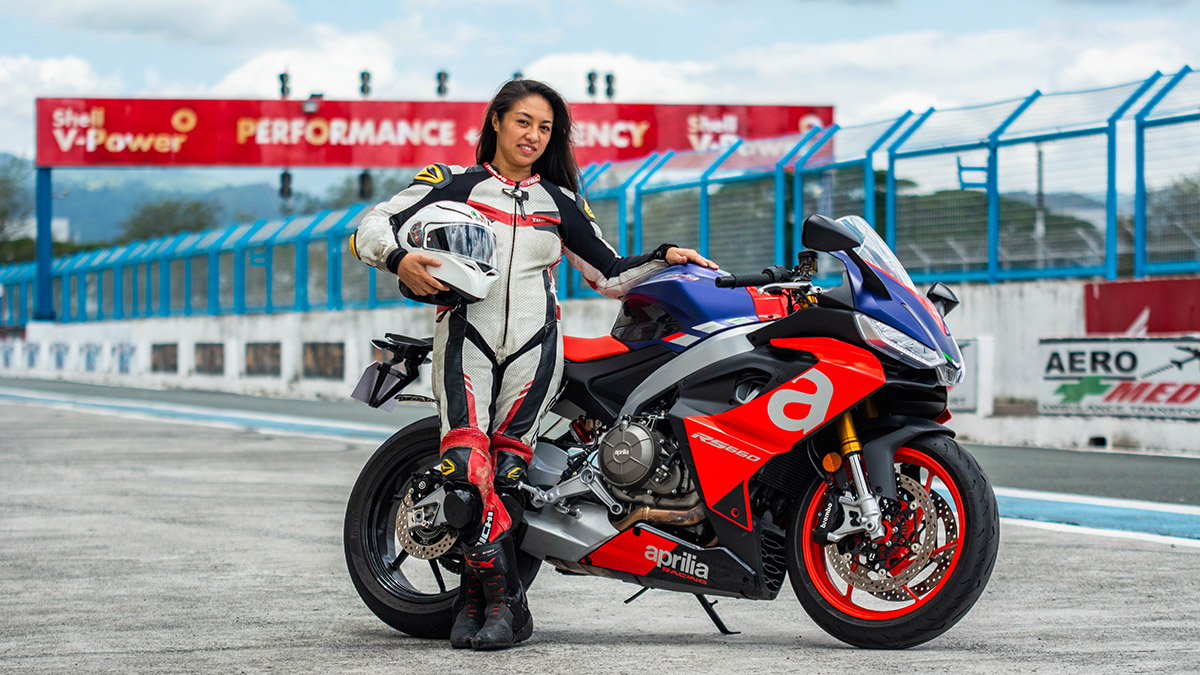 In retrospect, I really like the RS 660. It looks great and classy, provides great handling and performance, creates the right sounds, and makes me feel good when riding it. It is a capable track bike, but I would say it is more inclined to be a road bike.

With a price tag of P860,000, I would not use it as a regular track bike. I would take it for spins around the tarmac at times for fun, but would be reluctant to push it. Still, I would really consider making it my own personal bike for the streets. 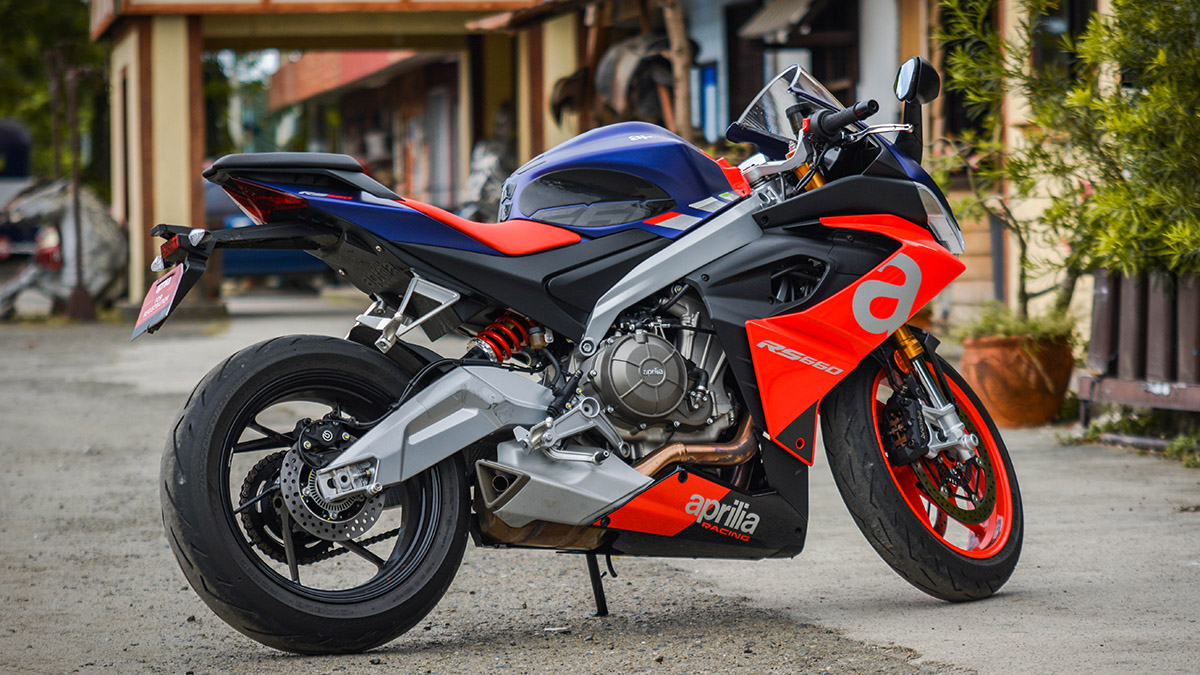 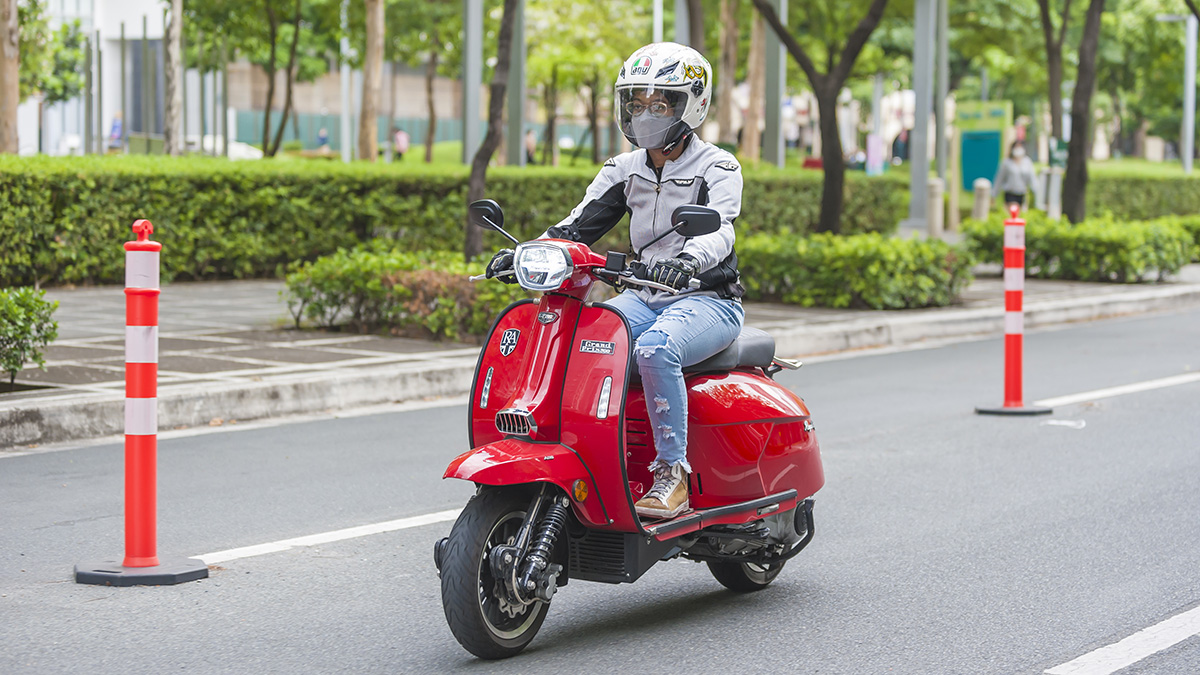