Almost all the big brands in the cruiser bike category are here in the Philippines. It just goes to show that the local market is still craving these evocative, low-riding machines that come with a rich heritage.

New models are announced almost yearly, but rarely do we see major changes in terms of features, especially when it comes to rider electronic aids. These cruisers continue to appeal to riders with design cues like a chrome finish, a raised handlebar, a low-strung seat, and of course, their loud engines. Since time immemorial, it has been this way, and the love affair with this species continues.

The BMW R18 is the newest kid on the cruiser block. Here, we test the recently launched R18 First Edition. The Berlin-built R18 is BMW Motorrad’s second attempt to penetrate the cruiser market after the short-lived R1200 C. Let’s see if they got everything right this time. 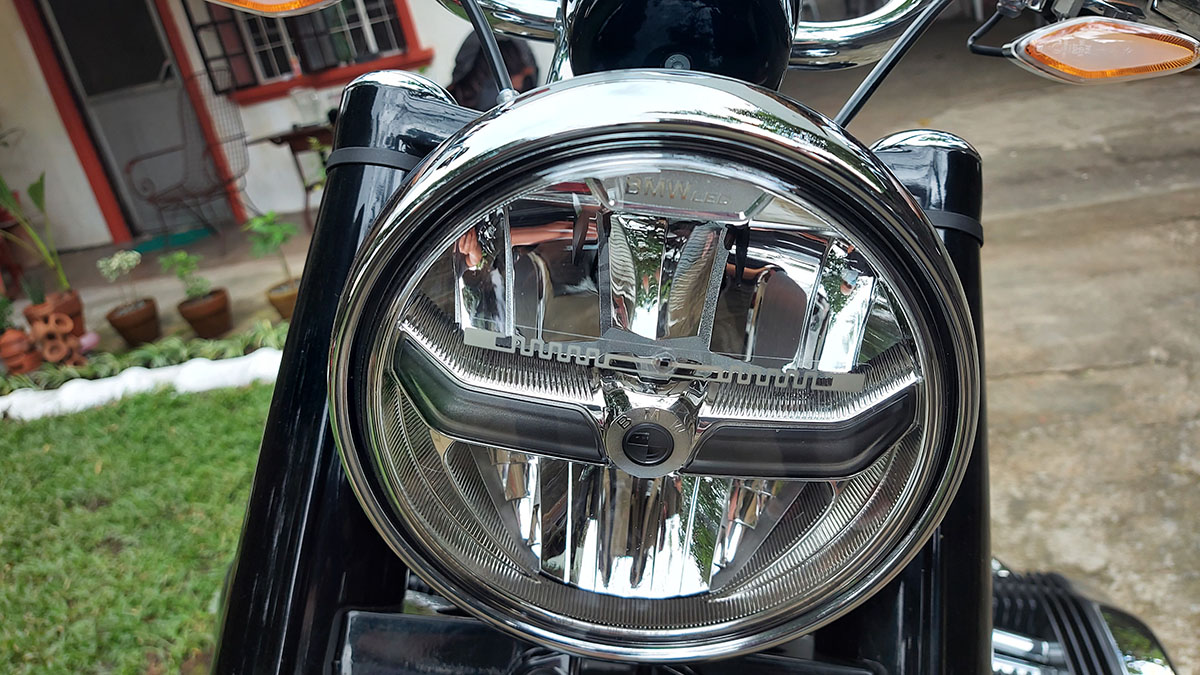 Looking at it from all angles, the new R18 First Edition still bears many traces of the iconic BMW R5 from which it drew its design theme. From the white pinstriping on the deep glossy black fuel tank that reaches the rear fender, to the classy BMW logos and emblems, everything about this cruiser is clean and graceful.

The nicely chromed layers of the front engine, master cylinders, hand and foot controls, valve covers, handlebar ends, brake calipers, and even the exposed driveshaft project the R18 as a thing of beauty. The cables, clamps, and wires are neatly tucked away, too.

All the details here are made of premium, classy materials, particularly the logos and emblems. When I first saw it in the metal, my eyes were glued to its immense shape and impressive architecture. Another masterstroke is the R18’s uniquely designed swingarm that was made to project a hardtail configuration. In reality, it has a spring preload-adjustable shock absorber discreetly mounted from within. 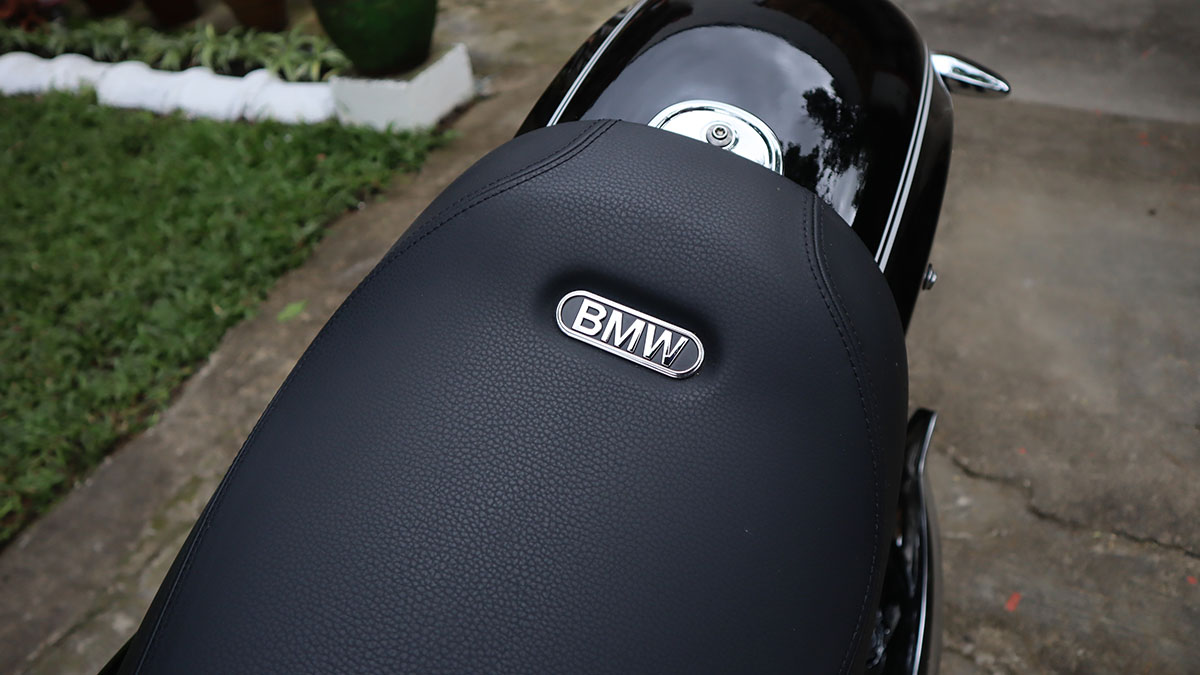 As I settled on the well-padded seat, I realized that the R18’s stance is more like a retro-standard bike. Its 28in seat height will surely not be a problem for the average Filipino rider. The same goes for the upright position of the handlebar, which allowed me to execute full-lock steering without having to extend my body.

Instead of metal pegs, a true-blooded cruiser like the R18 pampers the rider’s feet with floorboards covered with rubberized matting. On top are the gearshift control and rear brake pedal, both with a dazzling chrome finish. The stretched gear shifter gives the impression that the R18 has a rotary transmission, when it actually uses a constant mesh-type with a one-down/five-up pattern with the shifter extended backward. No need here to slide your left shoe under the front part of the shifter to change into a higher gear.

Unlike traditional cruisers that commonly have forward-positioned pegs, the R18’s floorboards are in a neutral placement. The massive, watermelon-sized air- and oil-cooled cylinders left the designers with no other option but to adopt this setting instead of using the usual foot controls that give taller riders more legroom. 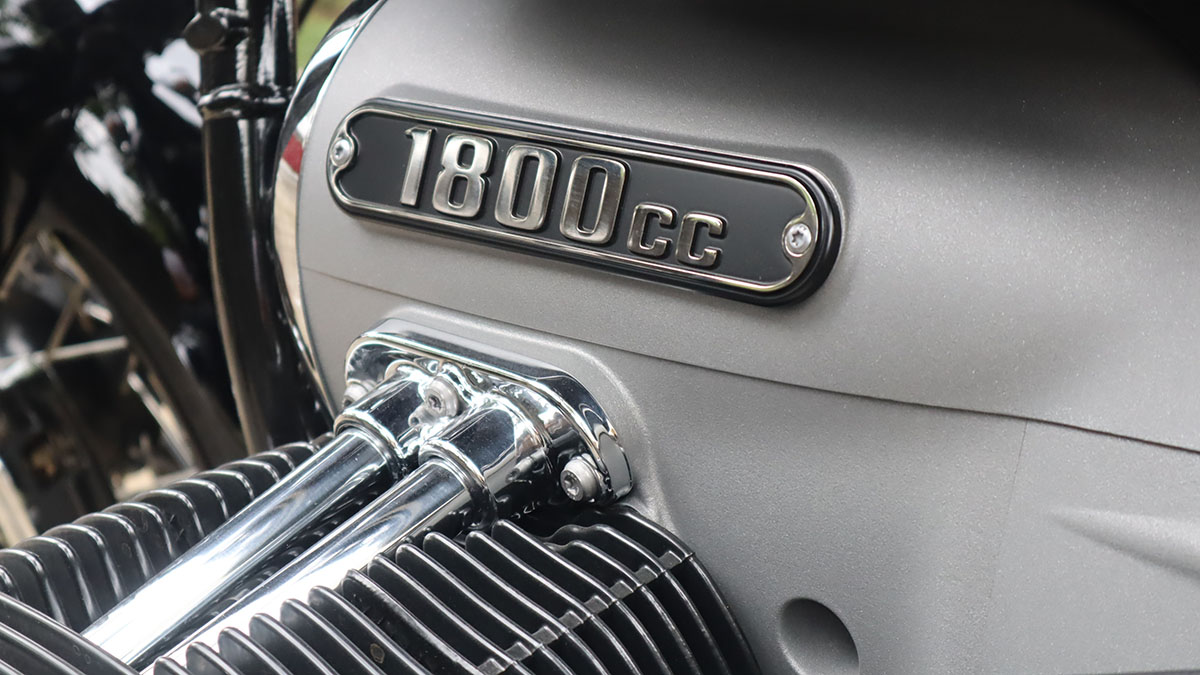 If you think the size of the R18 is immense, wait until you fire up its huge powerplant. During the engine start-up, the whole motorcycle vibrates tremendously. I might be exaggerating, but the sudden jolt reminds me of the electric shock from a defibrillator.

Scary? Not really. This unique start-up trait, common among shaft-driven motorbikes with boxer engines, may shock those who feel it for the first time. The main difference with the R18 is that the jolting is stronger and more pronounced.

I was told that BMW’s engineers purposely designed the R18’s mill this way to highlight the retro feel. Clever! At standstill, the bike twitched a bit to the left every time I blipped the throttle. But when it hit the road and picked up speed, the R18 rode in a smooth, predictable manner. 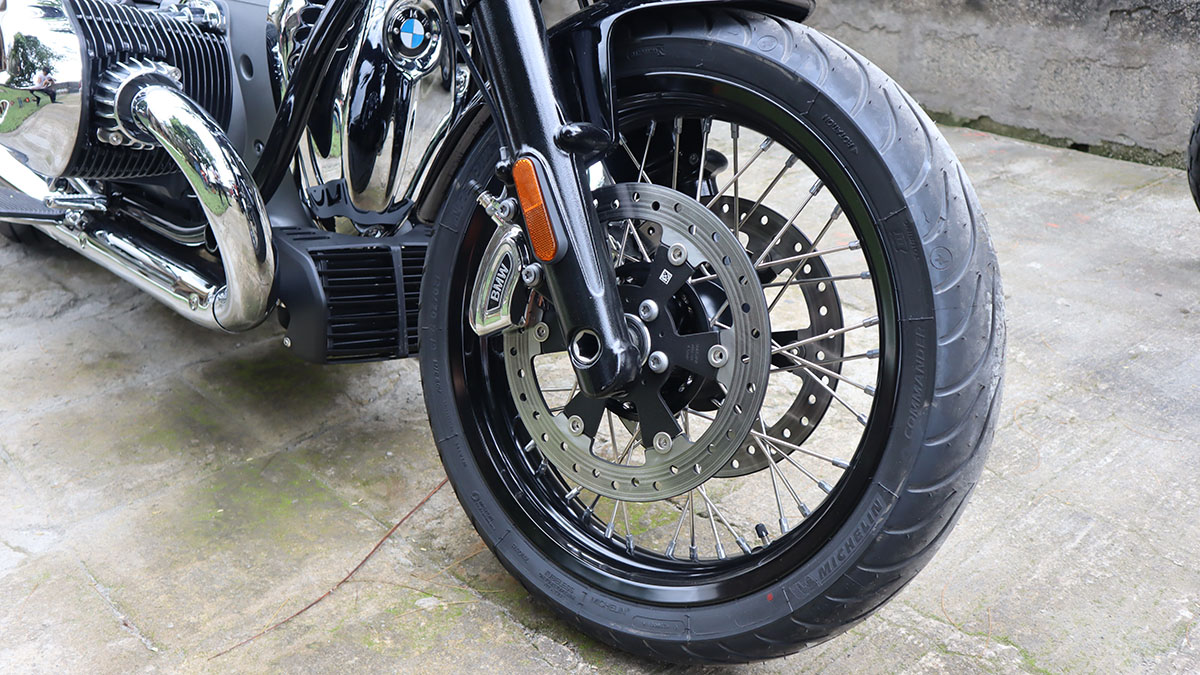 Traveling to my hometown in Batangas from Metro Manila over a weekend was a long enough ride for me to get acquainted with the R18. All the while, the cruiser never ceased to amaze me or the other motorists on the road.  Instead of challenging me to a sprint run after seeing the bulging 1,802cc engine (which produces 91hp and 157.2Nm of torque), other riders calmy rode beside R18 briefly and flashed a thumbs-up before rejoining their groups.

The guys from Berlin managed to embed some electronic bits here like ABS and three riding modes: Rock, Roll, and Rain. Despite its 345kg weight and long wheelbase, this solid, muscular stallion turns with surprising precision at speed without much effort from the rider. But when making a U-turn, I took extra caution because of its wide turning radius—a typical trait among cruisers. This is nothing new if you’re accustomed to riding sportbikes and nakeds. 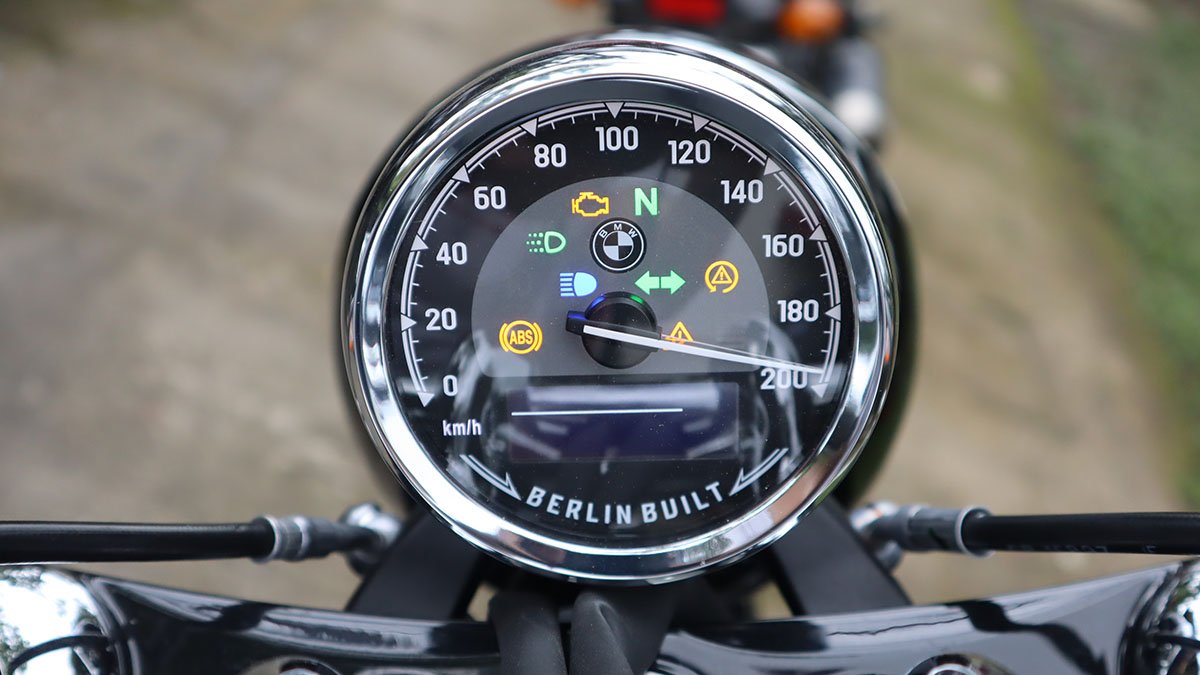 Integrated into the R18’s elegant chrome-laced, analog instrument panel are a digital gear level indicator, rev counter, and fuel gauge readout. But barring the three riding modes and a few other electronic tidbits, this is a bare-bones cruiser.

If you have deep pockets , BMW Motorrad offers a wide array of premium aftermarket accessories from original ape bars and saddlebags, to a Vance & Hines exhaust system if you’re not satisfied with the R18’s original fishtail pipe.

But there’s one thing the First Edition variant offers that every rider would love to have on a bike this size: a reverse mode. Powered by an electric motor, the reverse mode is activated through a small lever at the left side of the engine. When engaged, the bike moves backward in a slow, safe manner by pressing the red start button beside the right handgrip. 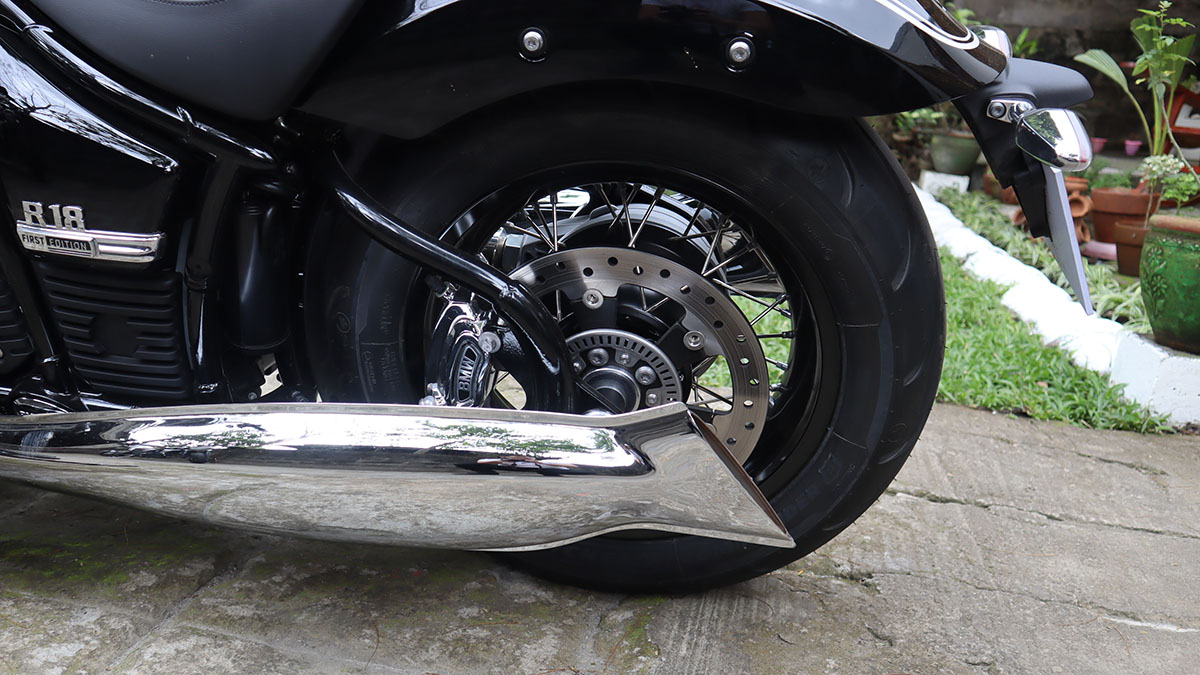 After this test ride, I would be lying if I said I have not fallen for the R18 First Edition. I definitely consider this motorbike a keeper. However, I share this predicament with many riders who have been mesmerized by its irresistible appeal: How do you justify the cost of a P1,955,000 motorbike to those around you? Let us know your suggestions in the comments. 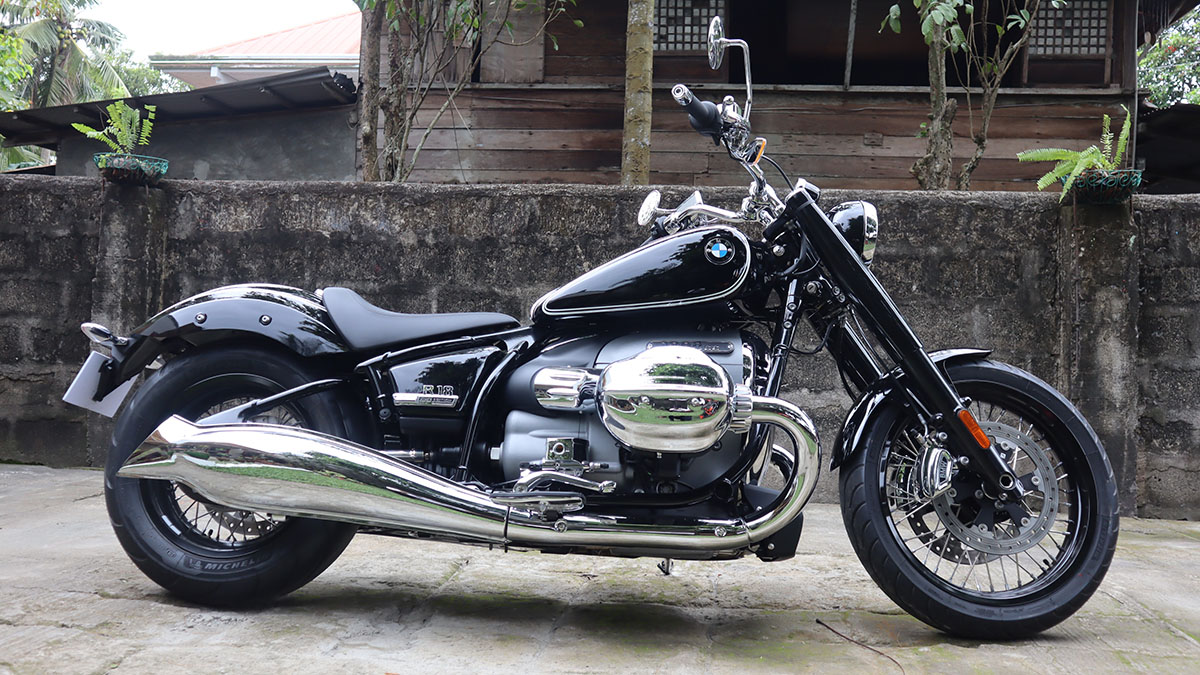 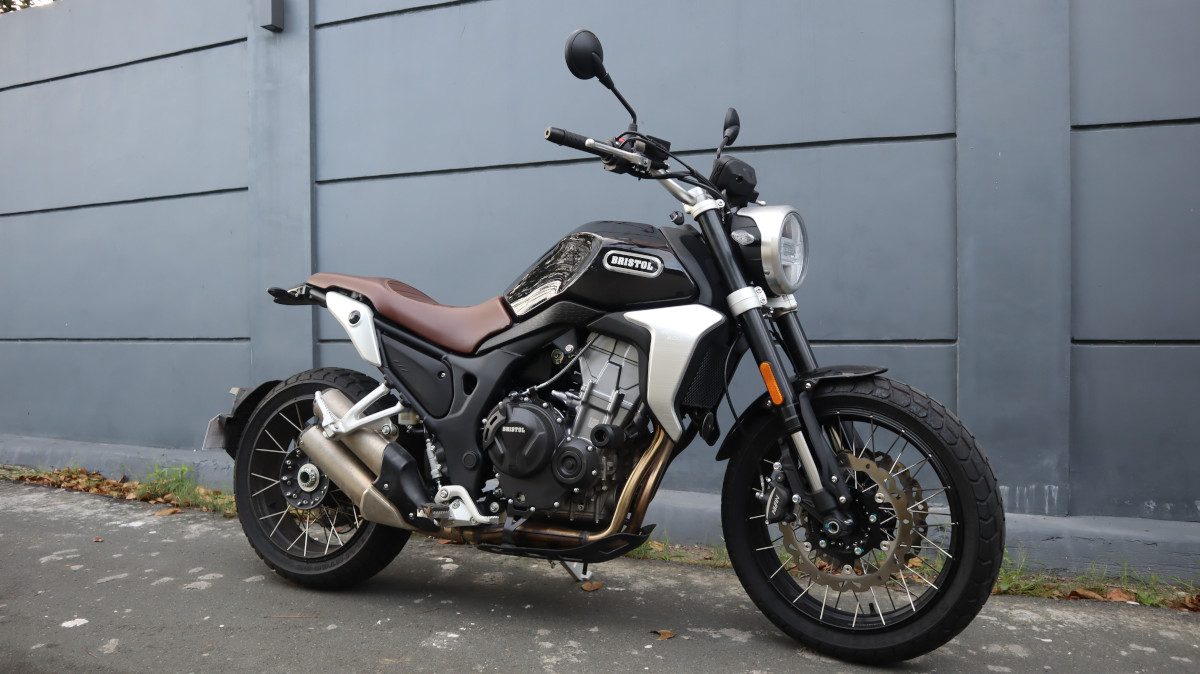 Review: 2021 Bristol Veloce 500
View other articles about:
Read the Story →
This article originally appeared on Topgear.com. Minor edits have been made by the TopGear.com.ph editors.
Share results:
Retake this Poll
Quiz Results
Share results:
Take this Quiz Again
TopBikes Rating:
/20