It rides like it’s ready for mischief
by Agnes Uzochika Aja Feb 15, 2021

Husqvarna’s local launch of three new models under KTM’s wing might just create the right spark for a wildfire. With Philippine-assembled units slowly making their way into the market, we test-rode the Svartpilen 200 to satisfy the curious. Are we ready for another Euro invasion? 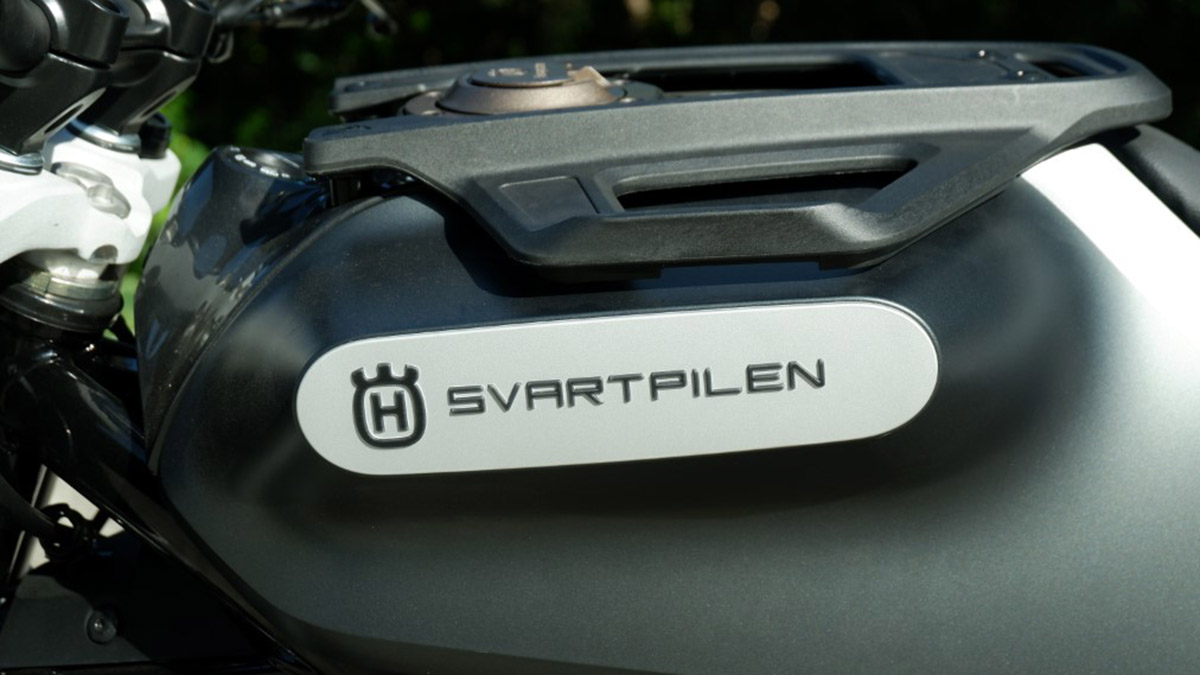 As an urban scrambler, the Svartpilen 200 falls neatly into modern-classic territory. It looks like it could have rolled out from the ’60s, but there’s no mistaking that it’s a modern motorcycle. True to the scrambler aesthetic, it sports a tall seat, a narrow body, upright bars, and meaty dual-sport tires. The only thing missing is an upswept exhaust pipe.

Color choice (matte greys and black, that’s it) and design cues are bold on this bike, and the most interesting lines show up at the tank and seat. The overall body stays compact and slim, much like a dirt bike. Then it meets the tank, which contours like an overhanging cliff, bulky only at the very top. The effect, as someone else summarized, is that it looks badass. Agreed. Husqvarna hit a home run with this one. 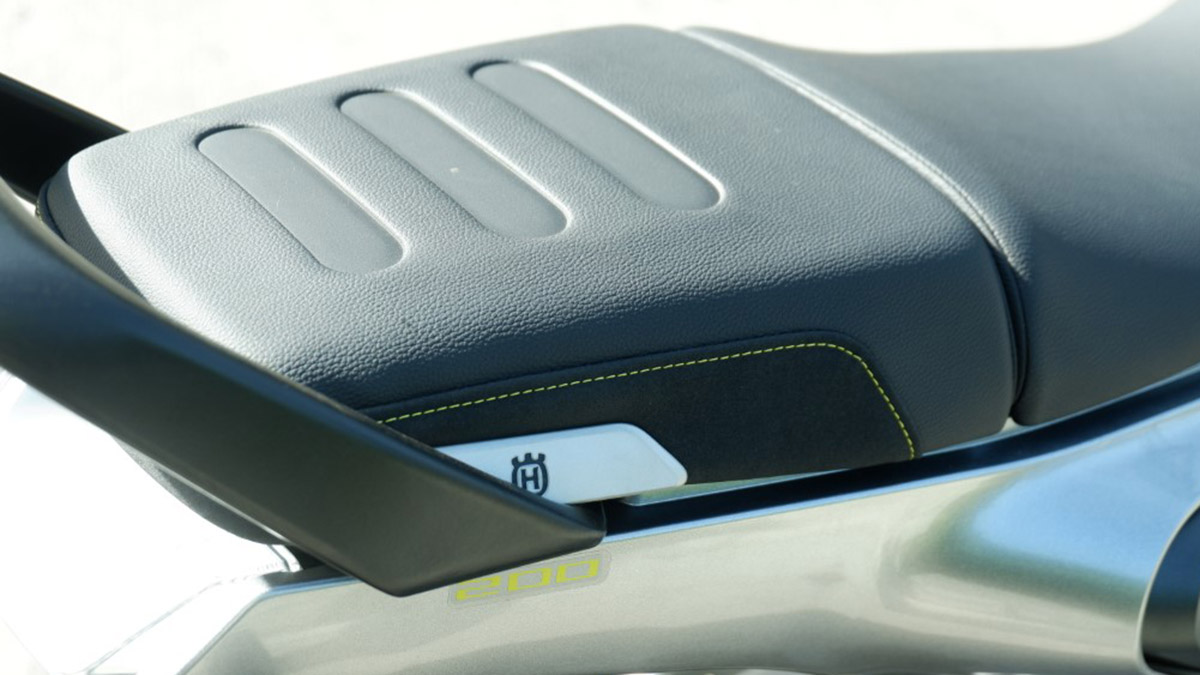 As expected from a scrambler, the Svartpilen has a tall, narrow, and thin-cushioned seat. Swinging a leg over the 32.9in seat can be daunting for shorter riders. As someone with an inseam of 28in (with boots), flat-footing was not an option. Keeping the bike upright at a stop meant balancing on the ball of one foot, and hopping on meant swinging a leg over with the side stand already up.

Despite those obstacles, the seat’s narrowness helps in gripping and controlling the bike. The cushion could be softer, though. Upgrading to a thin gel cushion would maintain the scrambler aesthetic while increasing comfort. 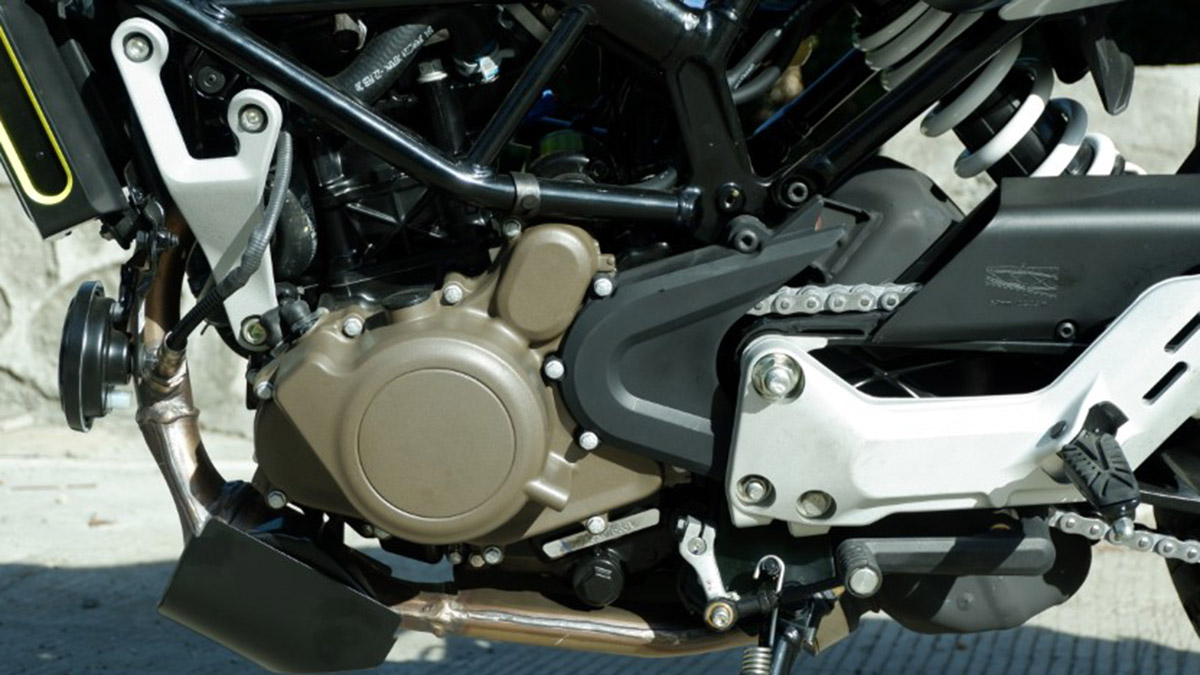 As a brand under KTM, Husqvarna gets access to the Austrian brand’s tech. In the Svartpilen’s case, its 199.5cc single-cylinder, four-stroke engine is borrowed from the new 200 Duke.

Logically, it hits the classic KTM notes for speed and power—it idles and revs high. It wants you to go just a little faster and reaches its peak power (26hp) at 9,000rpm. Sure, you can putter around in second and third gear, but why miss out on the fun that starts when you hit fourth gear.

After a while, the engine fan kicks on and makes a racket, but overheating isn’t an issue for this liquid-cooled engine. 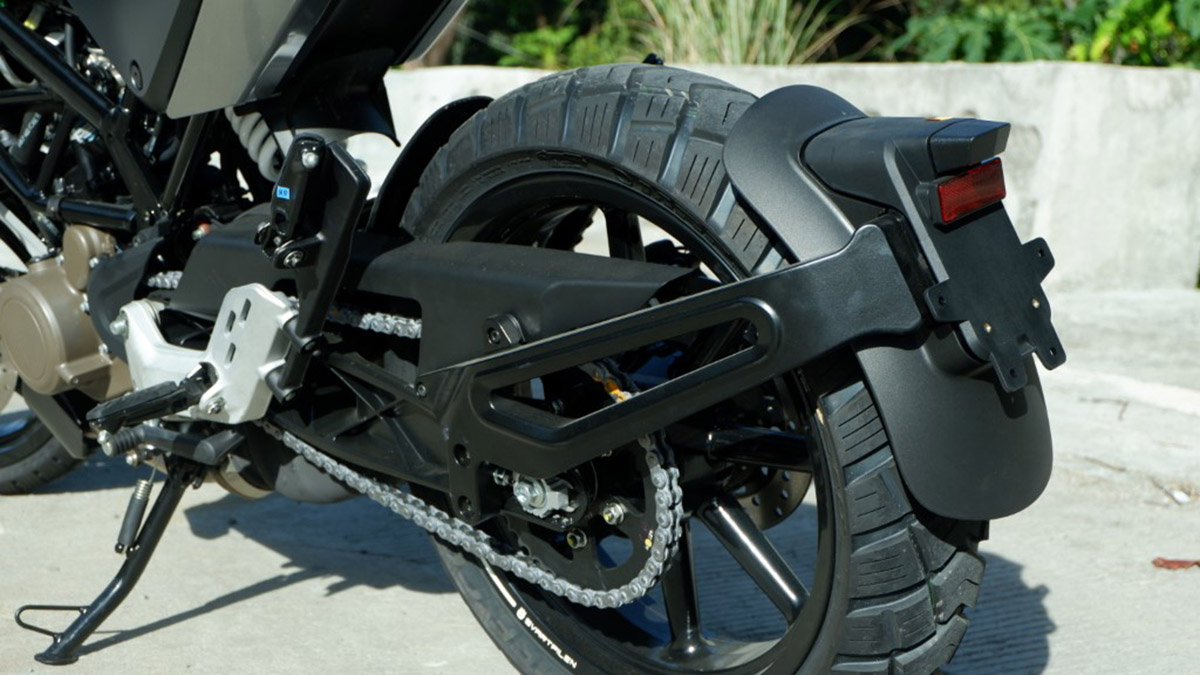 With a wet weight of 149kg, the Svartpilen 200 is a light bike for its class. It feels like it, too; it’s a breeze to balance and steer even when riding at a snail’s pace. The throttle is a highlight on this bike. It’s very responsive, making quick acceleration a given. Combined with the smooth transmission, shifting on the Svartpilen is a sensory delight.

There’s an engine whine, successive clicking of gears, and a surge of power which slingshots the bike forward. The feeling is as satisfying at 35kph as it is at highway speeds. And it makes even something as basic as picking up packages from the post office feel like an adventure.

On the stock suspension settings, the WP Apex suspension felt stiff. This made road feedback a bit tiring on bumpy roads, but I feel like adjusting the rear preload and front forks to your weight will get the best out of the premium suspension. While the ride comfort needs fine-tuning from stock, expect plenty of power and security from the brakes right off the bat.

Dual-channel Bosch ABS controls the massive 320mm front disc and 230mm rear disc. The brake feel is on-point, and the ABS feedback on the lever is almost imperceptible.

The bike’s dual-sport tires grip the road well and, in theory, should handle some light off-roading. It’s an idea best left on paper, because the Svartpilen’s exhaust is underneath the bike—a glaring departure from its dirt stylings. 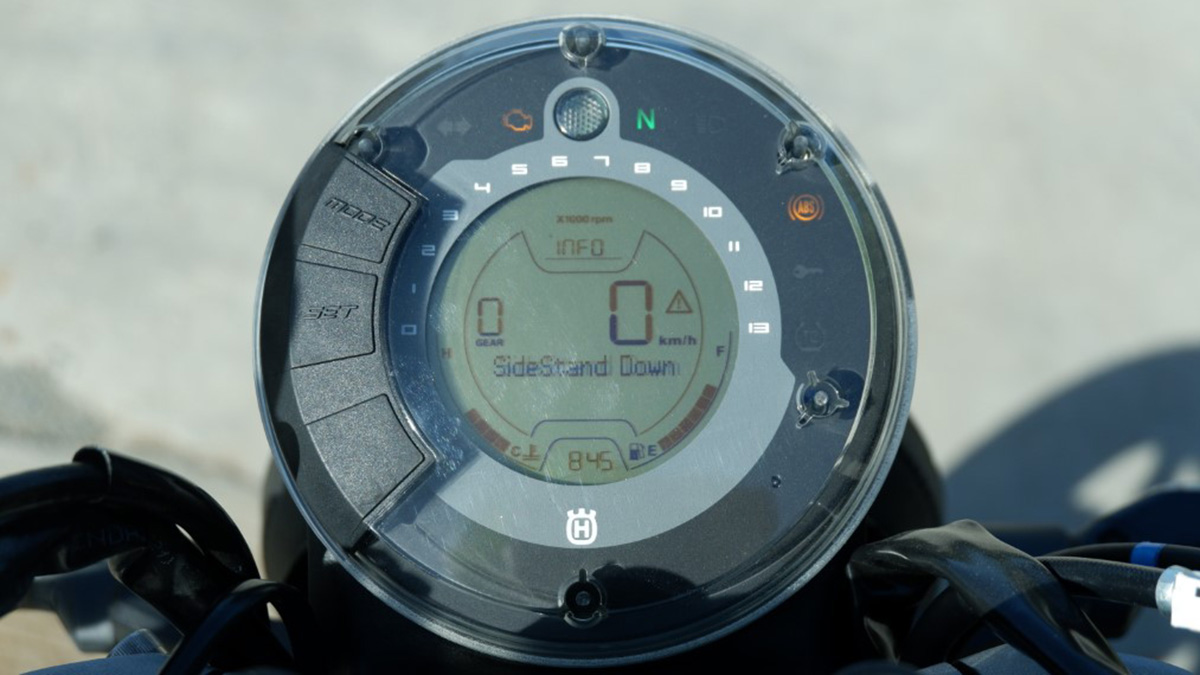 The Svartpilen 200 is a minimalist’s bike, but the few extra features it has are premium. Dual-channel Bosch ABS is a big one, and WP Apex suspension is another. The motorcycle also has two riding modes: road and supermoto. The rode setting keeps the full ABS on, while supermoto switches off the rear ABS for more rear-wheel locking.

The folding footpegs are an unexpected extra for shorter riders. They fold instead of poke when you need to put a foot down or put the bike on its side stand. To maintain the bike’s simplicity, Husqvarna went with slim LED lights and a digital LCD panel, complete with shift light, gear indicator, odometer, trip meter, and mode selector.

There is one thing missing in the 200 that’s present in the 401: adjustable clutch and brake levers. It’s an odd detail to leave out of the little Svartpilen, as it would have added to the bike’s premium feel. 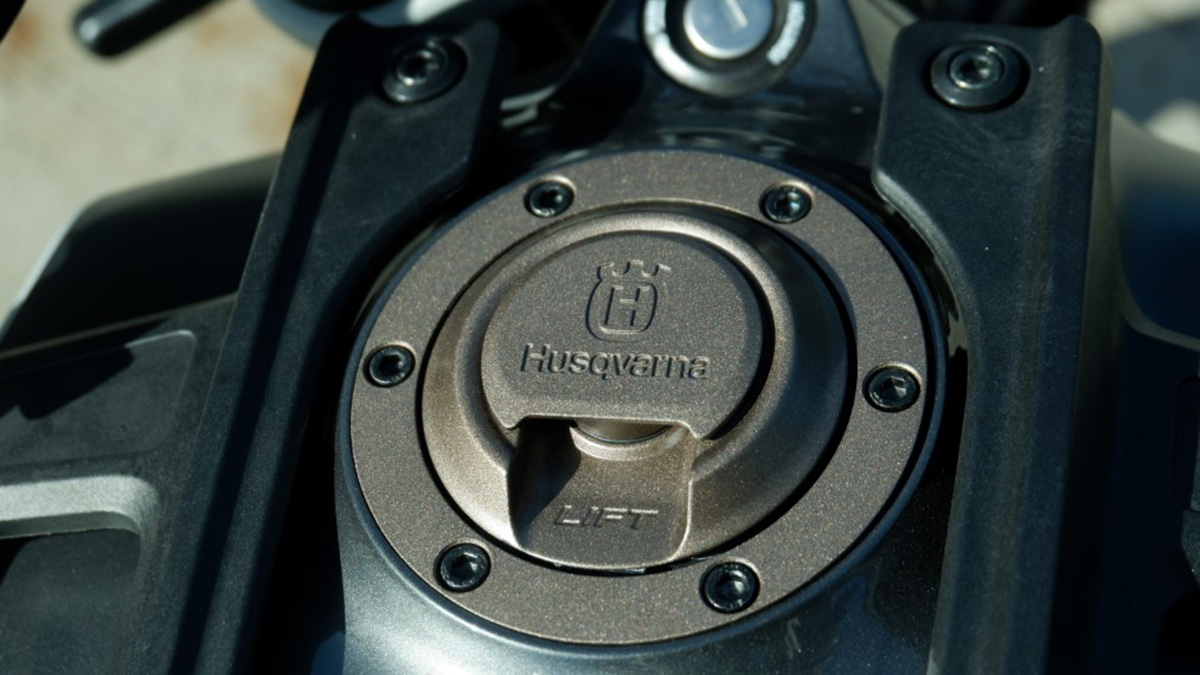 The Husqvarna Svartpilen 200 is a solid bike, and it has the potential to create a new and wider following for the Swedish brand in the country. It rides like it’s ready for mischief and already looks like the scrambler build some riders pine for. Heck, if I could grow two more inches and get P175,000, I would seriously consider buying this bike. Wouldn’t you? 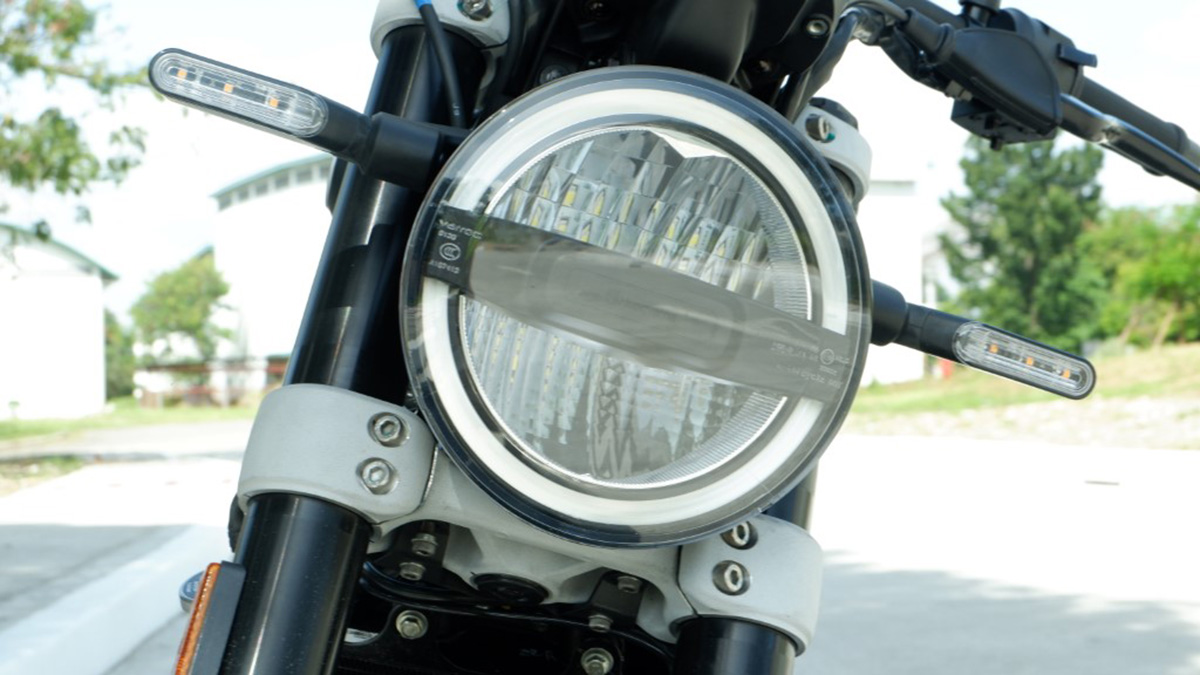 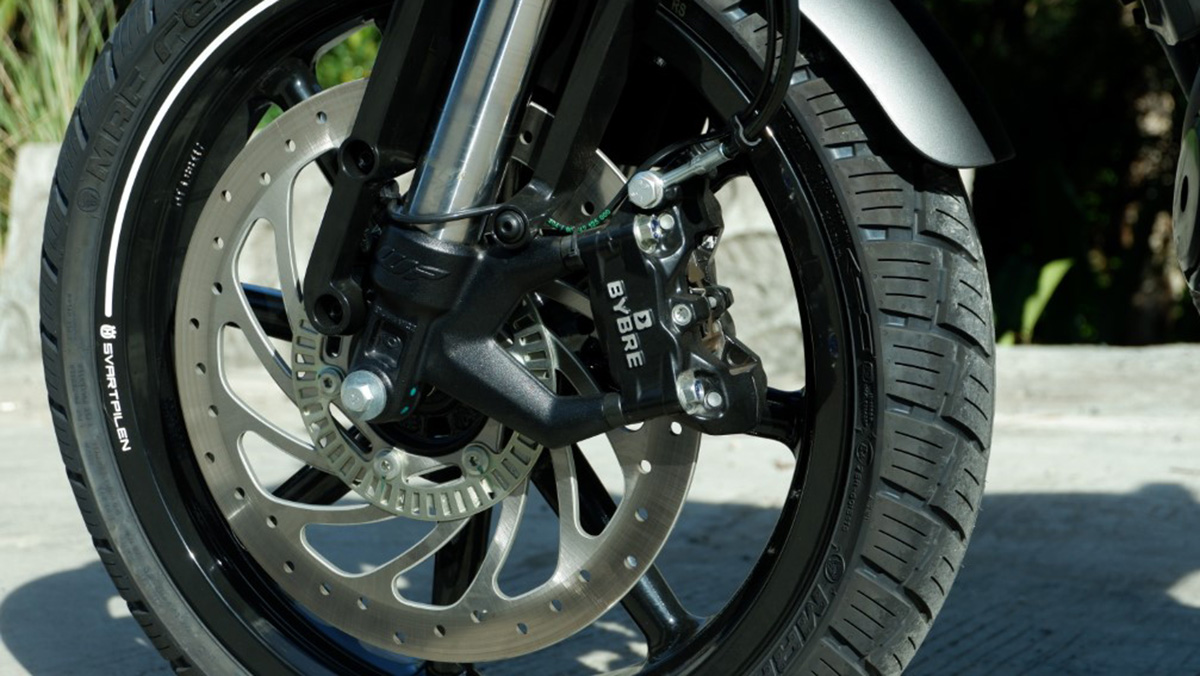 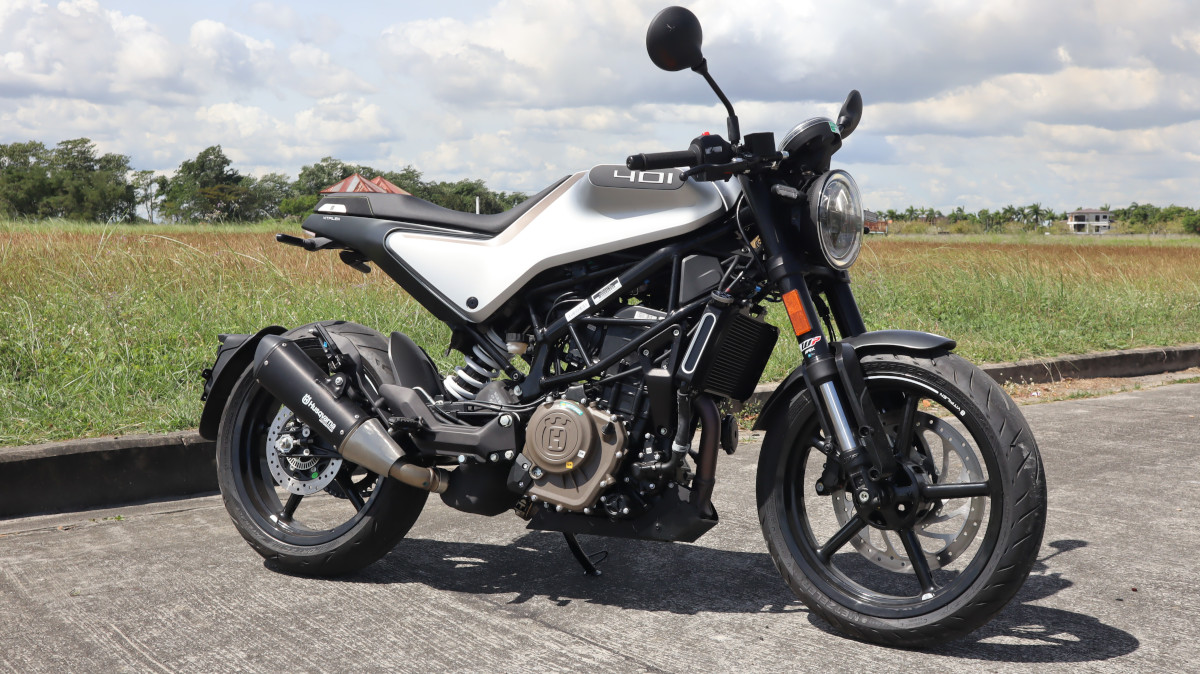 Review: 2021 Husqvarna Vitpilen 401
View other articles about:
Read the Story →
This article originally appeared on Topgear.com. Minor edits have been made by the TopGear.com.ph editors.
Share results:
Retake this Poll
Quiz Results
Share results:
Take this Quiz Again
TopBikes Rating:
/20