We won’t be forgetting this bike anytime soon
by Matthew Galang Sep 22, 2021

Last time we had the privilege of taking an MV Agusta for a spin, it was the achingly beautiful Superveloce. While this retro sportbike is a treat to ride in optimal conditions, it’s quite a handful in traffic, which begs the question: How would riding one of MV’s more city friendly offerings be like?

Enter the Dragster 800 RR—a naked bike with a revised version of the Superveloce’s 800cc triple-cylinder engine, top-quality kit, and the same attention to detail and artistry as its fully faired stablemate.

The 2021 Dragster was launched in the Philippine market earlier this year, and I had a chance to be one of the first to try out the new and improved naked.

Just how well did this streetfighter fare as a daily rider? 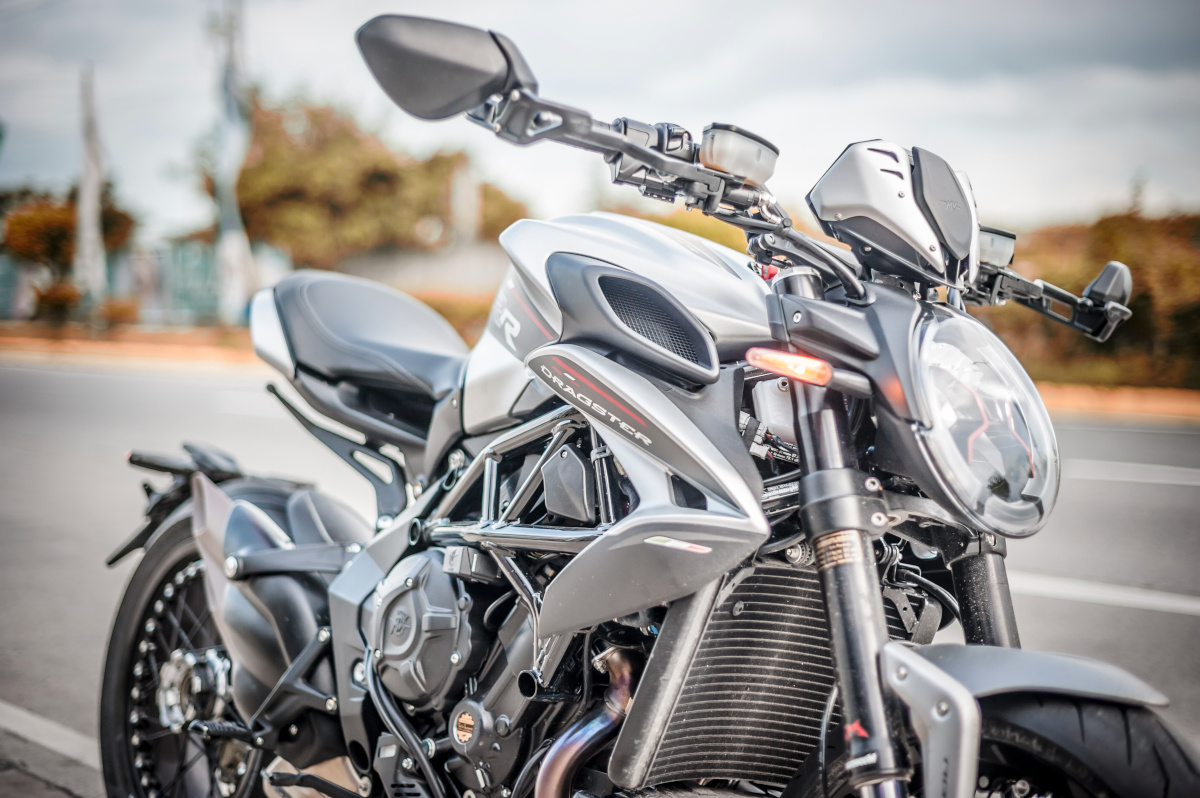 The Dragster’s design makes no effort to conceal the combination of artistry and potency housed within its trellis frame.

The naked bike flaunts all its muscle for the world to see. An imposingly sculpted fuel tank, triple-exit exhaust pipe, clean-cut tail, and single-sided swingarm give the Dragster the impression of speed, power, and aggression even when standing still. Touches like Italian flag decals, wire-spoked wheels, tasteful logos, a unique tail light, and the signature of the specific bike’s engine builder make an already premium motorcycle even classier.

It’s the type of bike that’s nearly as fun to look at as it is to ride. I’ve personally spent more than a few minutes staring at the Dragster in silence with a cup of coffee in my hand, my eyes savoring every detail of this art piece. 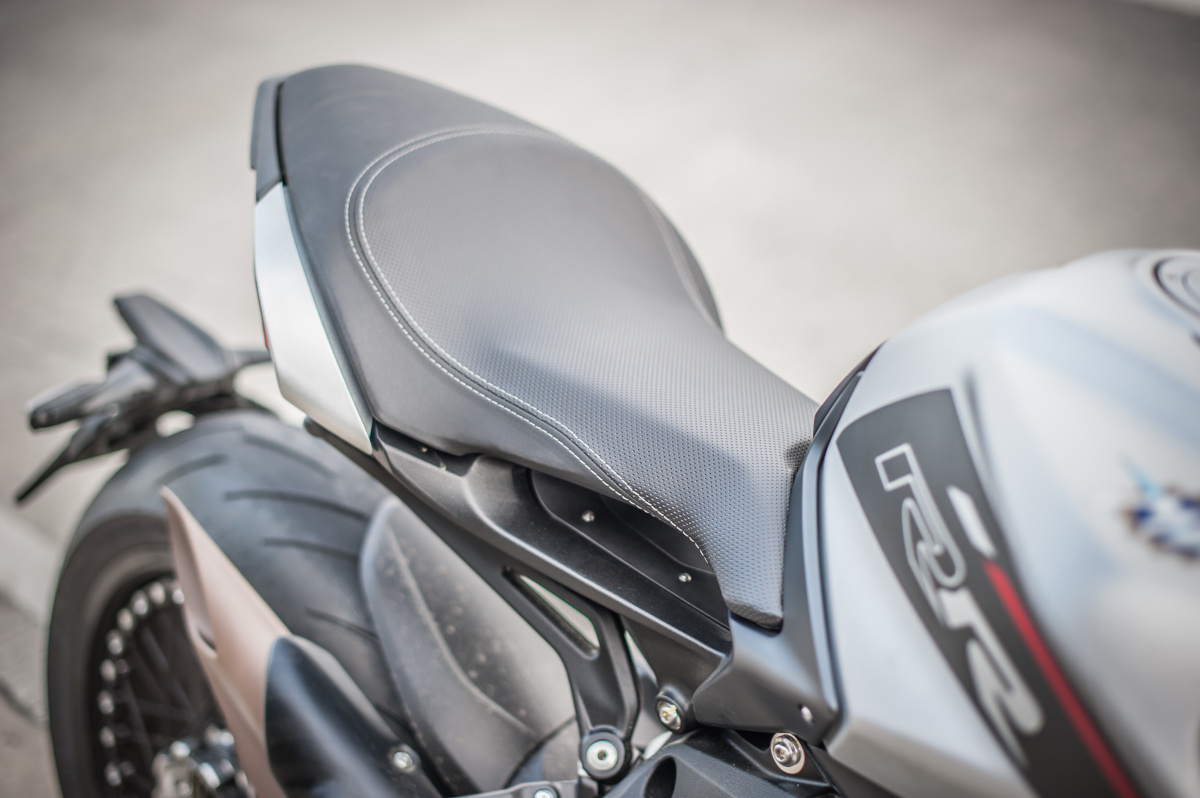 Despite the short impression that the rear end gives off, the bike’s seat is surprisingly comfortable. Ample cushioning supports the rider’s bum during longer rides; the foot pegs are sporty without being too rear-set; and the clip-on handlebars don’t force you into a race bike-style riding position. Engine heat isn’t too bad either, but it does get warm enough in traffic as a reminder of the power between your legs. Seat height isn’t too tall at 33.27in, though shorter riders will have to hang half of their butts off the saddle to reach the ground at stoplights.

The bar-end mirrors do a great job of showing what’s behind, but its size and position make it a bit difficult to squeeze through traffic unless you fold it in.

At first glance, you might think that the Dragster has no passenger accommodations. A look under the seat, however, reveals cleverly-hidden pillion foot pegs that swing out of the way when not in use. It will probably stay there most of the time because of the small rear seat. 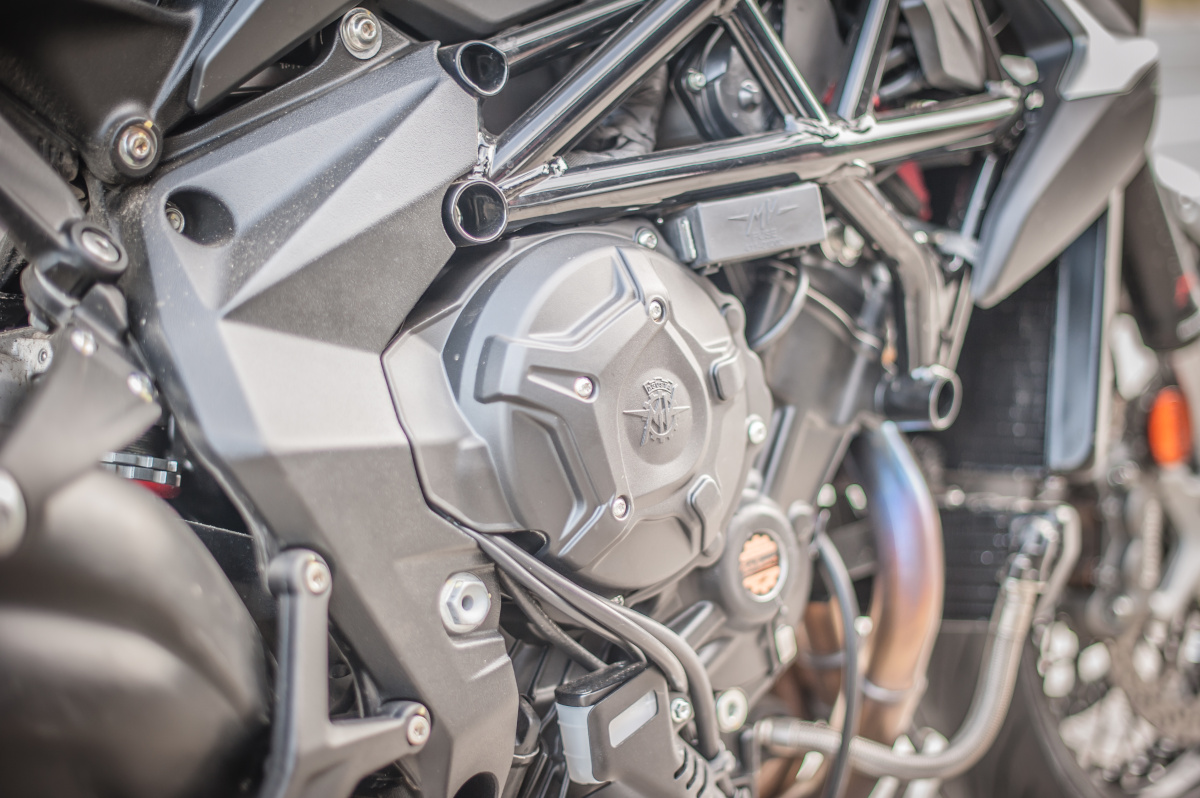 True to its name and appearance, the Dragster is one brisk bike. Its 798cc DOHC triple-cylinder engine churns out a hefty 140hp at 12,300rpm and 87Nm of torque at 10,250rpm. MV Agusta claims a top speed of 244kph, which we don’t doubt in the slightest. Twist the throttle and the bike will rocket with the power of a dedicated sportbike.

Power delivery is smooth and refined, while savage and exhilarating at the same time. Despite tuning to meet Euro 5 regulations, the Dragster feels positively responsive and immediate even at low rpms. I could take corners in fourth gear and still have enough oomph to smoothly accelerate out of the turn with satisfying speed.

With the stock exhaust system, the Dragster is classy yet present when idle, but loud and imposing while being revved.

Shifting is quick and easy with MV Agusta’s up and down quickshifter. This tech makes it easier to ride the Smart Clutch System (SCS)-less model on the street. The clutch pull isn’t as heavy as on the Superveloce, a fact that my forearm thanked me for when wading through traffic. 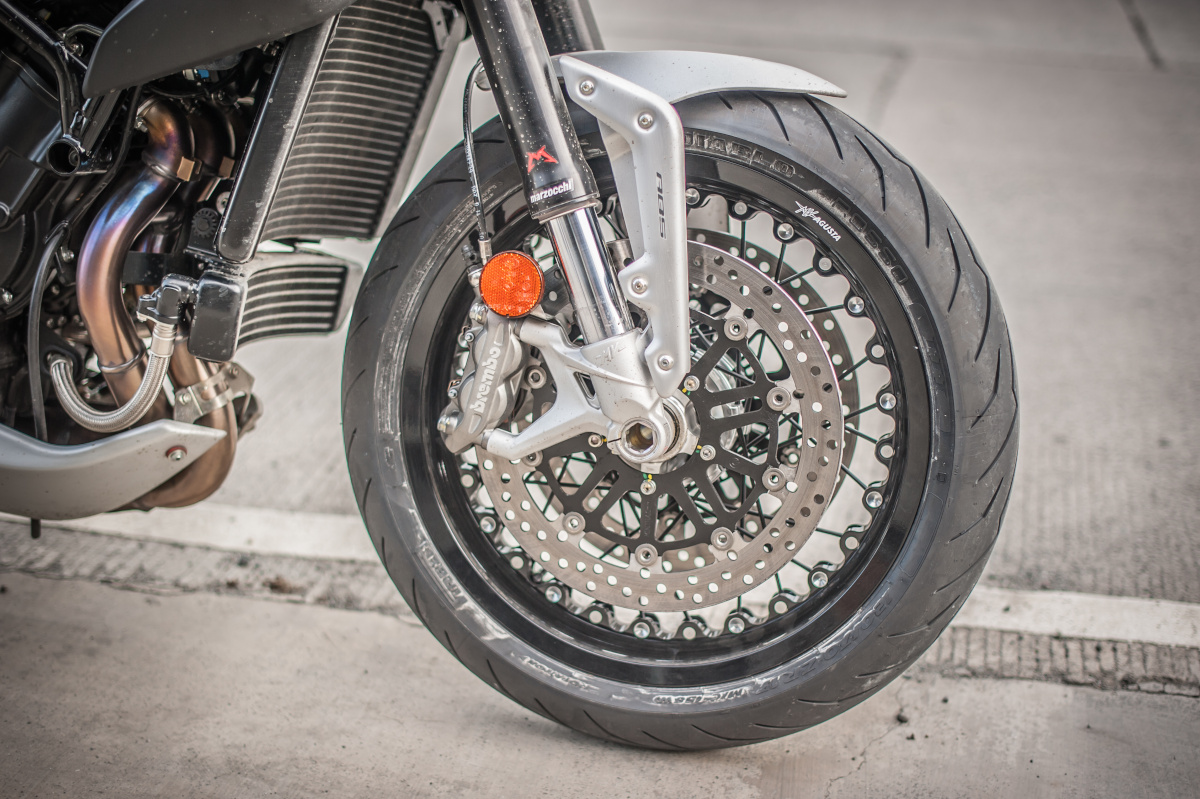 The well-balanced chassis and sporty geometry are a perfect match for the Dragster’s engine. Tight, twisty roads that would otherwise be a cause for concern became fun challenges, which allowed me to experience the bike’s sharp handling.

Canyon carving with the Dragster was such a blast, thanks to its top-end components. The Marzocchi inverted fork and Sachs progressive shock did an excellent job of keeping the bike agile and stable as I took consecutive turns, though large bumps and potholes reminded my backside of the suspension’s sporty intentions.

Pirelli Diablo Rosso III rubber on both ends provide lots of grip even on damp roads, and don’t lose traction while leaned over despite being nearly factory-new.

The Brembo brakes do more than enough to rein the bike’s power in. The calipers work with the Continental MK100 cornering ABS that come in handy on wet rides.

Mounted on top of the triple clamp is a CRC steering damper, which helps keep the bike stable and prevents ‘tank slappers’ when the front end lifts up off the ground. Although I have to admit, I don’t have enough experience with steering dampers to tell the difference between the soft and hard settings. 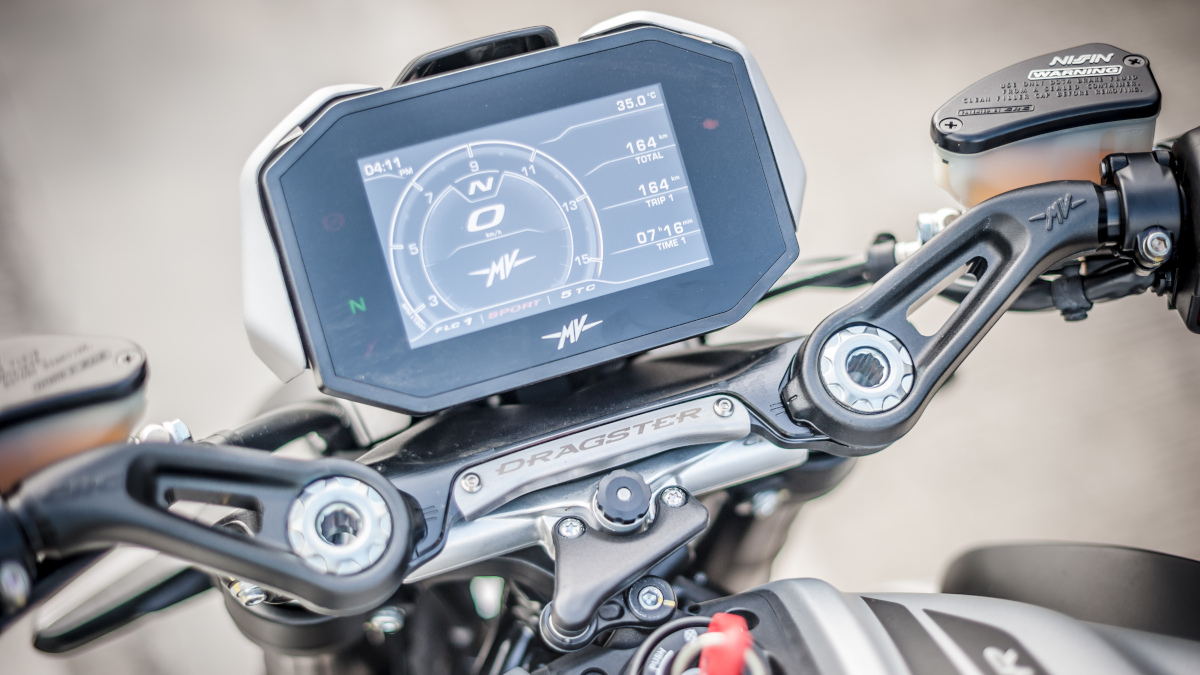 A pretty 5.5-inch TFT dash provides all the necessary info...save for a fuel gauge. Through this screen and the handlebar switchgear, the rider can cycle through various rider modes; activate cruise and launch control; and view telemetry data like lean angle and G-forces via the IMU, among other functions.

The LED headlight has cornering lights that come on when the bike is leaned over, which are useful during dark rides and around blind corners.

One of the current MV lineup’s standout is the MV Ride app, which lets you connect your smartphone to the bike to monitor its vitals, fiddle with various settings, and more. The app’s layout is easy to understand and aesthetically pleasing. 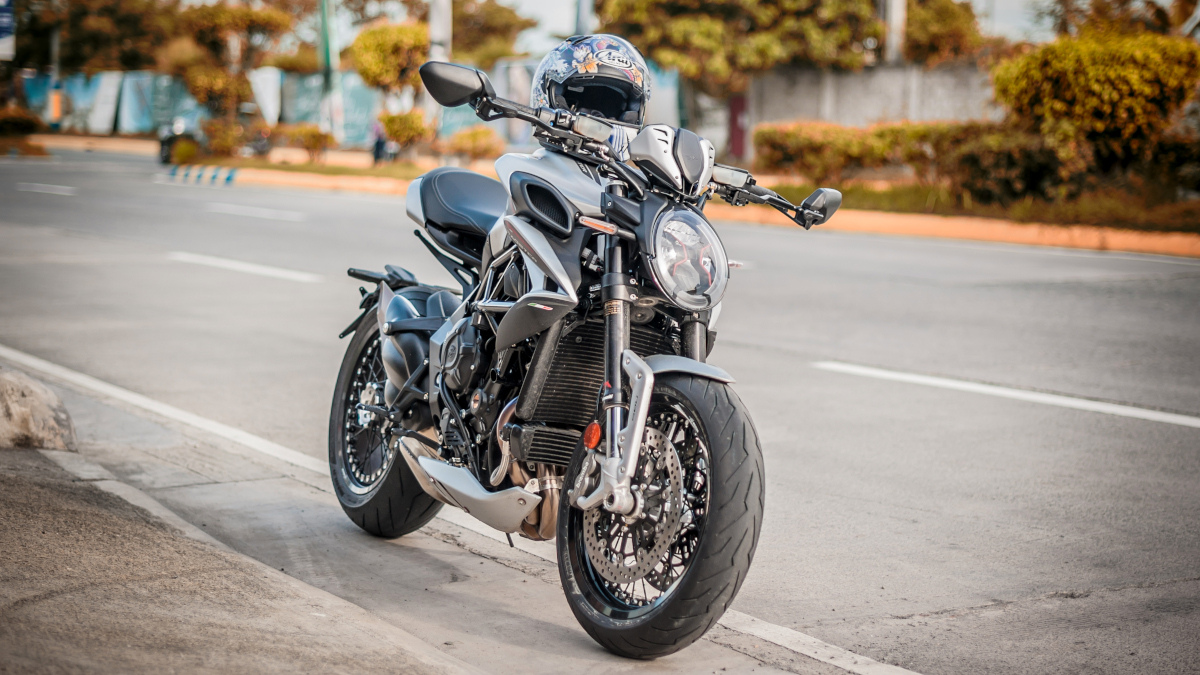 Compared to the Superveloce 800, the Dragster 800 RR is definitely easier to live with on a daily basis. The riding position is mostly upright, the clutch is manageable, and the engine can be coerced into being nice when commuting. Compared to other, more ‘reasonable’ bikes, however, the Dragster certainly takes a bit of dedication to ride in Metro Manila.

However, the little discomforts and thirsty engine are mostly negligible when the road opens up and you can maximize what the bike is capable of. Plus, with something this gorgeous, a bit of commitment is well worth it. 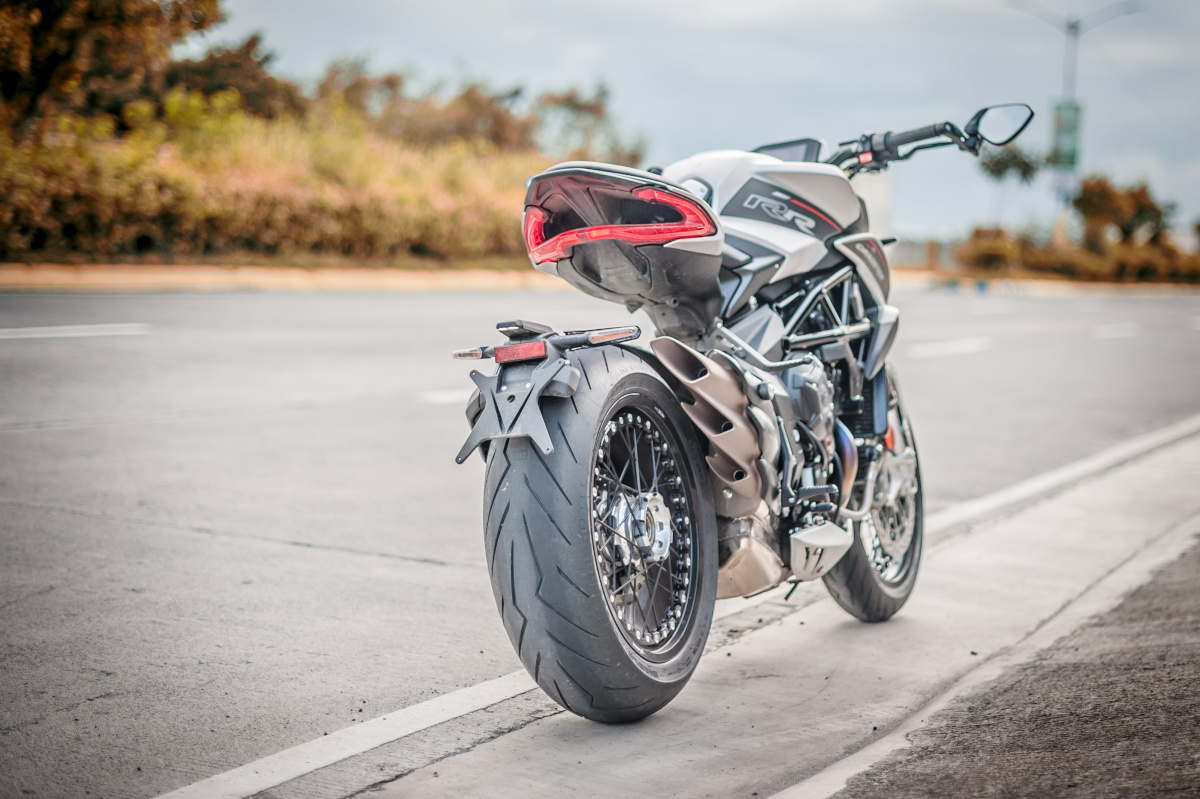 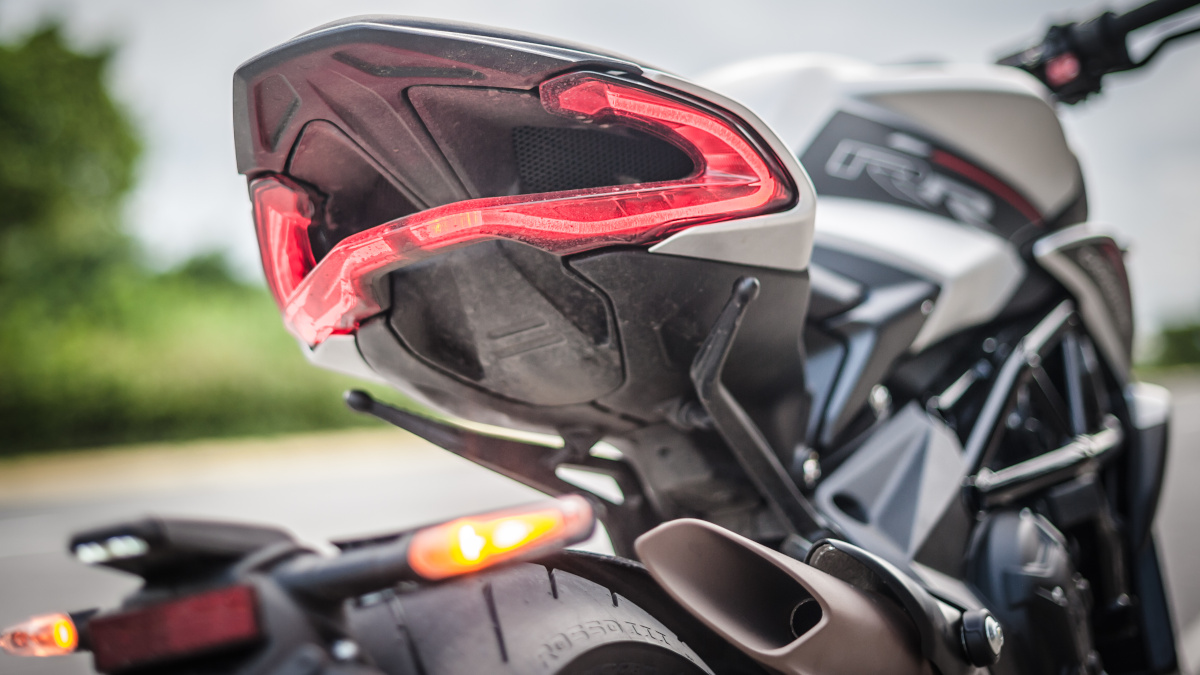 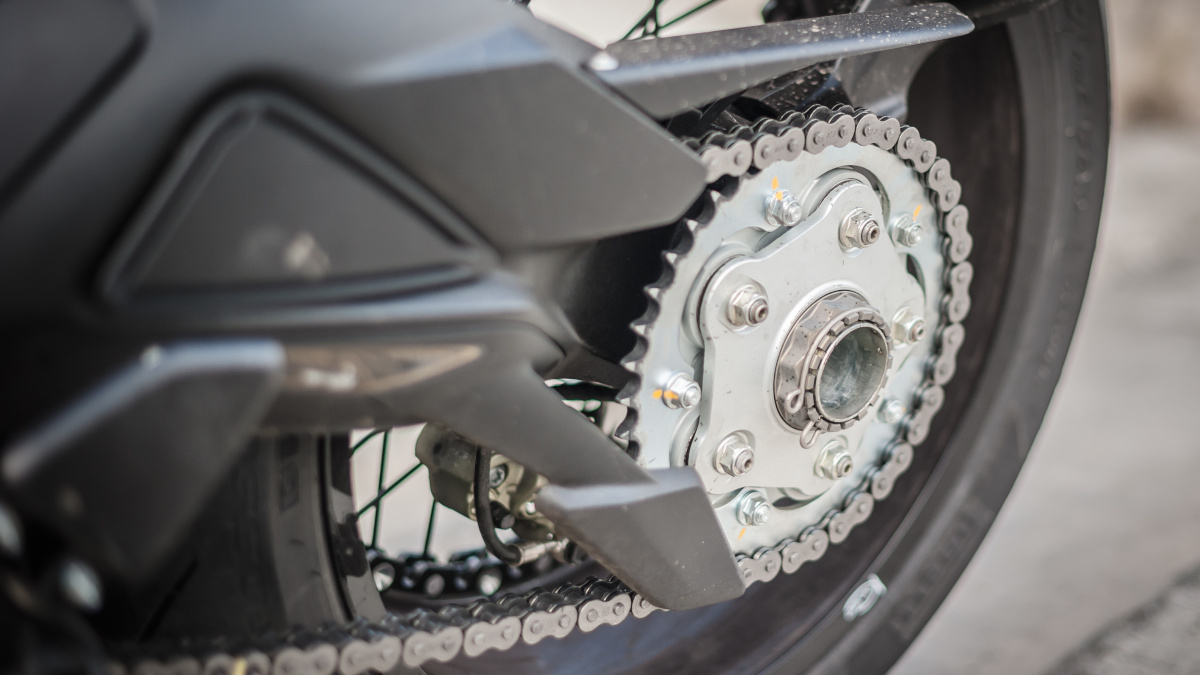 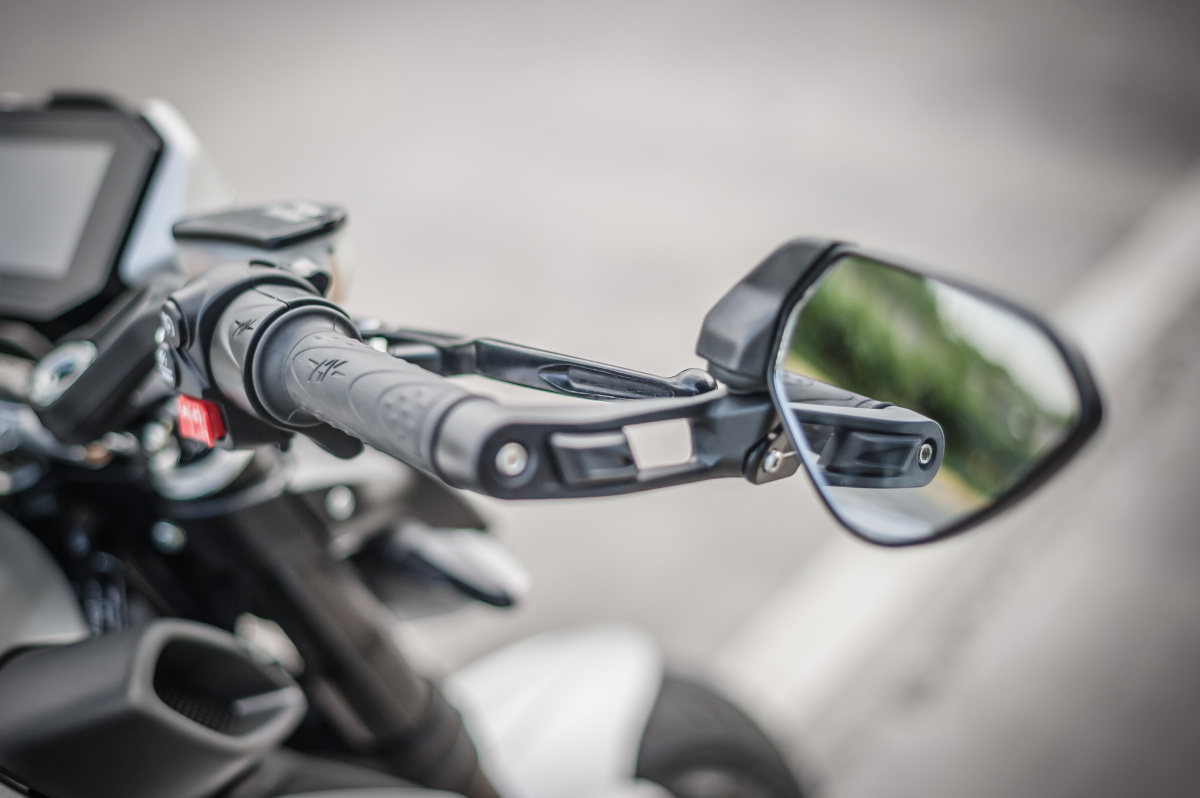 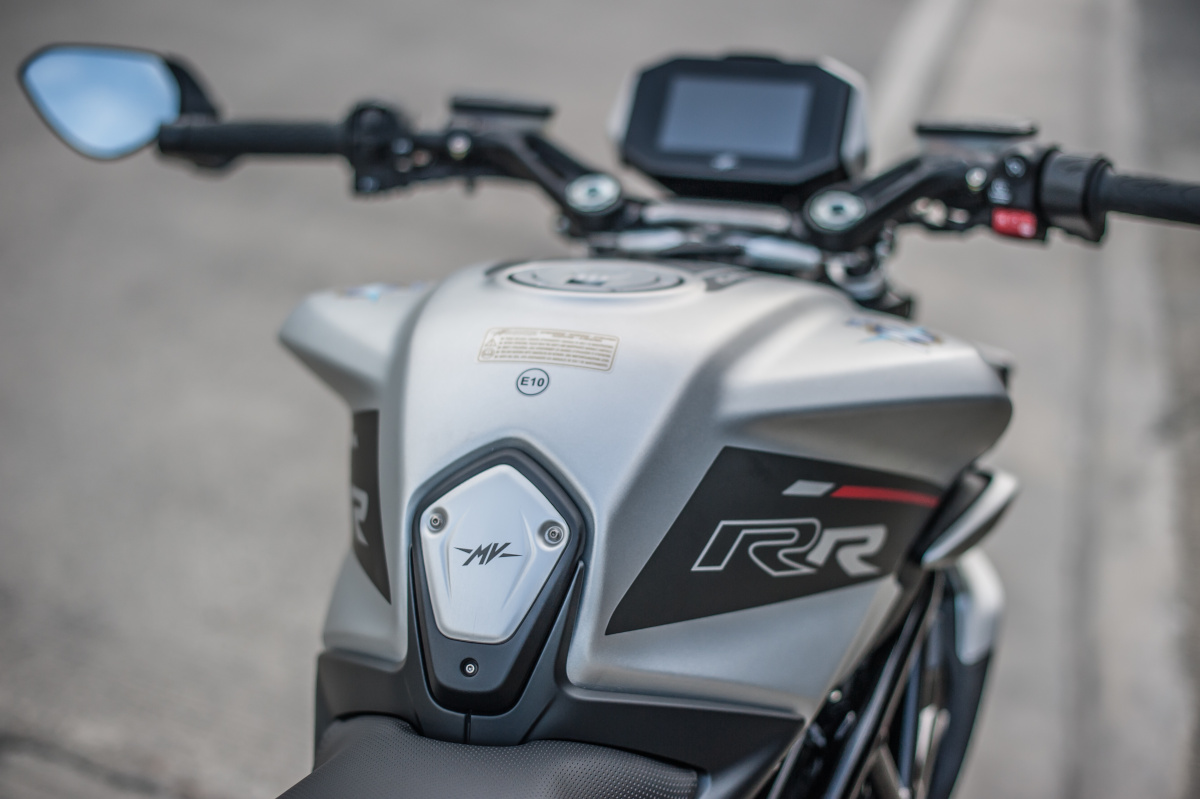 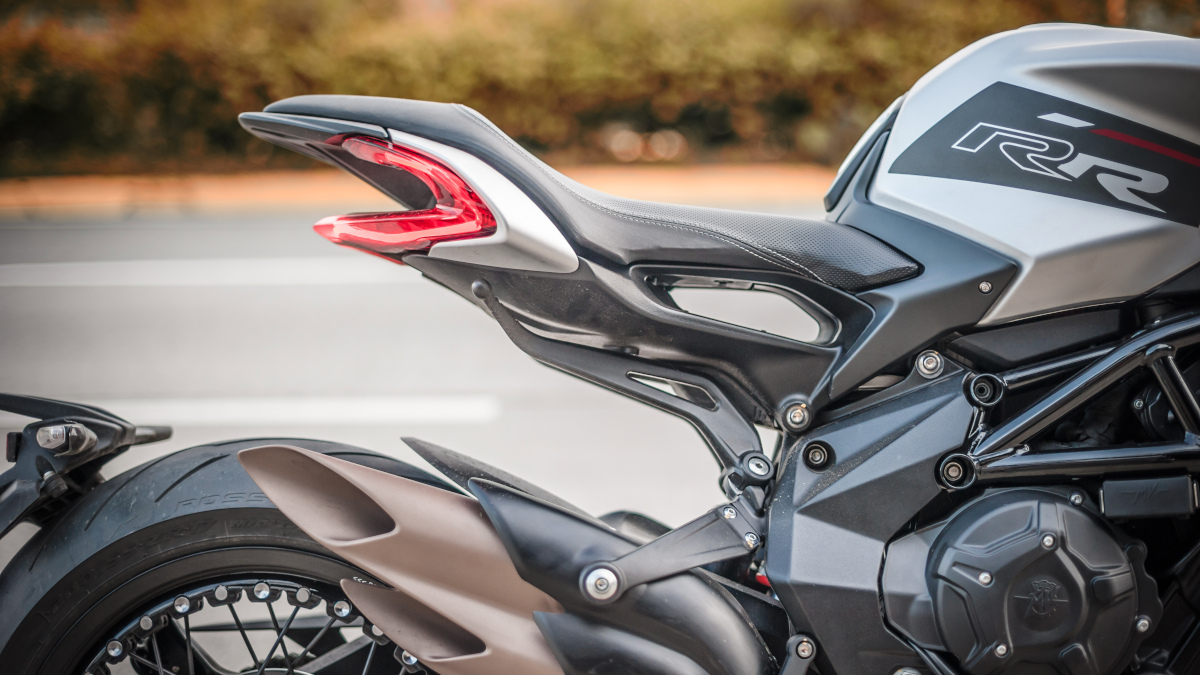 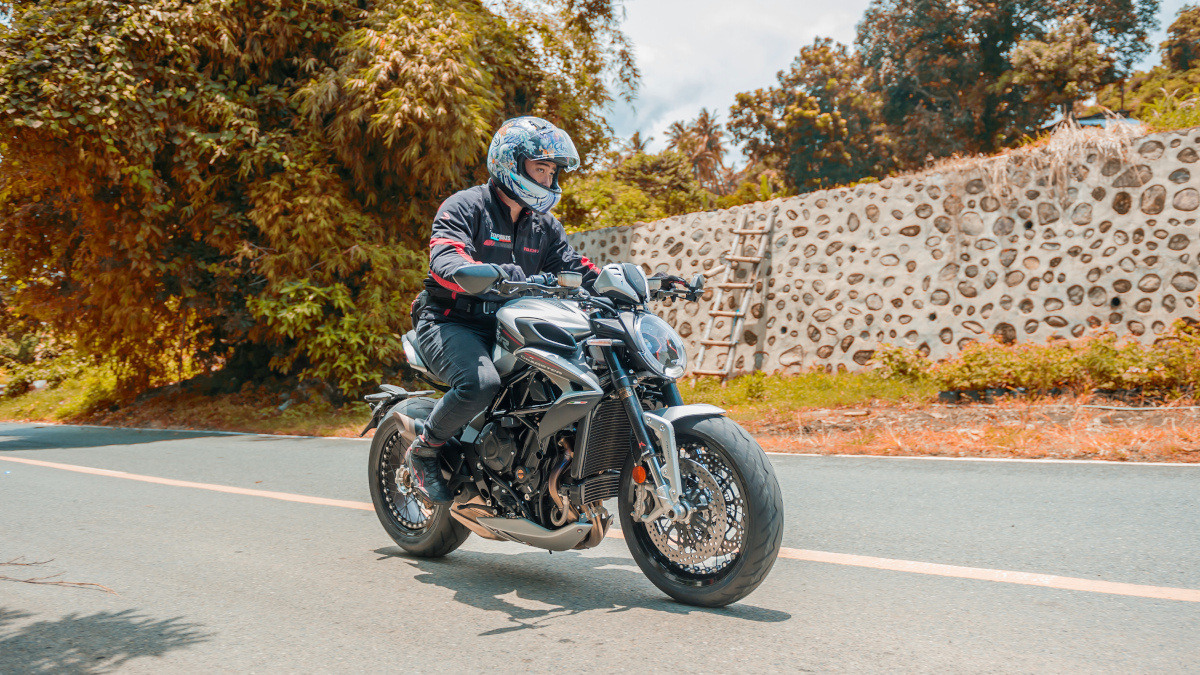 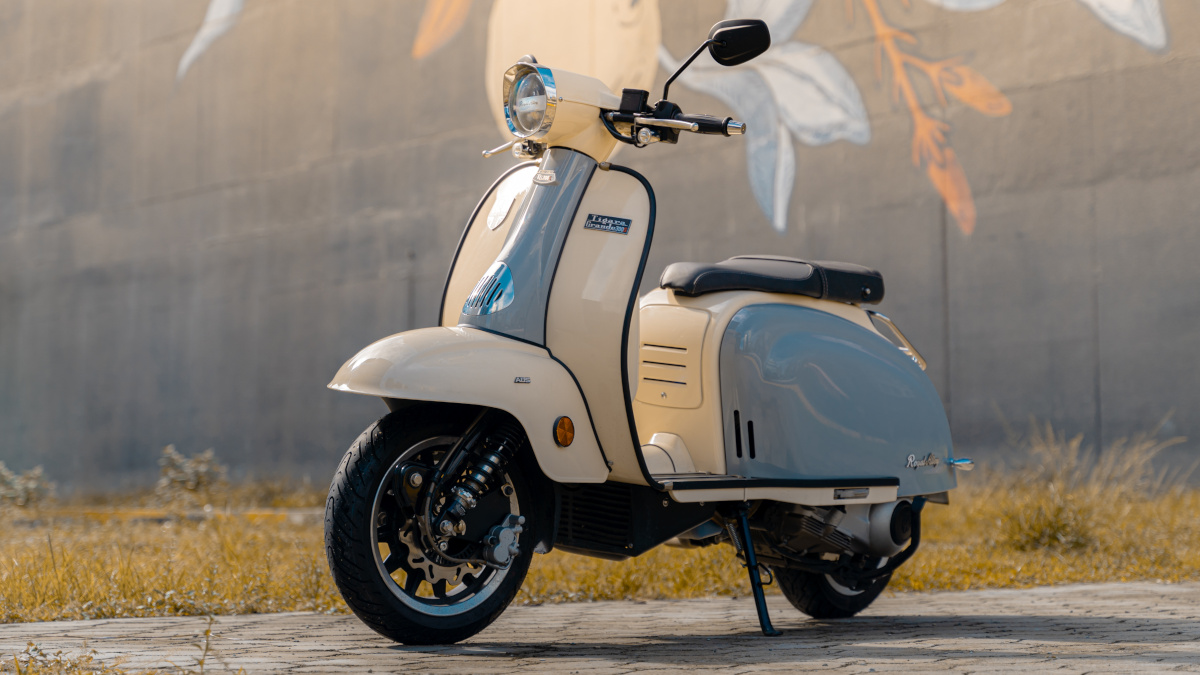