We take a look at the most basic Meteor
by Agnes Uzochika Aja Apr 27, 2021

Last week, we reviewed the fully decked-out version of the Royal Enfield Meteor 350, the Supernova. This time around, we’re taking a look at the most basic version of the Meteor styles, the Fireball. Priced at P232,000, it does away with several features, bringing the cost down to P20,000 less than the Supernova.

What’s the big difference? Read our review below and decide for yourself which version wins you over. 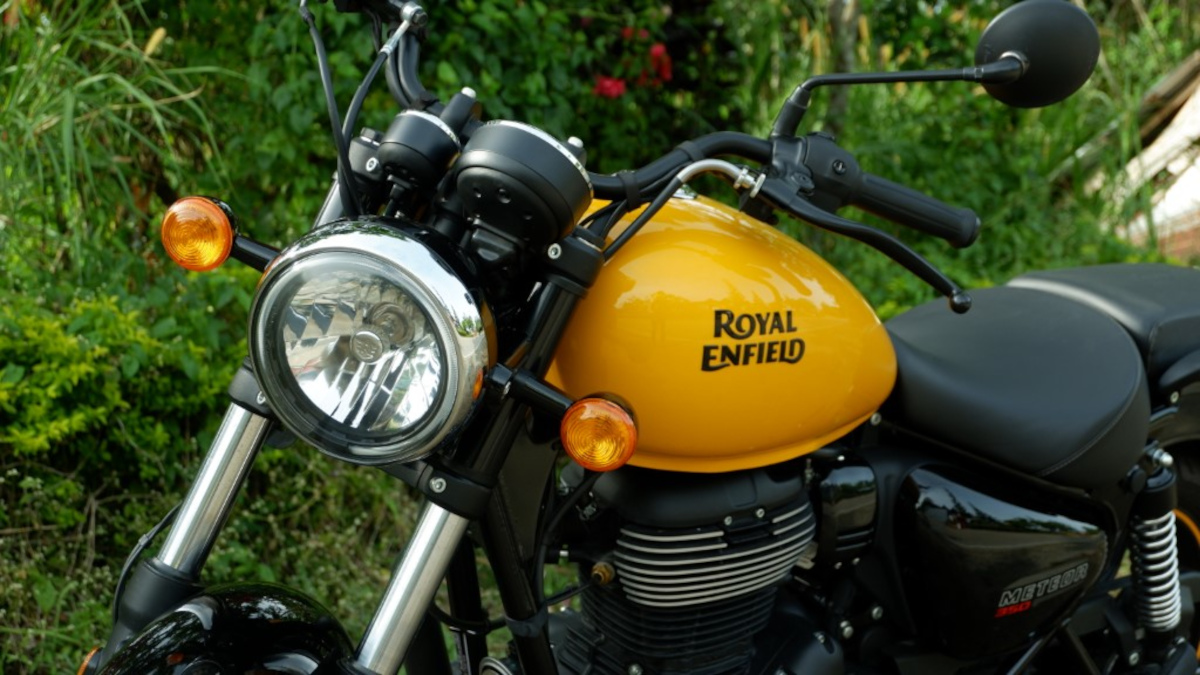 The Meteor 350 Fireball comes in two colors: red and yellow. They sound basic on paper, look good in pictures, and look even more impressive in person. We got to demo the yellow version, and the egg-yolk shade brings to mind a color vocabulary you’d expect from an Italian manufacturer.

As the most stripped-down Meteor, the Fireball is bare, but the quality is there in the high-gloss black of the tank and side covers, and the matte black of the engine, exhaust, and frame.

Unlike the Supernova, the Fireball has no windshield, chrome trim, dual-tone paint, or pillion backrest. It’s a textbook case of the standard cruiser—from the wide, low-slung seat and big wheels to the meaty grips, levers, pegs and foot controls. 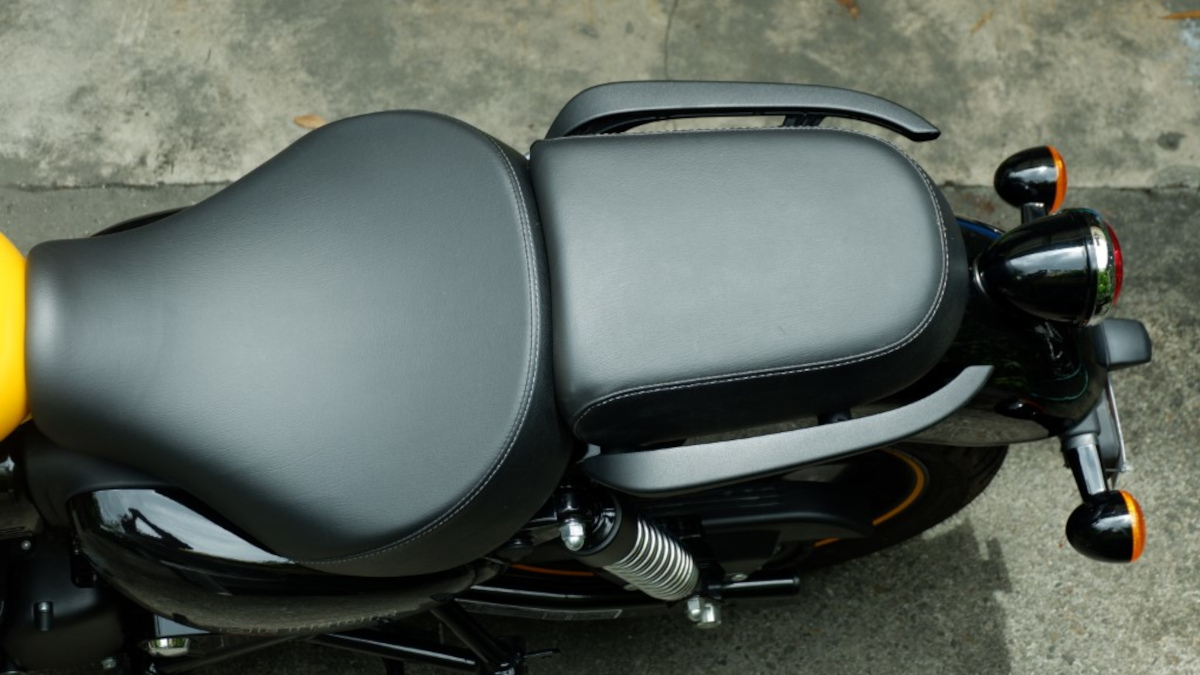 A cruiser isn’t a cruiser unless it’s comfortable. Good thing the Meteor 350 checks this box many times over. The saddle sits at a low 29.7 inches and is padded with a thick cushion that eliminates the dull lower back pain that creeps in after several hours of riding on a naked bike.

Sit on the Meteor and assume a state of unbotheredness. The forward-mounted pegs encourage you to lean back and relax. A nice pro of the pegs’ position for shorter riders is that you can put your foot straight down. 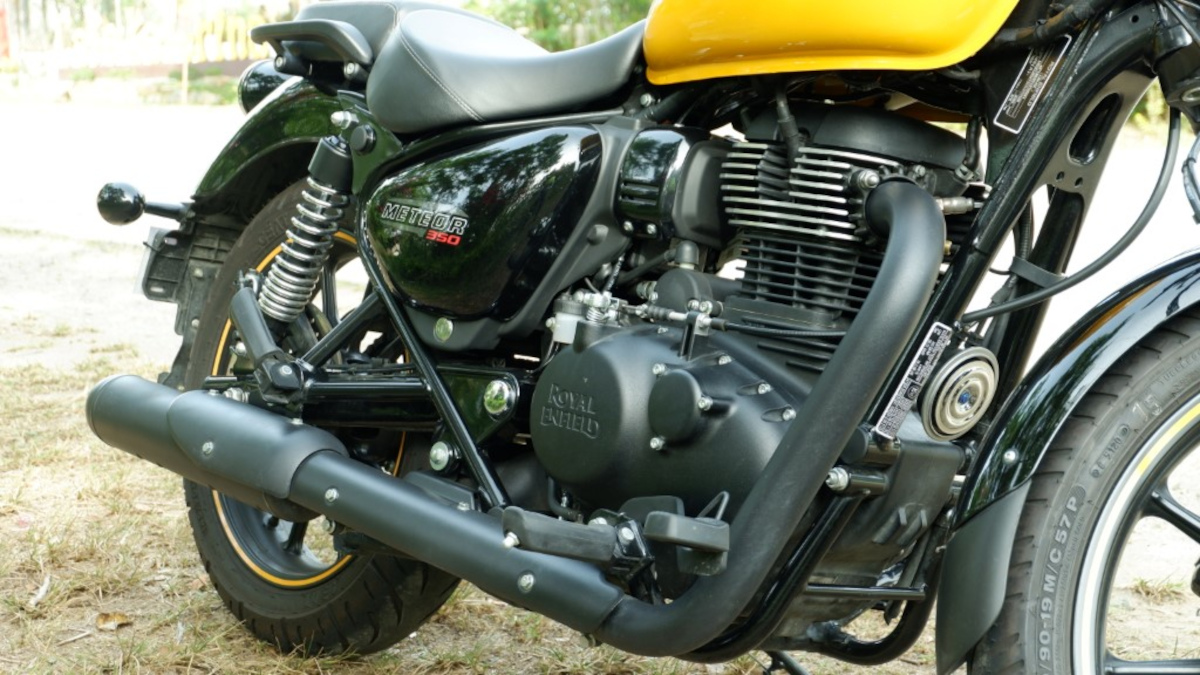 The resulting engine feel is smooth, making the throttle response feel more refined than spirited. It lacks the thrilling snap of sportier bikes, but it’s exactly the characteristic you want when cruising. The transmission easily cycles through the gears, and the heel-toe shifting—which takes some getting used to—gives satisfying feedback.

Loud pipes aren’t my thing, but I can appreciate the rolling thunder that gurgles out of the Meteor’s exhaust. It’s not loud enough for true sound enthusiasts, but Royal Enfield has a selection of exhaust upgrades to sort that out, so swap if you want. 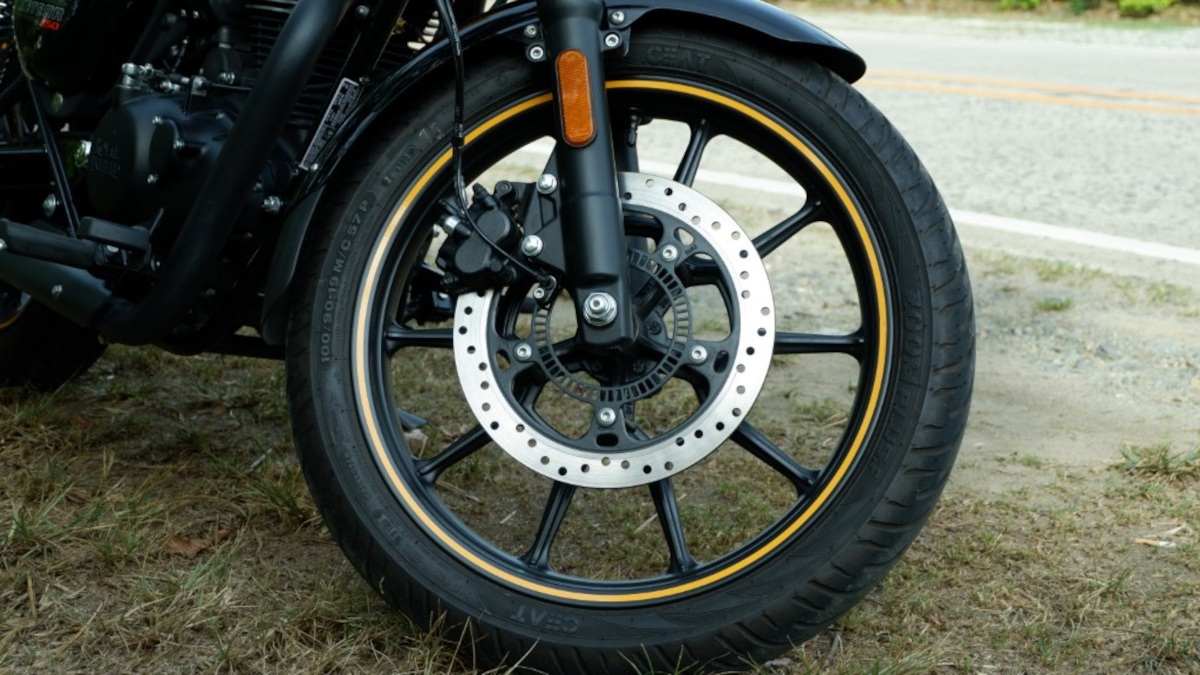 Royal Enfield’s tagline for this bike is ‘Cruise Easy,’ and it fits. The controls are easy to reach and operate. A twin-piston clamps on a 300mm front disc and pairs to a single-piston rear brake for confident stopping power with the added security of dual-channel ABS.

The tubeless CEAT tires—mounted on a 19-inch front and a 17-inch rear wheel—have a mellow profile that gently falls into turns, giving the bike smooth and predictable cornering. It’s not the quickest bike off the line, but it has enough pull to get you out of a tight spot without losing your cool. The 15-liter tank is also worth highlighting for the fact that it lets you set a destination and take off.

Tipping the scales at 191kg, the Meteor is light in the cruiser world. However, its heft and low center of gravity plant the bike so well that you don’t realize you’re going fast until you look at the panel. The bike’s low setup only shows its disadvantage once off the saddle. Shorter and light riders will probably need a buddy to get the bike on its center stand, since they’re more likely to lack the arm and leg length to lever the bike up. 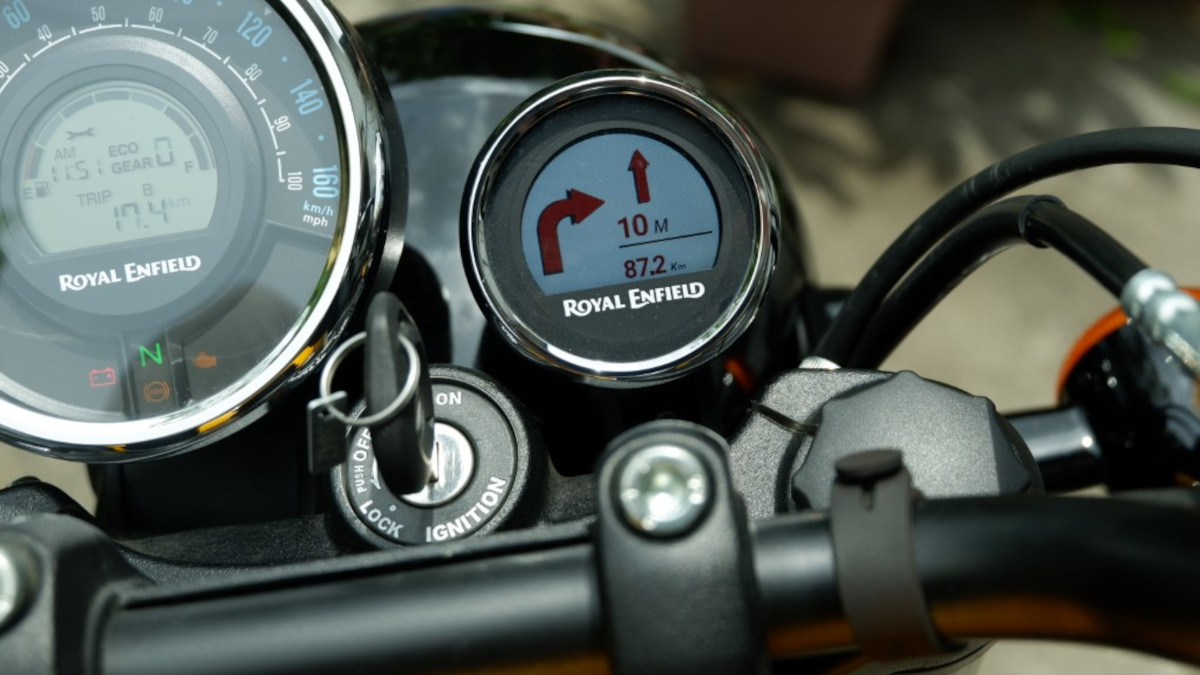 Even though the Meteor Fireball is bare-bones, we can’t get over the convenience of the Tripper pod’s turn-by-turn navigation. You can say goodbye to phone mounts with this extra feature.

Download the Royal Enfield APAC app and pair your phone to the bike to get Google Maps directions on the small TFT pod beside the instrument panel and in your headset. The navigation stays fairly reliable as long as you have mobile data. Spotty reception turns the TFT pod into a spinning compass, but the audio directions will get you through those dead spots.

An online extra that Royal Enfield snuck into the Meteor release (and which the US retailer Revzilla promptly announced) is this YouTube library of maintenance tutorials. Royal Enfield prides itself in churning out easy-to-maintain bikes, and it looks like the Meteor 350 is no exception. 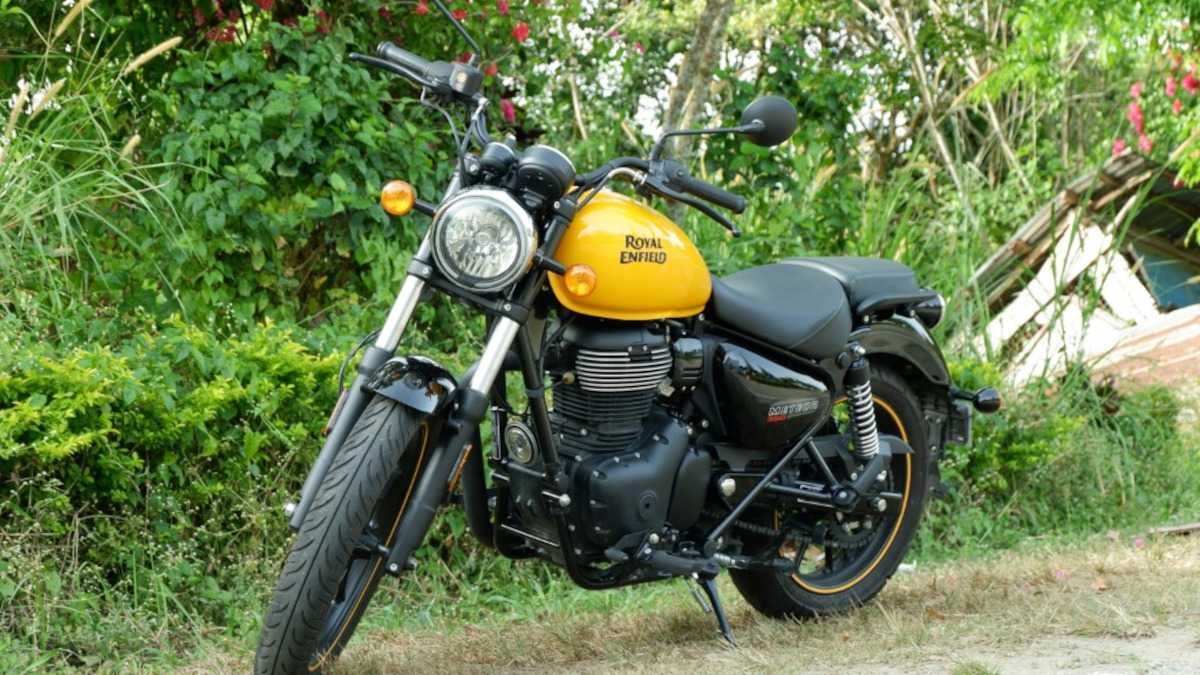 The Meteor Fireball is a solid choice for any rider who wants a simple, timeless, and forgiving ride. It’s a gentle bike that encourages you to set hurry aside and adopt an easy-riding ethos. It’s not an impressive performer, but there are several creature features (dual-channel ABS, built-in navigation, build quality) that redeem it.

It’s comfortable, looks good, and gets you where you want to be. Sometimes that’s just what the doctor ordered. 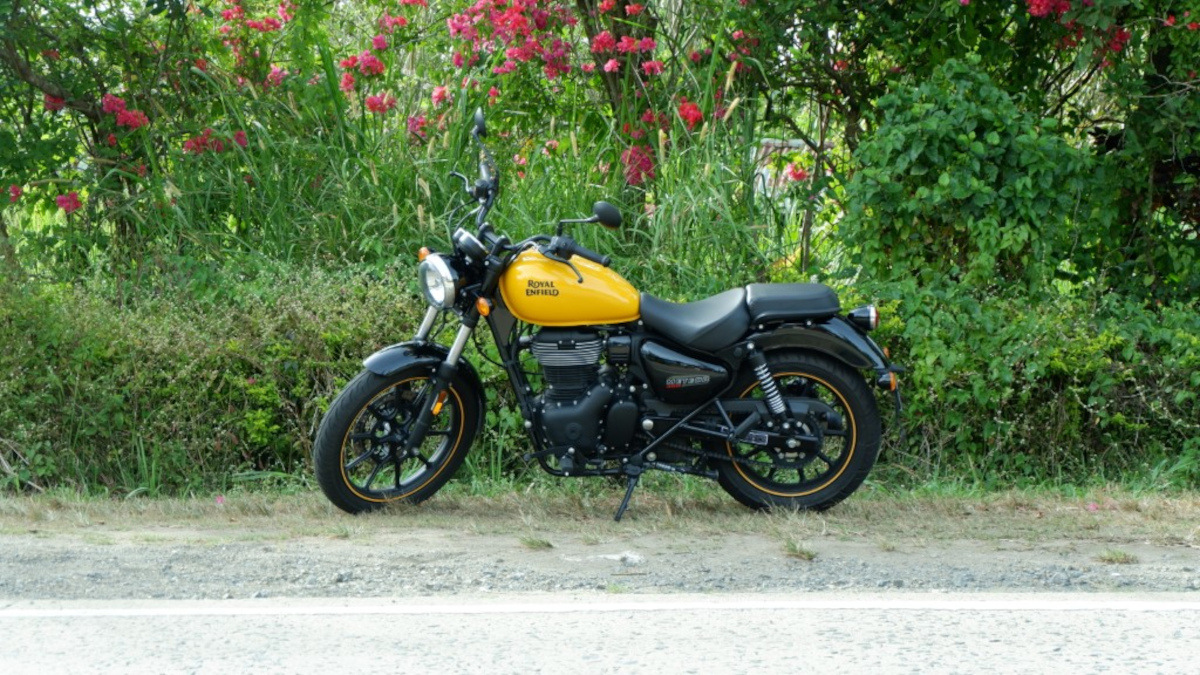 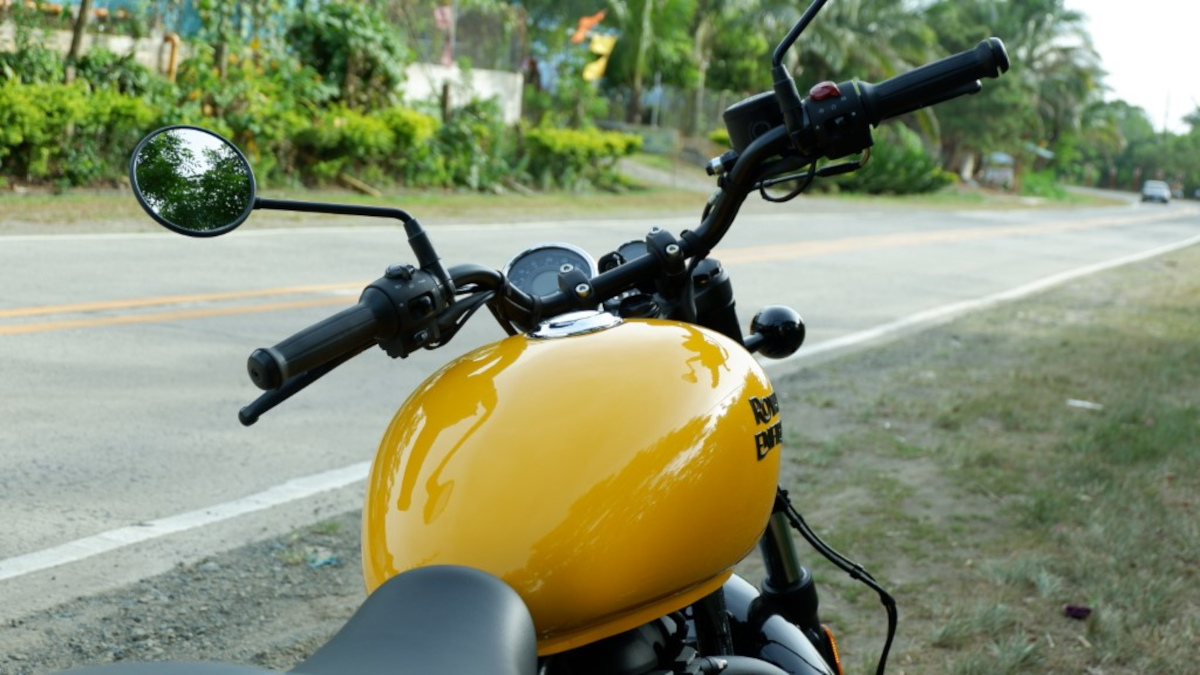 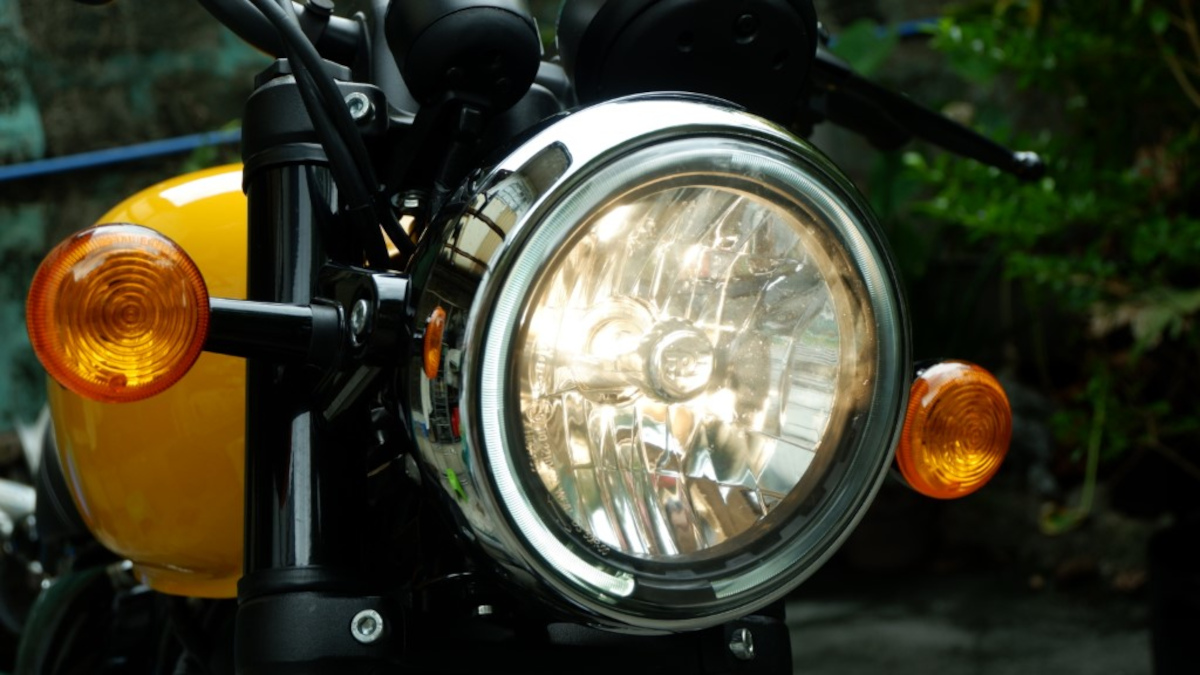 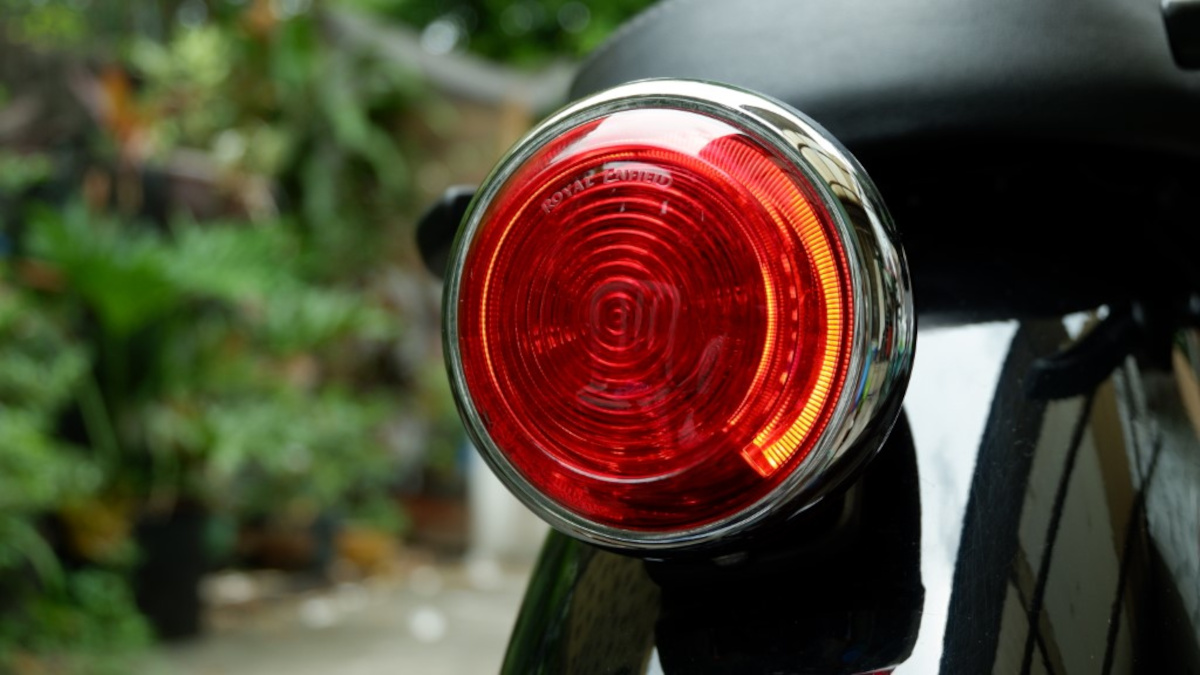 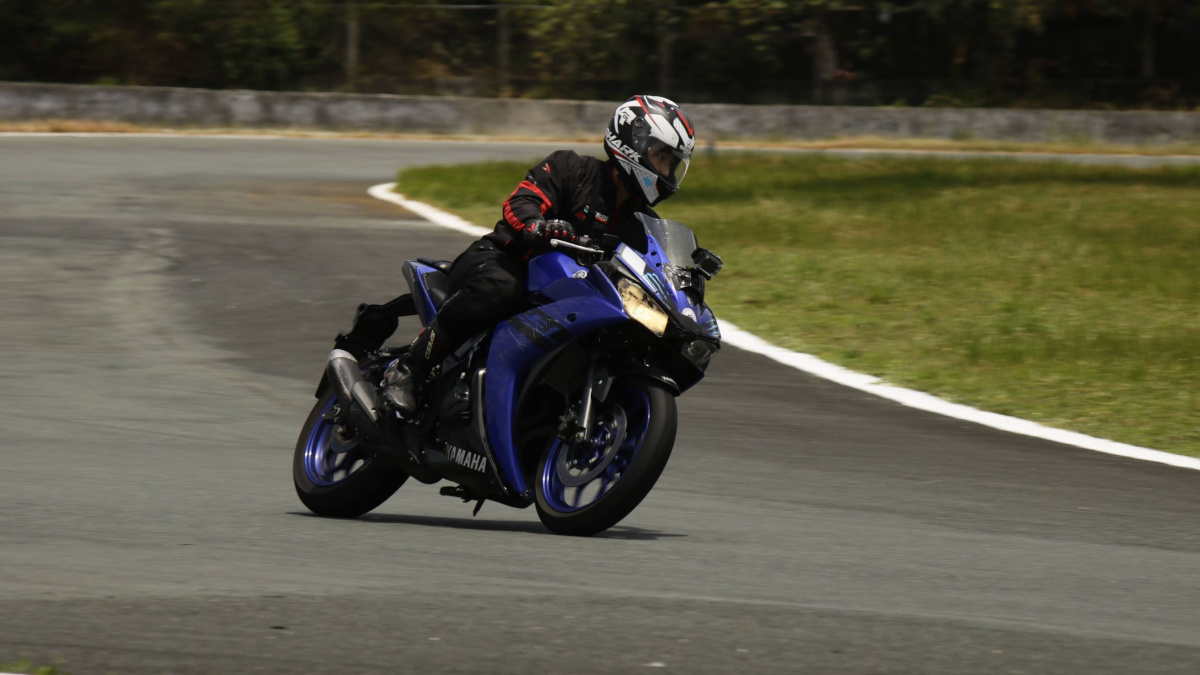