Is this scooter just hype, or for real?
by Agnes Uzochika Aja Jun 5, 2021
MOTORCYCLE BRANDS IN THIS ARTICLE

The Yamaha Aerox S is the highest tier of the Mio scooter line and a premium piece of small-displacement engineering. When we took it for a quick spin back in March, the Japanese manufacturer shared why the new Aerox is better in performance, style, and connectivity.

Armed with a boatload of tech features, the Mio Aerox S sends a message: You don’t need big bike money for premium features. While P132,900 is nothing to sneeze at, the price tag makes the Mio Aerox S an affordable option in the premium scooter market.

Is the price worth it? Read our review and decide. 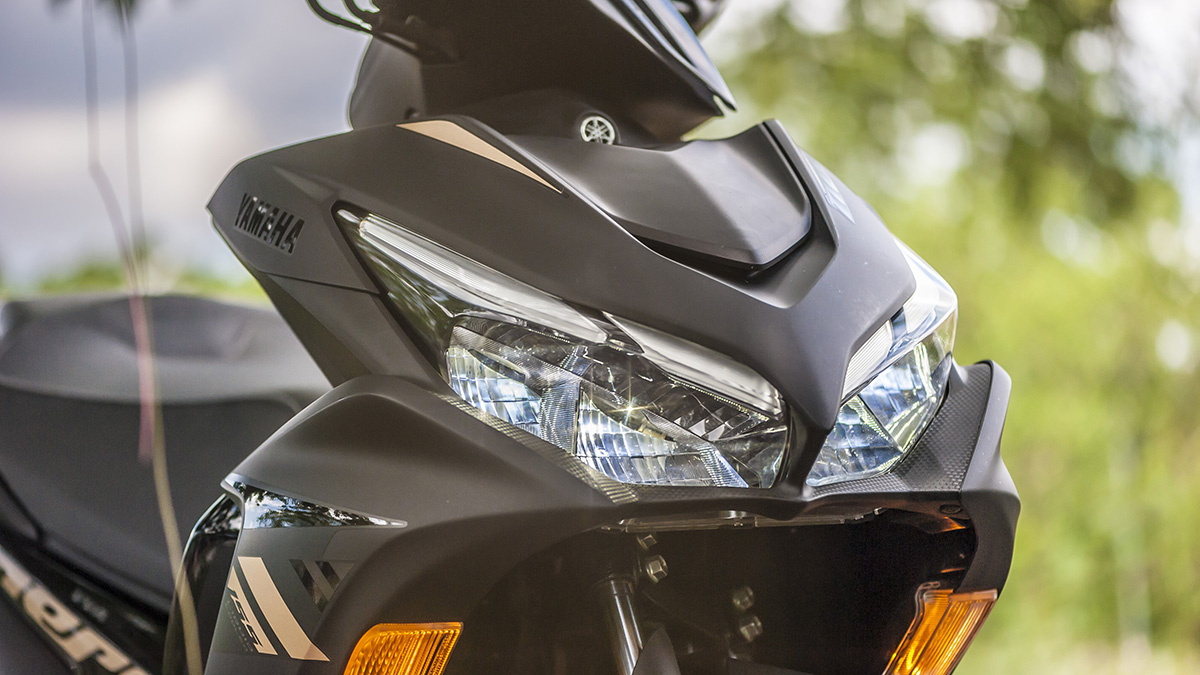 It’s still a scooter, but the Yamaha Mio Aerox S flaunts its sportbike style. The front headlight and fairings have an aero cut that looks razor-sharp. As is the custom on sportbikes, the hulking front tapers to a slim and trim rear, giving the impression that this scooter can glide through air as easily as raindrops go down a window.

The wide tubeless tires and blacked-out rims complete the illusion. The Aerox S comes in only one color—the matte and stealthy Black Raven. An alternative option in Race Blue would have been nice for riders who want an even closer link to Yamaha’s racing line. 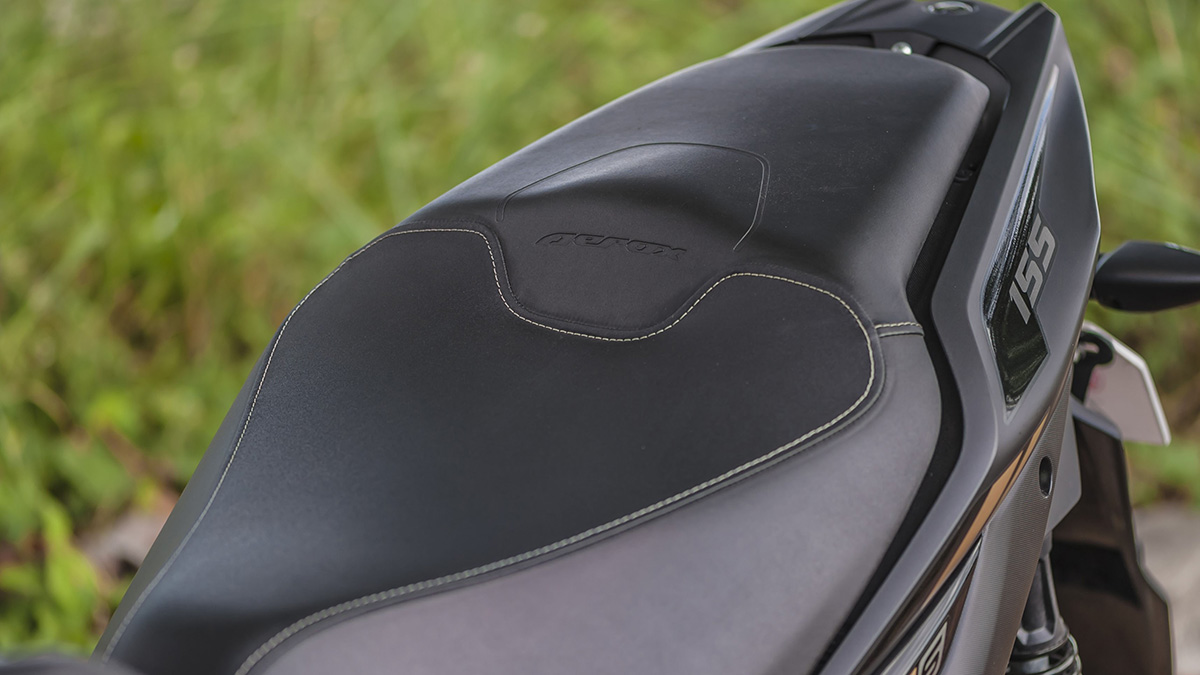 Since the Aerox S is cut from the cloth of sportbikes, I was preparing myself for a stiff ride. And while the 31-inch seat looks slim, thin, and streamlined, the scooter surprised me with a wide and cushioned saddle that should be comfortable for most riders.

Even though discomfort eventually factored in, it took around four hours of riding for me to feel it, and it consequently made me think that the Aerox S would make a small but capable sport touring scooter. 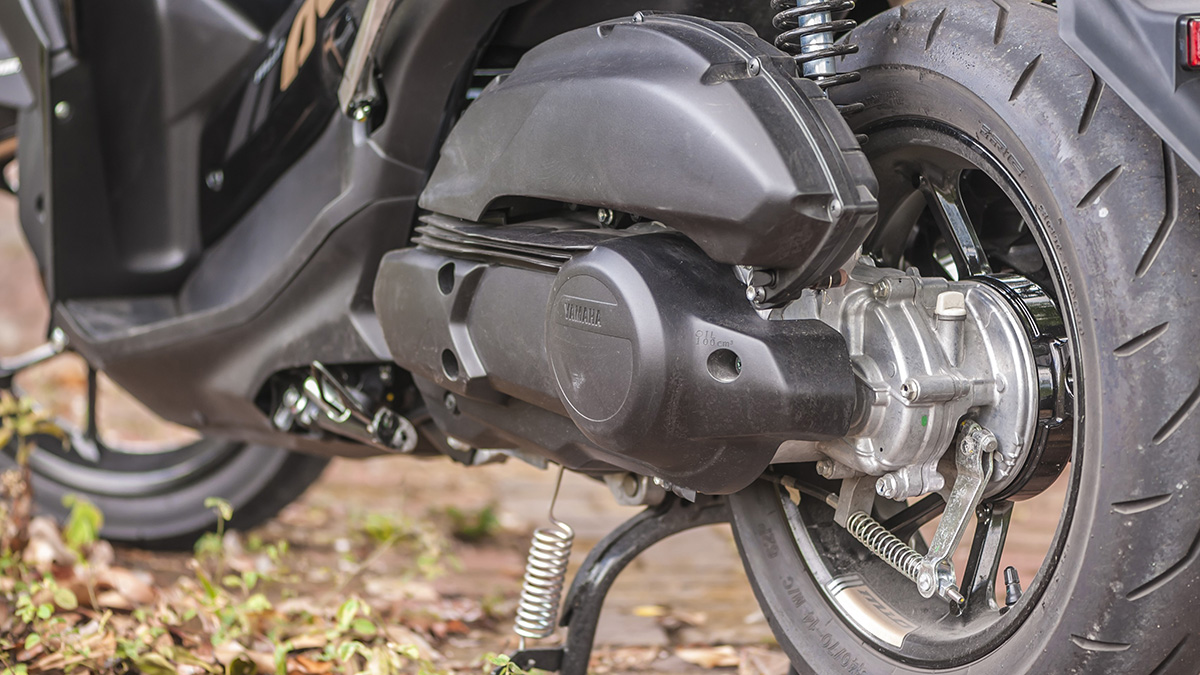 Yamaha put a lot of work into refining the Aerox engine. The 155cc SOHC fuel-injected, four-stroke. single-cylinder mill pumps out 15.4hp at 8,000rpm and 13.9Nm of torque at 6,500rpm. Single-cylinders, especially in small-displacement, are notorious for feeling too vibey.

On the Aerox S, engine vibration barely registered, and the clear views that the side mirrors constantly reflected back to me are proof that Yamaha paid close attention to rider comfort.

Up and running, the scooter’s engine behaves like a star student. Its power delivery is smooth and linear, and it accelerates sprightly from a stop and at low speeds. Engine power tapers off briefly above 60 kph, but once the VVA (variable valve actuation) tech kicks in, you’ll feel a welcome bump in engine power.

For the most part, the engine runs like a dream. The only hiccup I noticed was on ascending roads. It sometimes felt like the Aerox was coaxing itself up to speed, but since our test unit was relatively new, it might just mean that the engine needed more time to break in. 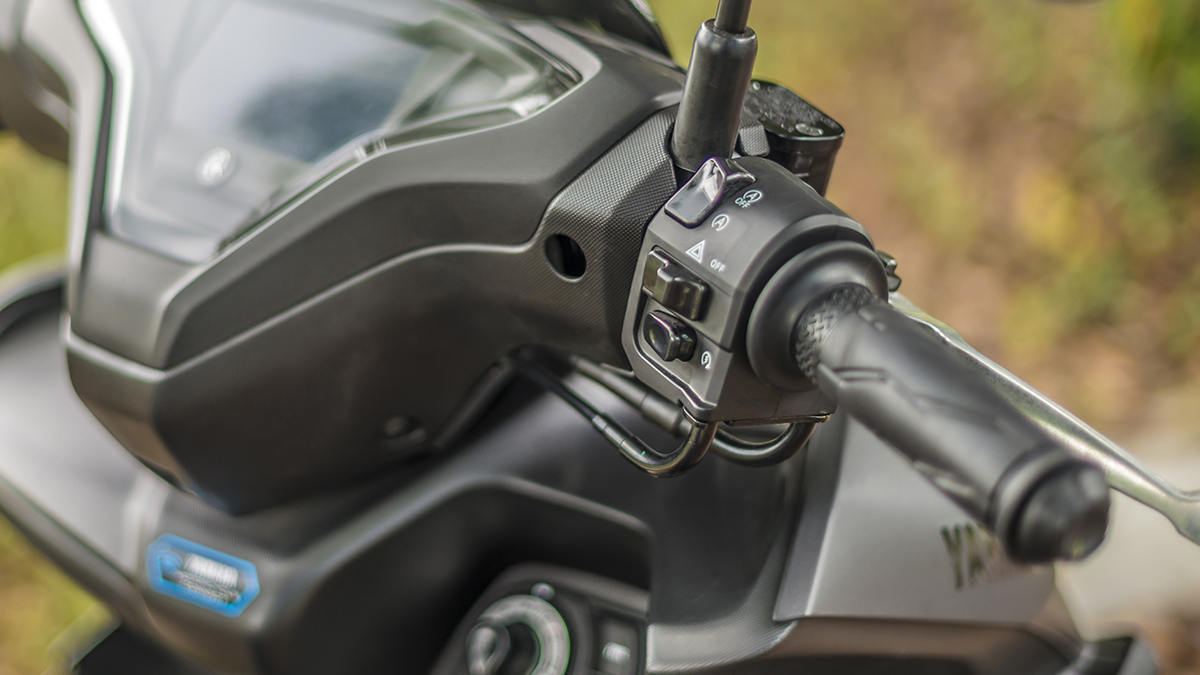 The Aerox S is still as light and maneuverable as it ever was. It looks beefy parked on the side of the road, but on the go, it’s nimble and deliciously flickable. While its curb weight of 124kg contributes to that, most of the praise goes to the position of the fuel tank and the engine. Both pull the scooter’s center of gravity down low and make it feel planted whether you’re cruising a straight line or clipping corners.

The backroads winding down Antipolo and leading up to Lake Caliraya were a pleasure to coast through on the Aerox’s sporty suspension. The front and rear remained firm and stable throughout, and gave the bike scalpel-like precision when cornering—especially with the abundance of grip coming from the IRC SCT-005F tires.

The flip side of going is stopping, and the scoot performs admirably. The hydraulic brake levers have a satisfying grab and a high degree of sensitivity that lets you feel out the 230mm front disc and rear drum brake.

While Yamaha is sticking to old technology on the rear with that drum brake, the front disc’s single-channel ABS is more in line with what the manufacturer is trying to offer. It’s sophisticated, subtle, and powerful. Even when you hammer on the brakes, there’s hardly any feedback from the ABS. Just results. On braking tests, it was easy to scrub 20 to 30kph in a matter of seconds. 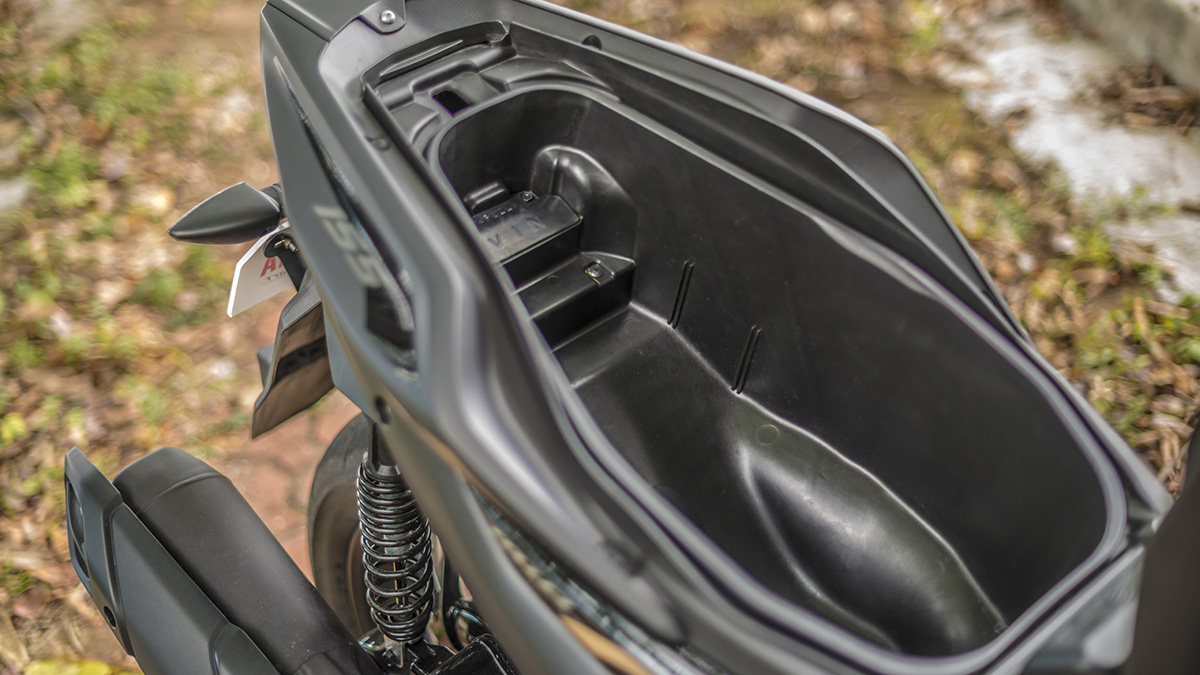 The tech built into the Aerox S puts it in a rare circle. Most of the other manufacturers duking it out in the same segment will have to play catch up for a few more years.
Smartphone connectivity via the Y-Connect app is the main upgrade from the previous version.

It lets you, the rider, peer even closer into engine performance and keep track of all the messages and calls coming in during your ride. The scooter’s feature-rich digital panel—which shines brighter in direct sunlight (nice!)—adds a Bluetooth menu and phone battery and notification icons to the wealth of information on the dash.

Apart from the connectivity boost, the most valuable features in the Aerox S (particularly for daily commuters) are the keyless ignition and the Stop & Start II system. The convenience of keyless starting is evident right away.

Once I was geared up to ride, a push of the power button unlocked the scooter. After that, I only needed to turn the dial left or right to pop the seat up, expose the tank cap, lock the steering, or start the engine. The key was safely tucked away in my pocket.

The Stop & Start II system is a gift to commuters who know the value of fuel efficiency. It’s hard to rely on a bike if it guzzles gas in a gridlock. With this tech (which was lacking in the previous version), the FI engine conserves even more fuel (and also prevents itself from overheating). Switch Stop & Start on, and sensors signal the engine to turn off once the scooter idles for too long. 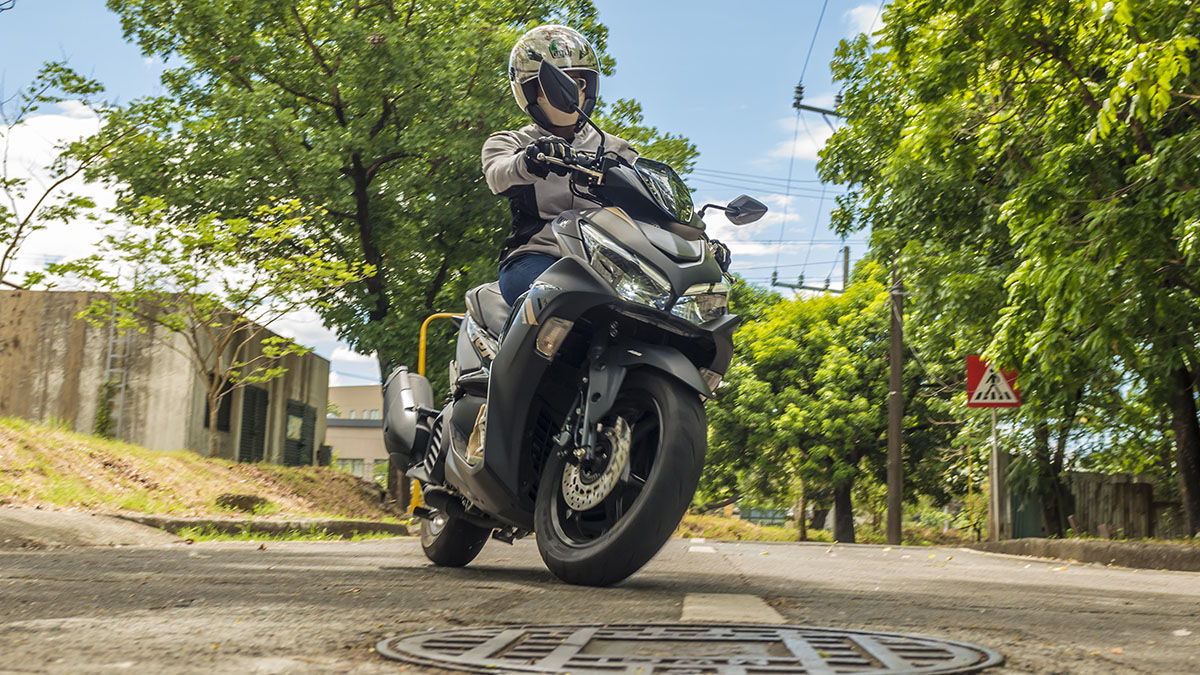 After riding the Mio Aerox S for over a week and a few hundred kilometers, I can see it as a reliable daily commuter that moonlights as a capable weekend tourer. Yamaha designed each part of this scooter with the goal of making it safe and simple to ride.

It’s almost too safe. It has plenty of built-in mechanisms that keep you from making careless mistakes, and it’s also a prime specimen of Yamaha’s bike tech. With ABS, Y-Connect, a keyless ignition, and two engine technologies delivering performance and fuel economy, the Mio Aerox S aims to please and spoil. 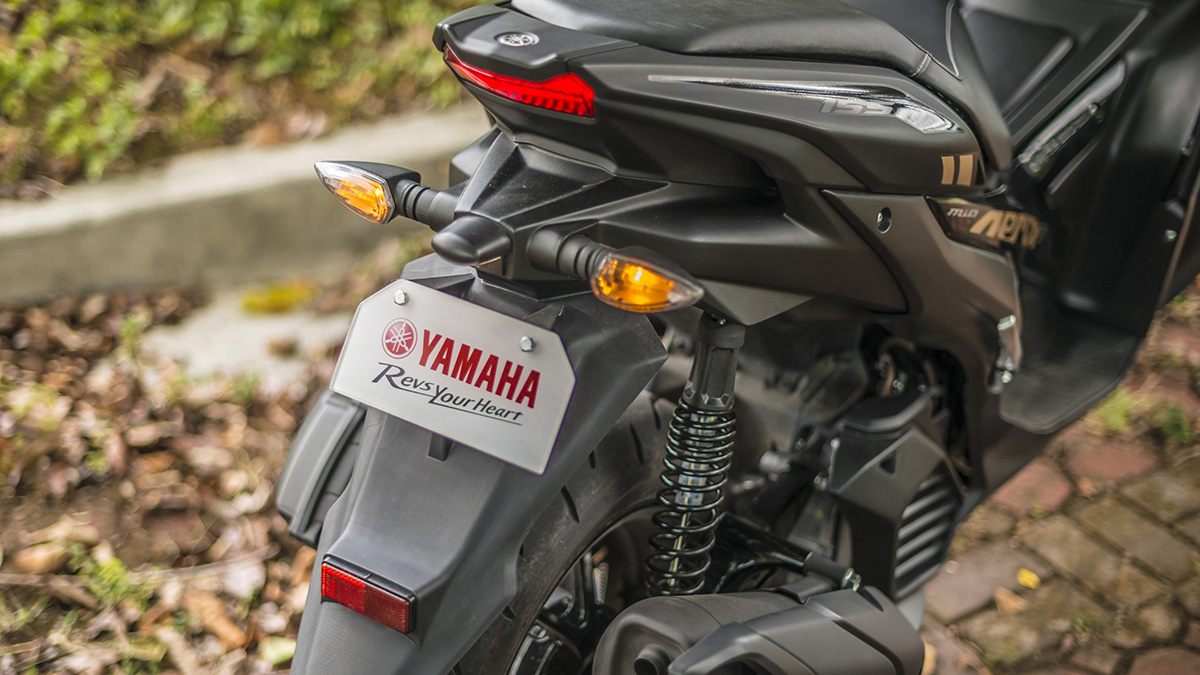 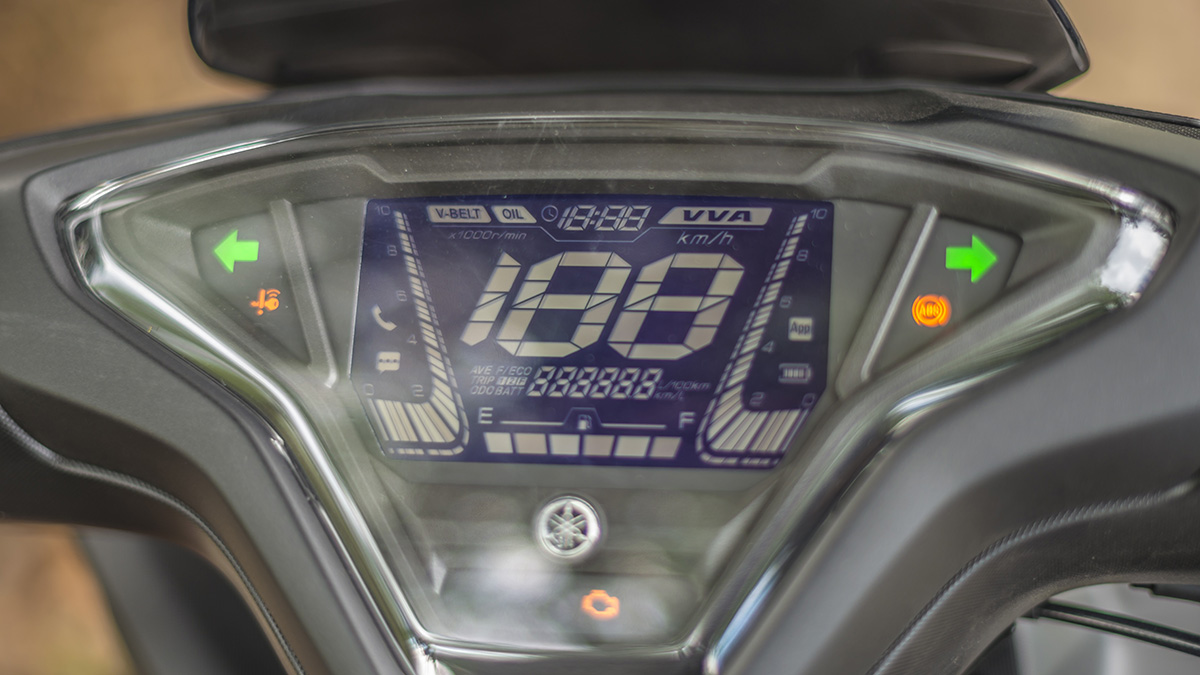 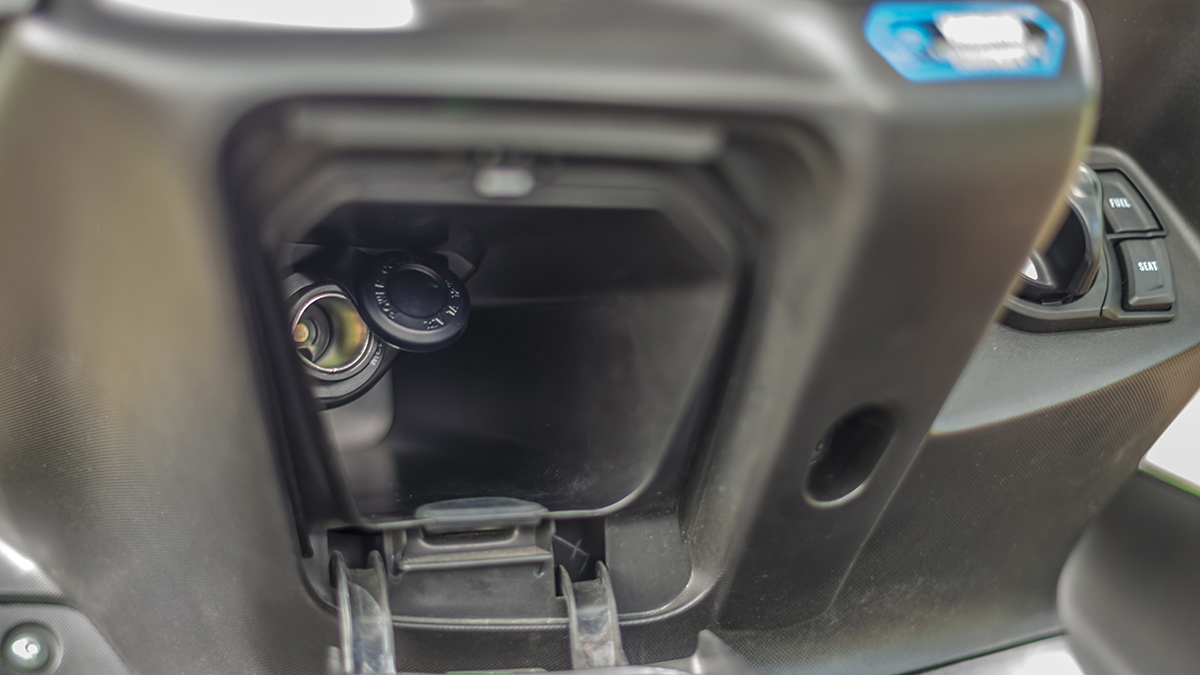 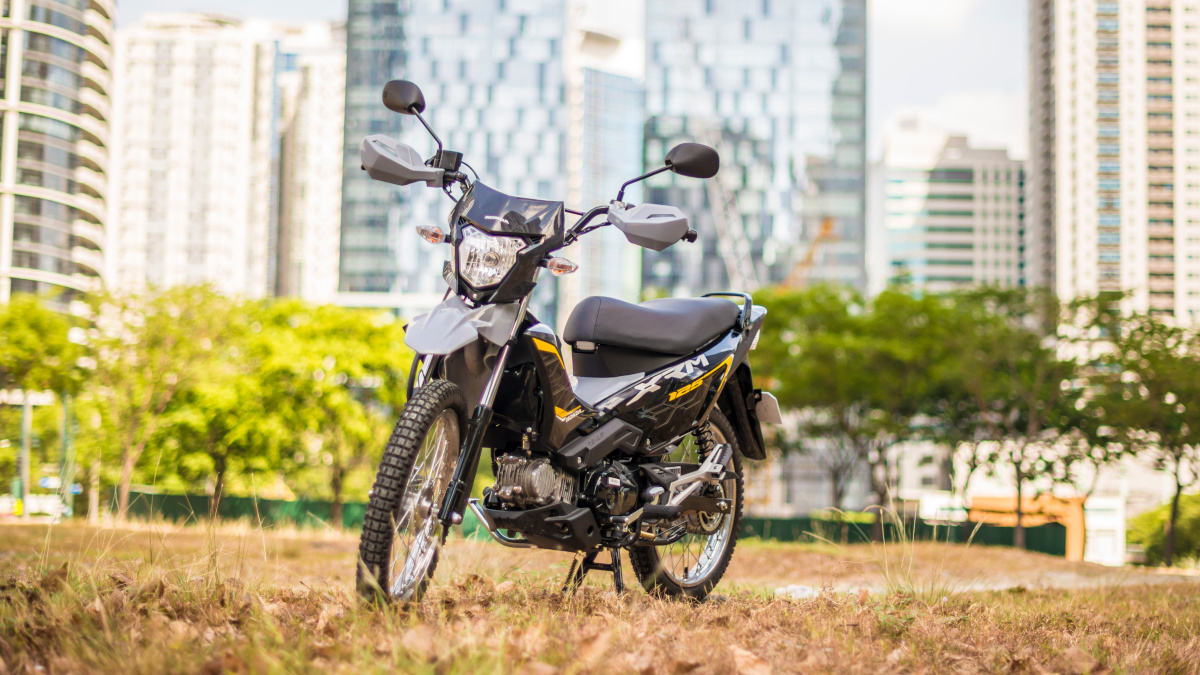